The Cambridges Arrive in Canada: Kate, Will, George and Charlotte Begin Royal Tour

The Duke and Duchess of Cambridge and their children arrive in Canada, all in matching blue. 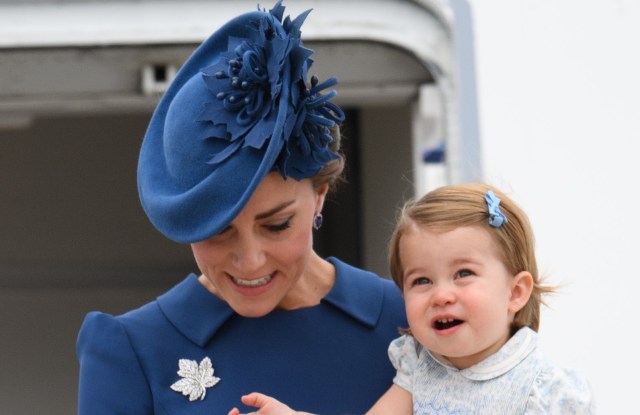 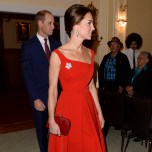 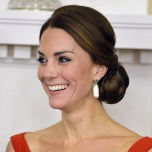 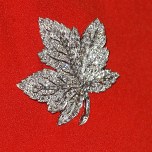 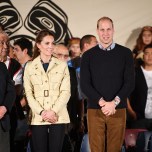 The Duke and Duchess of Cambridge (aka Prince William and the former Kate Middleton) touched down in Victoria, British Columbia Saturday with their children Prince George and Princess Charlotte in tow. Canada’s Prime Minister Justin Trudeau and his wife Sophie Gregoire-Trudeau were ready and waiting. The Royal Couple have started a weeklong stay that will include 30 engagements including taking a sea plane ride for a trek through the Great Bear Rainforest.

The Duchess went with one of her favorite designers for her arrival wearing a vibrant blue dress from Jenny Packham. Gregoire-Trudeau showed her Canadian loyalty choosing a head-to-toe ensemble from brands from her homeland. She opted for an Editions de Robes dress, Hudson’s Bay shoes, Anzie jewels and a hat from The Saucy Milliner.

The Royal foursome’s stay in Canada will be considerably more outdoorsy thank Kate’s and William’s 2011. A stop at the Kitsilano Coast Guard Station in Vanier Park and a pass by Bella Bella’s main jetty will be part of their itinerary. While not entirely, the dress code will be more relaxed than their trip five years ago, when the Duchess wore dresses and smart suits from Roland Mouret, Erdem and other British designers. In an act of hospitality, Canadian designer Lucian Matis sent a few of his designs to the Duchess’ team. But the few formal
options he offered including a one-shoulder gown were politely returned, the designer said.

Individualistic as they are, the Duchess and Canada’s First Lady each are deeply committed to their respective charities and young families. Both women have been known to repeat an ensemble for the occasional public appearance from time to time. Gregoire-Trudeau did just that not so long ago when she and the prime minister visited The Great Wall of China.

See all Kate’s outfits from past trips to Canada here.