A very British welcome party took over the pink sand-covered set of the Dior men’s spring 2020 show on Friday. 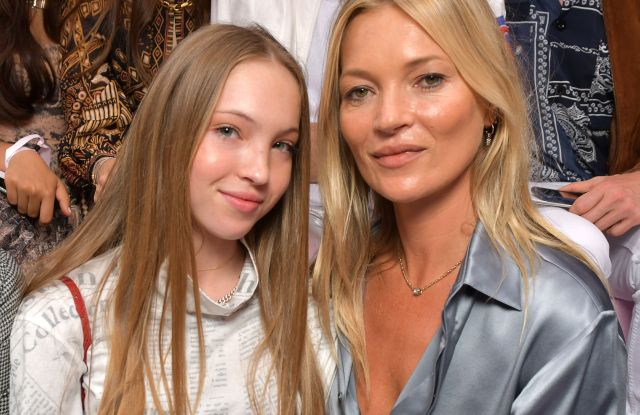 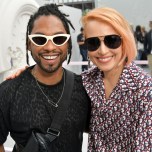 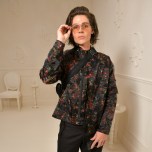 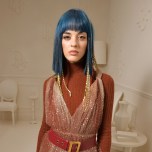 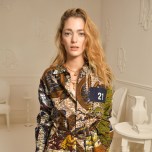 PASTEL LADIES: Was there a theme we weren’t made aware of?

Most of the celebrities who turned up to support designer Kim Jones’ spring 2020 collection for Dior — set in a Daniel Arsham-designed decor complete with bright pink-colored sand covering the runway — donned pastel colored-hair, including Kelly Osbourne, sporting a mauve bob the exact shade of her manicured nails.

“We meet here every year,” said the British singer and actress, cozying up to American actress Christina Ricci front row at the show, adding that her next secret project is making her move back to the U.K., which she is “very happy about.”

Ricci, whose next film “Percy” with actor Christopher Walken will hit theaters this fall, was curious about what was currently happening in the streets of Paris. “Why are there so many people?” asked the “Buffalo 66” star.

That day was the Fête de la musique, or music day in English, a free celebration during which live concerts are staged all over the city.

“Everyone seems to be having such a good time, it looks so fun,” Osbourne said. “I’m a bit jealous we’re not out there.”

“I’ve only had it for two days,” laughed the actress, who is promoting “The Captor,” her new flick exploring Stockholm syndrome in which she stars opposite Ethan Hawke.

What was it like working with the “Before Sunrise” dreamboat?

“He’s so funny, easy and playful,” said Rapace, who plays a hostage who falls in love with her captor, played by Hawke. “I love working with him.”

It’s hard to keep track of Lily Allen’s hairstyle changes — the British singer has been everything from long-haired brunette to platinum blonde and even a bubblegum pink-haired pop princess.

Sitting on the other side of the runway alongside Louis Vuitton designer Virgil Abloh and various members of the Arnault family — LVMH Moët Hennessy Louis Vuitton chairman and chief executive officer Bernard Arnault; Berluti ceo and LVMH head of communications and image Antoine Arnault with Natalia Vodianova; Delphine Arnault, second-in-command at Louis Vuitton, and Alexandre Arnault, ceo of Rimowa — Allen was a ginger babe on this day.

“I’ve just finished touring and am now working on some more music-related projects, but they are top secret,” said the artist, bopping to the show’s tunes — Malcom McLaren & The Bootzilla Orchestra’s “Waltz Darlin.”

There were no changes to Kate Moss’ signature blonde locks, which were perfectly replicated on the head of her escort that day: her 16-year-old daughter Lila Grace Moss.