Kate White Discusses ‘The Fiancée,’ Her Fifteenth Book, and the State of Media

The author usually starts thinking about her next book four or five months before she hands one in.

With this week’s release of her 15th book, “The Fiancée: A Novel,” Kate White discussed the writing life and media’s future.

The HarperCollins tome is set up as a locked-room mystery with all of the activity occurring in one location — a suitable choice given the past year. With a home in Bucks County, Pa., White said she easily conjured up an estate there for the literary backdrop. Many associate her with her run as editor in chief of Cosmopolitan magazine, a post she held from 1998 through 2012. Mademoiselle, Child, Working Woman, Glamour, McCall’s and Redbook were also stops on her career path.

Over the years White has turned to some law enforcement officials, lawyers and the aptly named former “death scene investigator” Barbara Butcher for guidance. A forensic sciences specialist, Butcher was the former chief of staff of New York City’s office of the chief medical examiner. Having worked with Butcher since her first book, White said once she had asked Butcher for some information about how long it would take someone to bleed out after being slashed across the neck. “She had sent me a couple of photos and I just stuffed them in the folder I carried around at Cosmo. I went to a management meeting and I opened it. Fortunately, no one saw it. It was this hideous shot of someone who had been slashed across the neck.”

Writing books requires such a different kind of writing than writing for magazines, she said. “In addition to being an editor, I’d been a featured writer at Glamour. I’d done pieces like, ‘My Night at a Sex Toy Party,’ and I was a clown in Ringling Bros. & Barnum Circus. They sent me to Ringling Bros. to do this training for a day and then I had to perform at Madison Square Garden. It was the most horrible experience imaginable,” she said with a laugh. “But that’s all about telling, and fiction is a lot about showing and not over-telling. I had to learn to burn off a lot of that telling part.”

Having won a Glamour’s “Top Ten College Women” contest in college, landed on the magazine’s cover, as well as a job interview that led to an entry-level post, she understands the importance of opportunity. Years later after being the editor in chief of Cosmopolitan, after hearing from women of color that they did not see themselves represented in the magazine, White mandated that at least 25 percent of all photography had to feature women of color. Someone was in charge of ensuring that happened each month, she said. “I strongly believe organizations can’t simply wait and hope to be inclusive. They need to institute strategies and policies that make that happen.” she said.

Throughout her magazine career, White thought at one point she would get back to writing a mystery. She did so while the editor in chief at Redbook magazine. That mystery had to be placed in a drawer for a while when Hearst came calling and White took over the editorial lead at Cosmopolitan. While taking the magazine to number one in single copy sales, she rose early each day to write before taking her kids to school. “I ended up getting a mystery done. I kept doing it at Cosmo to have a backup plan…I’m in this perilous world and if I get fired, I will have an option.” she said.

“Cosmo was such a fun job. I just tried to do both for a long time because I thought, ‘I don’t want to leave to do this. I’ve got the job that could not be more interesting and the team is incredible.”

As an editor who always tried to study the numbers, White said she could see what was coming and didn’t want to be around, “when it’s like one of those parties where there are wet potato chips on the table and you realize, ‘I should have left two hours ago.’”

White still holds hope for the magazine world, envisioning Hearst and Condé Nast to create niche well-designed print magazines that might appeal to a small group of people. “I honestly think it’s been a terrible mistake to put people who do websites in charge of print products. The proof is in the pudding,” referring to Glamour and other magazines ceasing print versions. “I read everything online so I don’t have any problem with the internet in terms of getting my content.”

The shelter category could be prime for small-batch print magazines although magazines are by no means going back to their heyday, White said. The idea that younger mobile-only readers could be wooed to pick up a print magazine could happen. “It’s possible with the right experimentation we would find there is a way to lure somebody who is young into holding print in their hands.” said White, noting how her son, who is in his 30s, is all digital except for books.

Media’s push toward the experiential will work for some companies, but it will also be too time-consuming for some consumers, who only have so much non-working time, White said. Singling out The New York Times’ breadth of way to experience content as a winner, she said, “All of these places will figure out what gets traction and what doesn’t.”

Whether working stateside or in her family’s winter retreat in Uruguay amid the tweets of parakeets, White revels in the freedom that writing books and being her own boss allow for. As much as she loved her magazine career and “all those years where she tried to be a good employee,” White said she secretly had a rogue side that wanted to work on her own. 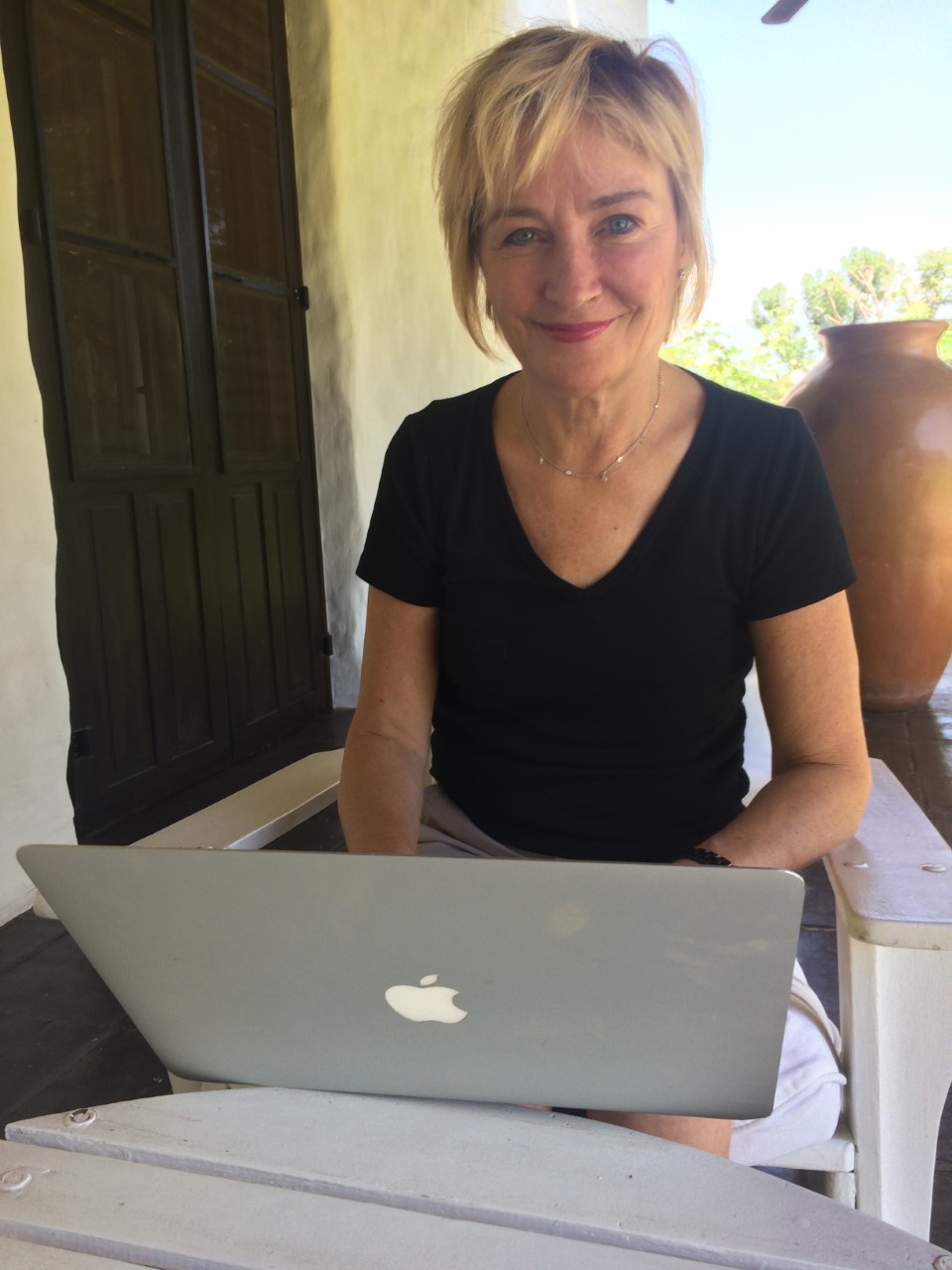 Having also written four nonfiction books that offer career advice, White said a woman once approached her at the Pottery Barn store in New York City and said, “Thanks for the $40,000 raise.” After exiting corporate life though, White felt she was getting too removed from what was going on to be addressing that subject. Right before the pandemic struck, she decided that her days of doling out career advice publicly were over. 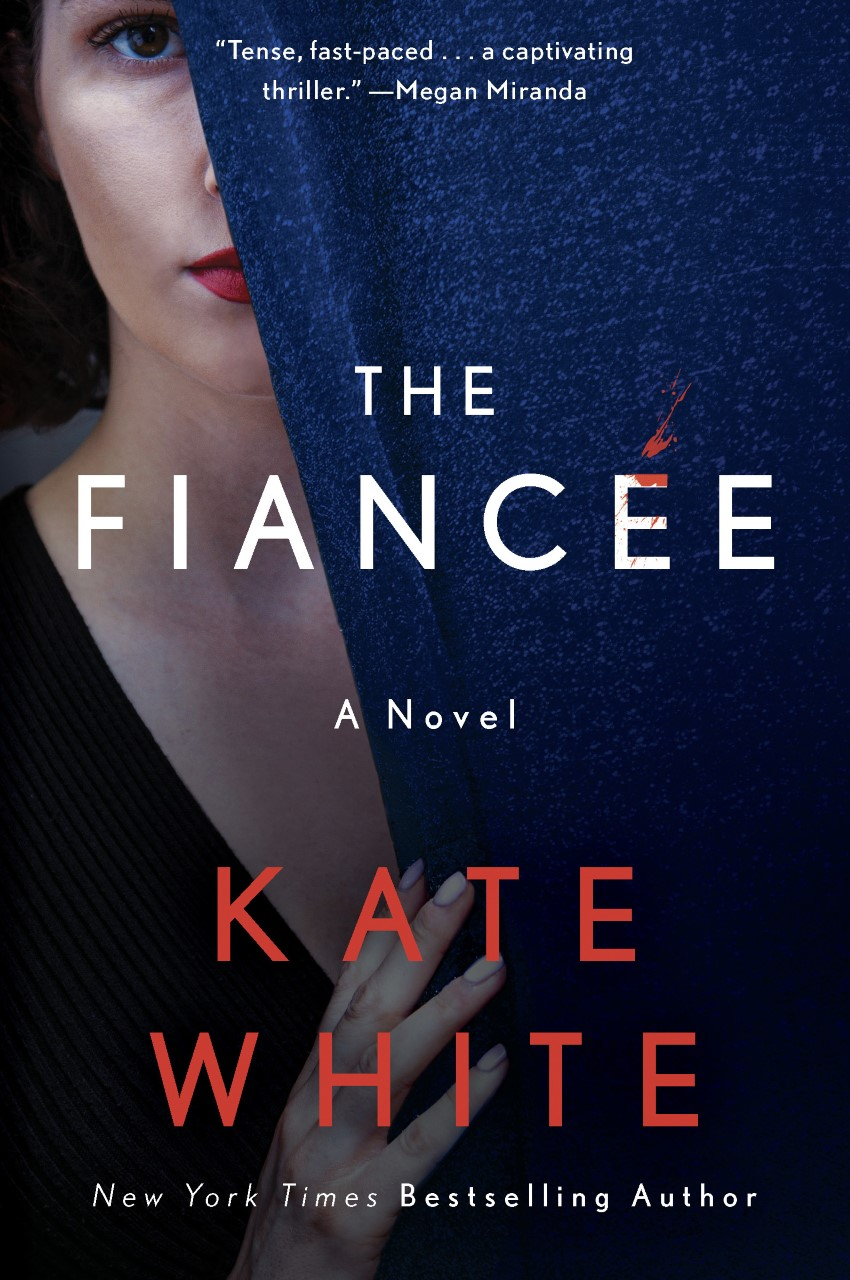 With “The Fiancée” out, a virtual book tour is the plan for now with the hope that in-person events will become more common this fall. White has already committed to an IRL one that is part of the Doylestown Bookshop’s upcoming hybrid book fair. Acknowledging the renewed interest in bookstores, “Just as people have tried to be supportive of museums, hopefully that will happen with book stores,” she said.

Readers and aspiring writers often ask at such events whether she is a plotter or “a pantser,” lingo in the suspense game for those who plot their books or go by the seat of their pants. “I just say, ‘I’m never going to be called a pantser,’” White said. “Right now a lot of people have that fantasy that they have a book in them — a memoir, a suspense book. When they come to the talks, they’re interested in not just hearing about your book and what you’re up to, but what you can tell them that they can use. I went to a lot of those talks myself when I was toying with writing my first mystery.”