It was her first fashion show, said Kennedy, who skipped over from London where she is working on the "Cassian Andor" series. 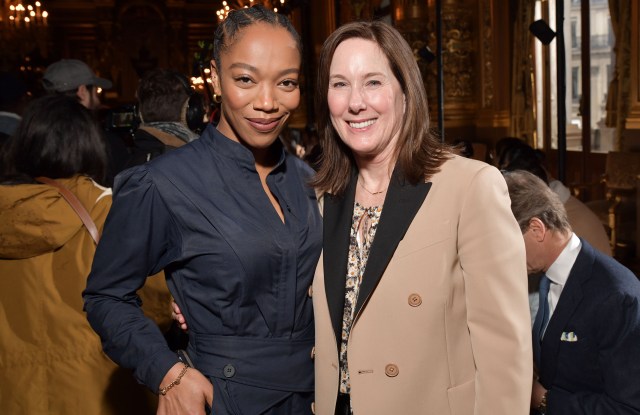 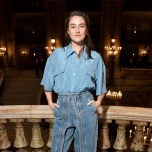 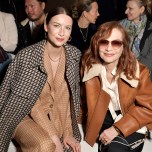 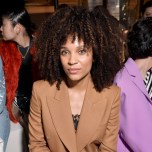 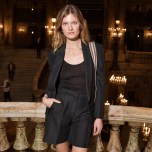 TALKING TREES: Guests streaming into the Opéra Garnier for the Stella McCartney show were greeted with people in plush animal costumes handing out seedlings.

Some declined — not so practical when traveling.

“I said no, plant that on my behalf,” said Kathleen Kennedy, who was attending a fashion show for the first time.

“I’ve never been to a fashion show — ever,” she laughed. “So when Stella said ‘Why don’t you come?’ I said ‘OK!’ I was going to be in London so I just jumped on the train and came over,” she said. At least she knew one person at the show, she added, pointing out “Star Wars” actress Naomi Ackie across the runway.

The producer is launching the new TV show “Cassian Andor,” and will work on “The Mandelorian” after that, she noted, ticking off her latest “Star Wars” projects.

That doesn’t leave much time for gardening, but she enjoys the oak trees, sycamores and eucalyptus around her house. Her favorite?

“I love the oak trees. California oak is beautiful,” she said.

For Ackie, it’s the sycamore. “That’s the one where you get those cool leaves, you drop them from a height and they go wizzzzzz,” she said.

The actress is about to start work on her first musical, “a really cool Indie project,” called “The Score” with Johnny Flynn, Will Poulter and Antonia Thomas, in which she plays the role of “a girl in a café who sings a bit and maybe falls in love.”

She, too, declined the offer for the tree — also heading back to London.

“The thing is, I’m wondering if I’m allowed or not — I don’t want to break any rules. But I want a tree!” she said.

Minami didn’t take one either, she’s headed to Los Angeles, but her favorites are the Sakura and chestnut trees. The Franco-Japanese actress plays the role of Aileen in just-released “Minamata.” The film, which stars Johnny Depp, is about a mercury poisoning disaster on the west coast of Japan.

“I understood that it’s not just a problem for Japan, mercury poisoning is a problem in the entire world,” she noted. Still, the film brings hope, she added.

‘Death on the Nile’ Film Will Spotlight Tiffany & Co. Jewelry and…