A change in plans isn’t always bad, just different. Katy Hessel, the 26-year-old art curator and historian who runs the Instagram account @thegreatwomenartists, was set to do a talk with the artist Josephine Meckseper at Timothy Taylor gallery in mid-March. While that event was canceled due to the pandemic lockdown in the U.K., the London gallery proposed an alternate idea: curating an online exhibition.

The show’s title — “Dwelling Is the Light” — comes from William Wordsworth’s 1798 poem “Tintern Abbey.” Hessel was inspired by the poem’s contemplation of nature, and the artworks selected for the show explore the interplay of outdoor and indoor spaces as seen through a female lens. “Women have often been confined to domestic spaces, and been confined to domestic craft materials,” says Hessel. “The women in this exhibition are taking on that subject, but reimagining it in a bold and powerful way.”

Without the burden of having to physically procure every piece, Hessel was able to quickly round up work from artists based around the world, including Kiki Smith, Sanam Khatibi, Antonia Showering, Cassi Namoda, Lucy Williams, and Pamela Phatsimo Sunstrum. The exhibition spans five decades, including work such as Diane Arbus’ portraiture from the Fifties to a 2020 painting by Cassi Namoda, whose art depicts family life in post-colonial Mozambique. 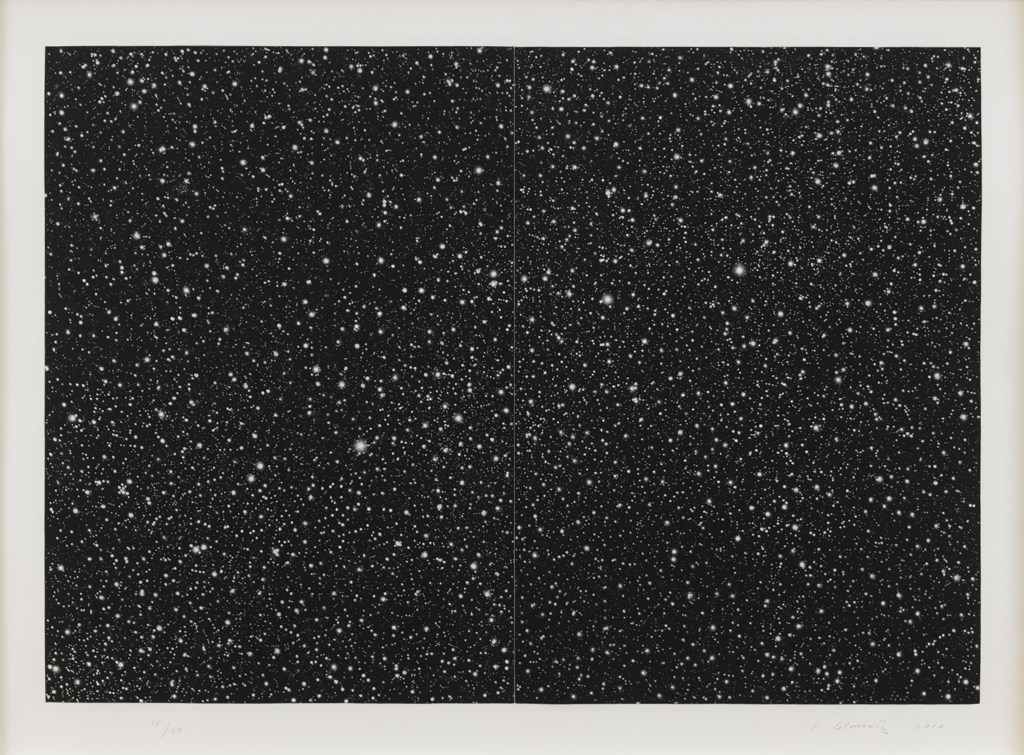 There are varying interpretations of landscape on display — Vija Clemins’ photorealistic representations of ocean waves and the night sky versus Hope Gangloff’s colorful and figurative approach to the night sky and flowers — which also extend into domestic spaces, such as Hilary Pecis’ use of the sublime to bring the L.A. landscape indoors. Other artists, like Prudence Flint and Antonia Showering, introduce the physical female presence into their pieces.

“An online show brings all these dialogues together,” says Hessel, who describes the resulting show as a visual essay. Lines from Wordsmith’s poem and pull quotes are introduced between works on the page to highlight themes and throughlines in seemingly disparate pieces.

Despite the advantages of an online-only show, there are considerations to navigate. While some in the art world have applauded the price transparency — prices for “Dwelling Is the Light” range from $125,000 for a Clemins to $5,000 for a smaller Gangloff piece — you also don’t want exhibitions to read as online shops. And without careful page design, the curation sometimes gets lost in translation. The lingering question is how all of this will affect travel and time-intensive art fairs, with the first wave of spring shows having already migrated to online viewing rooms.

In addition to curating the Timothy Taylor show, Hessel has stayed busy at home in London producing the Dior Talks podcast on feminist artists, which launched in March. For recent episodes, she’s interviewed Penny Slinger, Tracey Emin, and Vicki Noble. Hessel also produces her own podcast, “The Great Women Artists Podcast,” which returned from hiatus this week.

She began her collaboration with Dior in January, when she traveled to Paris to help make a short film on Judy Chicago, who inspired Maria Grazia Chiuri’s latest couture show.

“[Chiuri’s] vision for feminist art is just amazing. And I think her global reach is the most mind-blowing aspect of it; she can really educate people,” adds Hessel. “It’s about giving people that point of entry in a thorough and deep way.” 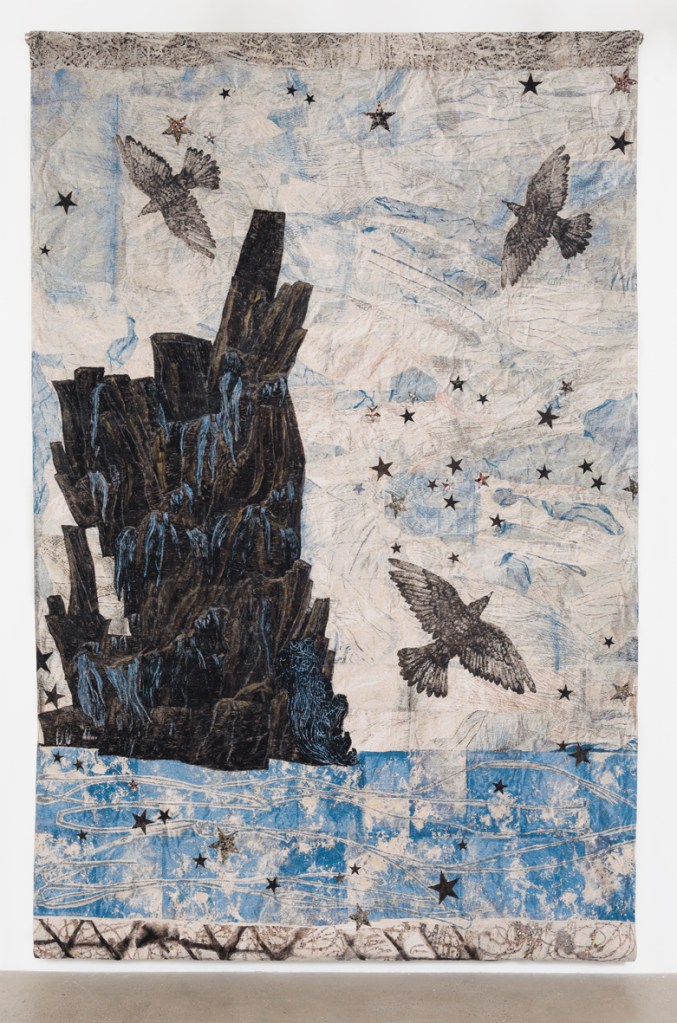 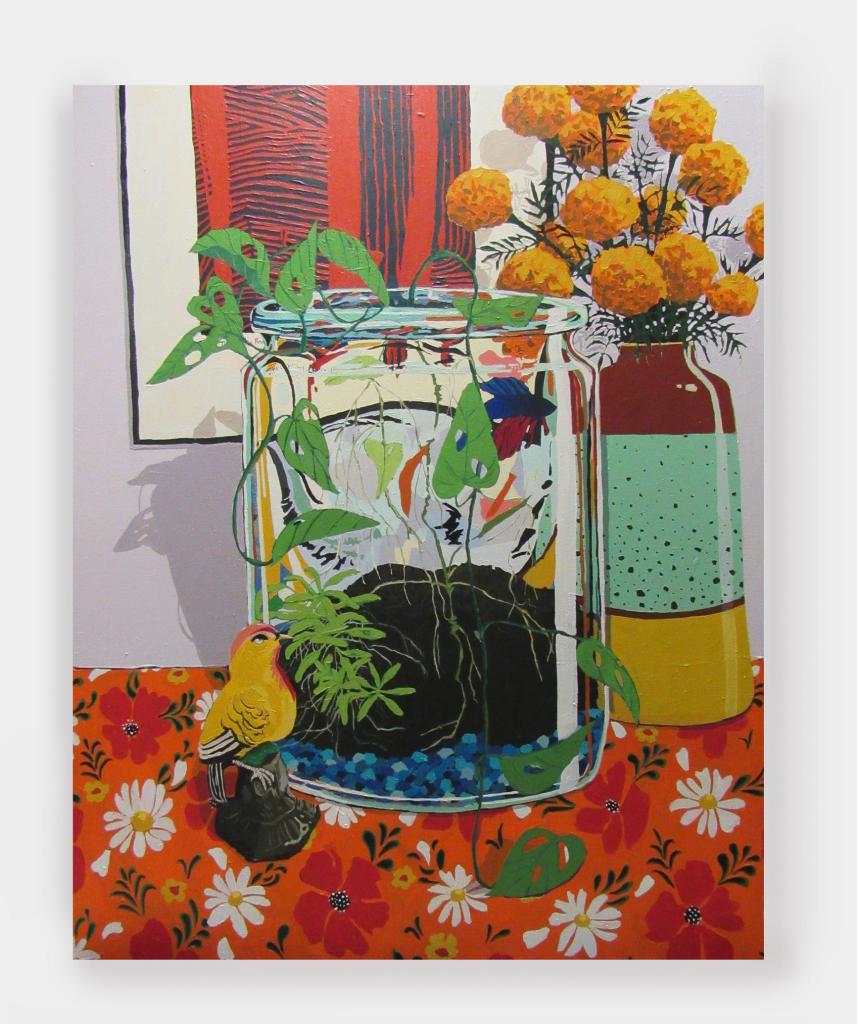