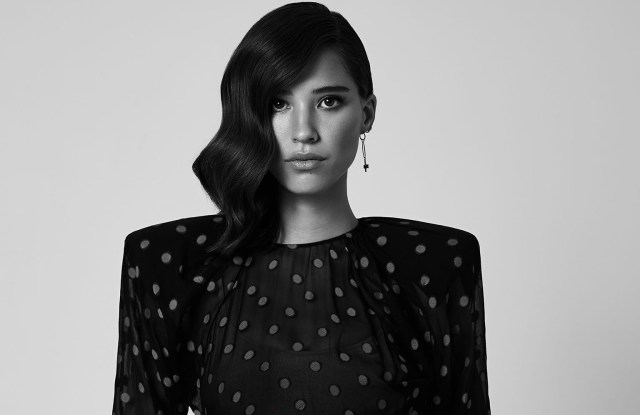 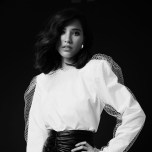 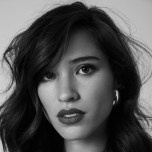 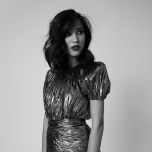 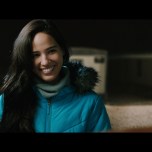 “The first time I met Jeremy [Renner], I had all my attack makeup on with bruises and blood running down my face,” Kelsey Asbille recalls. “He came up to me and said, ‘Be careful out there, darlin’.'”

The actors were on set for “Wind River,” written and directed by Taylor Sheridan, and Renner was addressing Asbille in character as Natalie, a young Native American woman whose body is discovered in the back country snow of a Wyoming reservation. That isn’t in any way a spoiler; it’s the opening scene of the film. Sheridan’s Western murder mystery hinges on her disappearance and follows U.S. Fish and Wildlife Service agent (Renner) and FBI agent (a tough Elizabeth Olsen) investigating the circumstances of her death.

The petite actress came up through the Disney cannon, racking up additional roles on shows such as “One Tree Hill” and “Teen Wolf.” “Wind River” requires Asbille to carry a particularly violent scene and marks the unassuming actress as someone who’s able to make the shift from teen acting to confronting mature roles with aplomb.

“They let you know beforehand about the sexual violence that was included to make sure you were comfortable with it, and it was something that, as an actress, I didn’t want to back away from,” says Asbille, soft-spoken and deliberate. “It’s one of the first roles where I felt such responsibility to the character — not only due to my heritage, but also just as a woman going through that kind of circumstance.”

The 25-year-old actress, who hails from South Carolina, is part Cherokee (Eastern Band) and half Chinese.

“It’s an honor for me to play on my Native side or Asian side — it’s always an honor and responsibility,” she continues. “The film is very fortuitous with what is going on with Standing Rock, and I was very involved with that. I went up there; I tried to listen to women who were in that situation and what they went through. I wanted to make sure that there was a strength to [Natalie], even in that [pivotal] moment [of the film],” Asbille recalls. “I was very nervous beforehand, but by the end of [filming], I was very confident with how it was captured and represented.”

Already an accomplished screenwriter, “Wind River” is Sheridan’s directorial debut and his latest meditation on the modern American frontier; he also wrote “Hell or High Water,” for which he received Oscar and Golden Globe nominations for Best Original Screenplay, and “Sicario.” “Wind River” premiered at Sundance in January and again during the Cannes Film Festival, where it screened in the Un Certain Regard category and earned Sheridan an award for best directing. Harvey Weinstein accepted the award on his behalf during the festival, reading a prepared statement that highlighted indigenous issues. In part: “It is a great shame of my nation, the manner it has treated the original inhabitants of North America. Sadly, my government continues that shame through an insidious mixture of apathy and exploitation.”

While “Wind River” is a relatively quiet film compared to the summer’s mega-hyped blockbusters, its message has benefited from the backing of an influential mainstream industry player — coming from Weinstein, the sentiment hits a wider circumference. “I think with Harvey Weinstein backing the film, he makes the story accessible on a global level, which means that the story gets heard around the world,” Asbille says. “I think that’s incredibly important, and I know that Taylor has been so grateful to work with Harvey.”

The version of the film shown at Cannes featured one very notable addition from its Sundance world premiere: text overlay at the end highlighting statistics — or rather, the lack of statistics — on indigenous women who have gone missing or been attacked.

“I think it’s really great that they have added that, because it grounds the film in reality,” Asbille says. “And the reason that you see so many women at a protest like Standing Rock is because of the violence and sexual assault that happens when these pipelines come in and the workers come in, because nine out of 10 of the attackers are non-native. So it’s a statistic that you don’t want to hear but need to,” she continues. “I think Taylor does a great job of showing you the problem so that you can do something about it. He brings it to peoples’ attention so that it becomes a social film, rather than a political one.”

As for Asbille, she’s working to make an influence off-screen as well, studying human rights as a student at Columbia University. “I’m focusing on indigenous peoples’ rights. I’m incredibly driven and want to be able to help in any way.”

She certainly has her hands full. In addition to academics, this fall she’ll appear in the ABC comedy series “Splitting Up Together” and has also re-teamed with Sheridan to film the upcoming Paramount Network series “Yellowstone,” alongside Kevin Costner.