Allen, who uses a wheelchair, stars in the thriller opposite Sarah Paulson.

Kiera Allen stars opposite Sarah Paulson in “Run,” which utilizes a familiar Munchausen syndrome by proxy premise between mother and daughter. That’s unveiled early in the movie, but the directors navigate the story with a few twists and conflict stemming from a central limitation: the main character, bound to a wheelchair, is unable to escape on foot.

The movie marks the first major film for Allen, a wheelchair-using actress based in New York. Last week she made a short trip to Los Angeles for the premiere — and her red carpet debut — at a drive-in theater. It was unexpected given many delays of the project; originally slated for a theatrical release with Lionsgate in May during Mother’s Day weekend, “Run” was eventually picked up by Hulu for a streaming release in late summer. “I wish I could have given everyone big hugs, but we just had to do that from a distance,” she says.

Allen began her journey with the movie two years ago, in the summer of 2018. She filmed a self-tape audition video — with her mother as an off-screen scene partner — then flew to L.A. to meet director Aneesh Chaganty. A chemistry read with Paulson followed shortly thereafter.

“When I first read the script, I immediately e-mailed Aneesh and said, whatever happens with casting, whether or not I’m right for this role, I’m so excited to see this film because it is one of the best representations of a disabled character I’ve ever seen,” says Allen, praising the director’s commitment to creating an authentic portrayal; in addition to educating themselves about ableism and disability culture, Chaganty and his cowriter Sev Ohanian consulted someone in the disability studies department at Brown University. Allen notes she was grateful to have a voice on set, and was able to speak up when aspects of the character didn’t ring true with her own experience. “Anytime I said something was important to me, they took it very seriously,” she adds. “They care about representing the community in a positive way.” 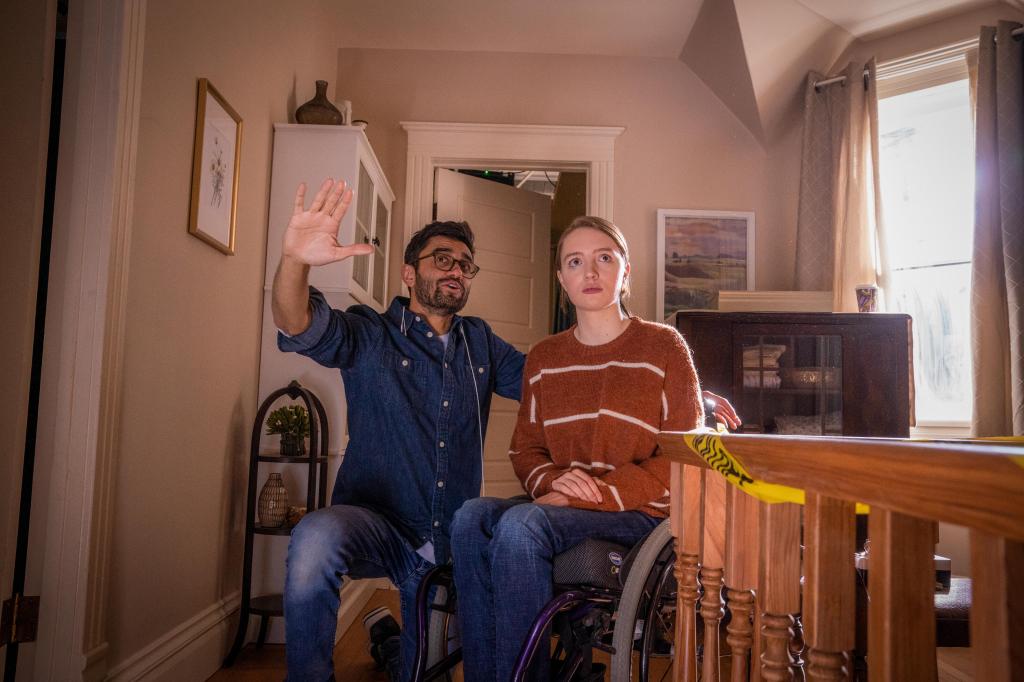 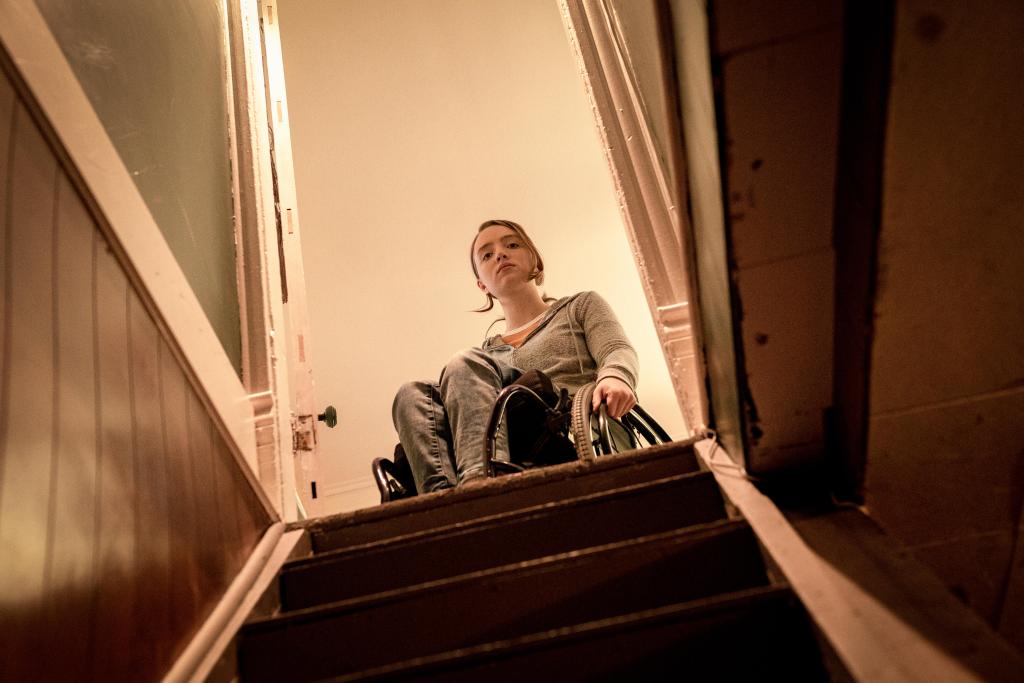 While Munchausen syndrome by proxy has been a popular on-screen premise in the last few years, Allen wasn’t too familiar with the mental illness, and deliberately kept her knowledge limited prior to filming. “The perspective my character is coming from, she doesn’t know anything about it and she is in a state of constant confusion and trying to figure out why these things are being done to her,” Allen says. “So I didn’t want to be one step ahead of the character.”

Despite the nefarious personality of Paulson’s character in the film, Allen credits the actress for helping create the space for her to be vulnerable on-screen.

“Being one of the leads in a two-hander opposite one of our greatest living actors: that certainly could have been a really terrifying and stressful experience. And I think she understood the potential for it to be that, and so she really made an effort to make me feel comfortable,” says Allen. “To have her by my side during this really wild and in some ways very overwhelming experience, it made such a huge difference and made me feel so safe on set.”

Allen, who grew up around theater in New York — her mother is a playwright — set her sights on acting professionally from a young age. “I didn’t have an understanding of what an unrealistic dream that was,” she adds. “It’s really remarkable to be at this moment and to look back and say, ‘Oh my God, that younger self, that eight-year-old self, her dream is coming true.'”

She’s studying writing as an undergrad at Columbia, and it’s shaping up to be a particularly unusual semester: before the “Run” premiere, she had to leave class early in order to film a segment for “The Ellen DeGeneres Show.” “I’m focusing on getting through school and celebrating the moment of this premiere,” she says. “There’s so much going on right now, that I’m trying to stay present and stay in the moment. And I’m very much looking forward to whatever comes next.” 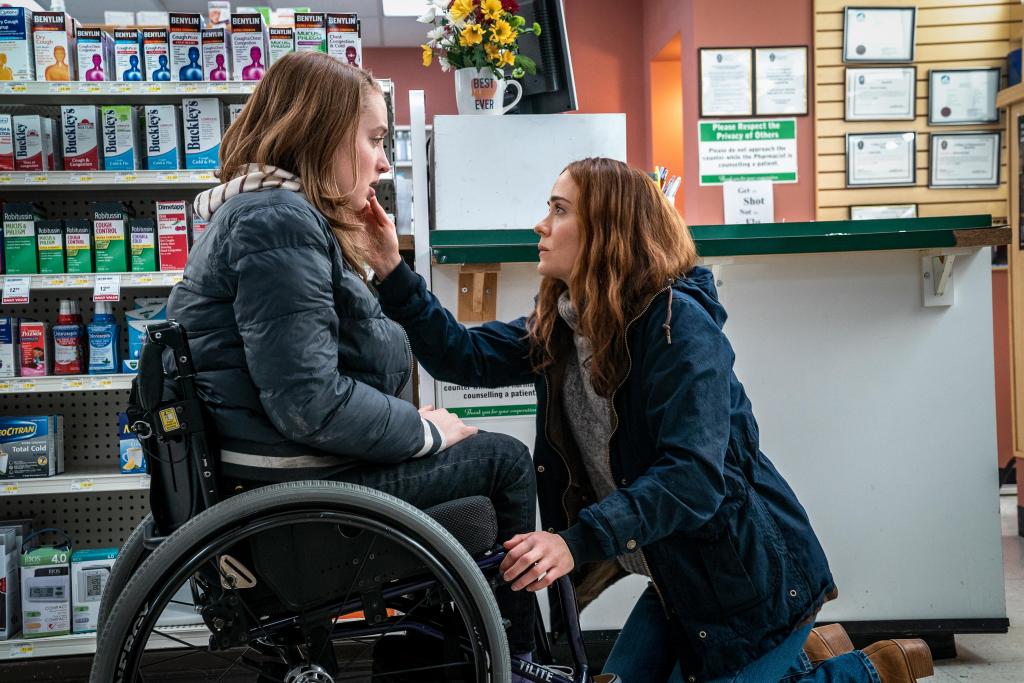 A still from “Run.”  Courtesy of Hulu