Kimiko Glenn, "Orange Is the New Black" actress and star of "Waitress" on Broadway, on backstage rituals and "Orange" pranks. 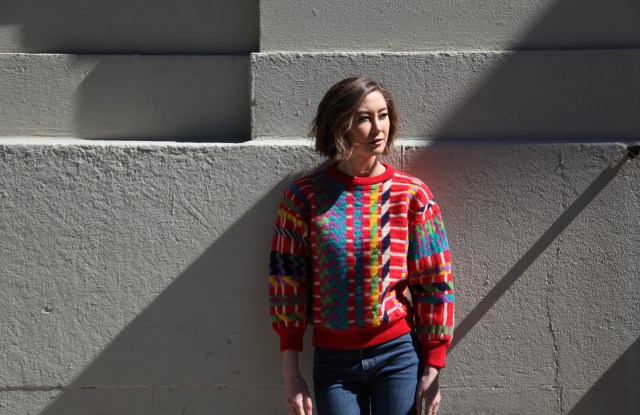 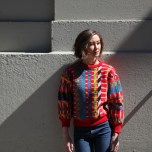 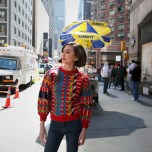 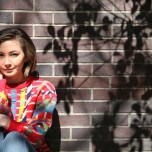 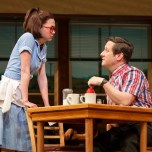 Kimiko Glenn, who transitions from Netflix’s “Orange Is the New Black” to Broadway’s “Waitress,” is living her dream come true of finally making it to a Broadway stage. In addition to “Waitress,” which opened its run at the Brooks Atkinson Theatre on April 24, she’ll next be seen in season four of “Orange,” which comes to Netflix on June 17.

First show you saw on Broadway: “Phantom of the Opera.”

Favorite other show on Broadway at the moment: “Aside from ‘Hamilton?’ I saw ‘Eclipsed’ off-Broadway and found it breathtaking. I also saw ‘Fun Home’ twice off-Broadway and wept like a baby. I’m so excited that all have made the transfer.”

Favorite Sara Bareilles song: “‘Gravity’ is kind of a perfect song and gets me every time. But ‘Brave’ is also such a great jam.”

First song you remember knowing all of the words to: “I’m sure it was from the Celine Dion ‘Falling Into You’ album….Most likely ‘Because You Loved Me.’”

Funniest moment from shooting “Orange Is the New Black”: “In season 3, Soso is dealing with depression and approaches her counselor [Mr. Healy] about the possibility of being prescribed medication. While the subject matter of the scene was pretty grim, in the middle of one of the takes, Michael Harney [who plays Healy] accidentally dropped the prescription sheet on the floor before he handed it to me and took that as his cue to do a very realistic and somewhat violent looking prat fall. We all stood up and screamed. It seriously looked like he hurt himself! But he came up laughing and I died. He is not the type of person to pull that kind of prank so it was hi-larious and really broke the tension of shooting that scene.”

Pre-show rituals: “Nothing too crazy….I always get there at least an hour and a half before the show to get mentally and physically prepped for the show. The other ‘Waitress’ ladies and I have also gotten in the habit of getting a protein box from Starbucks and eating them during intermission to curb the post-show hunger.”

Any superstitions about performing? “I don’t ever say the name of the Scottish play in the theater, just on principal.”

Ways you keep your voice in top shape for performing: “I drink a ton of water. It helps everything. I also love to drink herbal tea before the show. It helps me relax and allows my voice to open up.”

Any spoilers for “Orange” season four?  “There’s some crazy drama. If you’re a fan of the show, stay away from the Internet because you will not want things spoiled. And watch it immediately if you can.”