A new book by the historian Linda Porter takes a look at the charismatic, and enigmatic, King Charles II and his many lovers.

King Charles II of England appears on the Rhode Island Royal Charter of 1663 at the Charter Museum at the Statehouse, in Providence, R.I.

LONDON — Britain’s King Charles II, with his big wig and little moustache, his love of masquerade balls and bug-eyed spaniels, is, along with King Henry VIII, a monarch with a grip on the British imagination.

The symbol of Restoration England, Charles was the sporty, tall and handsome “merry monarch” who restored the theaters when he returned to England after a youth spent in peripatetic exile on the Continent; the founder of The Royal Society, the oldest national scientific institution in the world, and the king who tapped Sir Christopher Wren to rebuild London after the Great Fire. Without Charles’ royal patronage there would have been no St. Paul’s Cathedral, Kensington Palace, Chelsea Royal Hospital or even No. 10 Downing Street. 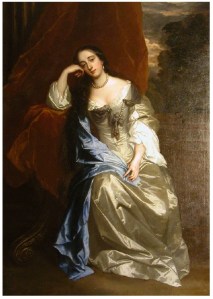 Charles was also a diehard philanderer, often referred to as “the father” of England, with 14 children by seven mistresses, but none by his long-suffering Portuguese wife Catherine of Braganza. His various descendants include Princess Diana, Sarah Ferguson, former Prime Minister David Cameron, former First Lady Samantha Cameron, the Duchess of Cornwall, and scores of others. When Prince William becomes king, he will be the first British monarch directly descended from Charles II, through his mother’s family.

The king’s amorous exploits are so embedded in the culture here that schoolchildren can rap out the names of his mistresses as they sing along to “King of Bling,” which is based on Eminem’s “My Name Is,” from the hit BBC TV Series “Horrible Histories.”

Charles is also remembered for his chaotic early life, and for the difficult backdrop against which he ruled: His father, King Charles I, had been executed by Oliver Cromwell and his Puritan allies, and the young Charles, his siblings and mother spent years drifting around the Continent, borrowing money from family, including first cousin, King Louis XIV of France, and leaning on friends. 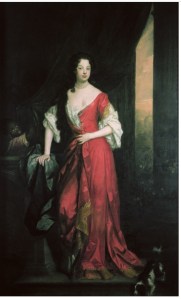 The England that Charles returned to in 1660, aged 30, unmarried, and already the father of numerous children, was still fraught with religious, political and moral tensions. His 25-year reign was marked by battles with Parliament, constant money worries, dubious alliances with his French cousins, a debauched court — not to mention the ever-present threats of bubonic plague, smallpox and syphilis. His reign took in the Great Fire of London, and a period known as the Little Ice Age, when temperatures plummeted across Europe.

In her latest book, “Mistresses: Sex and Scandal at the Court of Charles II” (Picador), the historian Linda Porter looks at the king through the lens of his Portuguese queen, Catherine of Braganza, and a string of mistresses. In doing so, Porter sheds light on the mood of the country and the court in those colorful Restoration years — and on the character of the bewigged man himself.

It’s a pretty radical view: Although the king died in 1685, his antics, personal and political, continue to bewitch historians and writers who have long been indulgent of the Stuart king. She’s not buying the hype.

“He’s gone down in British history as the merry monarch, and people still think of him as a nudge-nudge, wink-wink sort of jolly good fellow type. But I don’t see him that way: He was obviously a man of considerable, but lazy, intellect and he didn’t like the business of ruling. He chose quite competent ministers — and was quite willing to set them against each other,” says Porter in a telephone interview from her home near London. 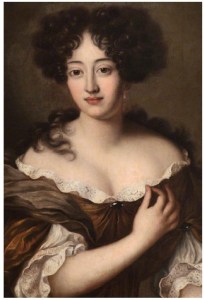 “I think in terms of human feeling, he is a more approachable and likeable person than Henry VIII. But in terms of the way he actually conducted himself, I think he thought he was above the criticism of the country.”

Porter says she finds it hard to like Charles because his treatment of his wife is “quite appalling. One of the things I’ve tried to do to rehabilitate her reputation. She’s not the sort of weepy dope that people think she is.” Catherine, a devout Catholic who was unable to conceive, didn’t exactly have it easy with a husband like Charles, who paraded his shrewd young mistresses in front of her for their entire 23-year marriage.

Loyal, strong and undeterred by her skirt-chasing husband, she made the best of her situation. Catherine brought her fabulous, exotic taste in interiors, art and music to the royal court and famously introduced tea drinking — for pleasure rather than medicinal purposes — to the English. After Charles’ death she returned to Portugal and acted as regent for her brother Dom Pedro II, negotiating trade deals and winning the respect of British, French and Iberian rulers alike. 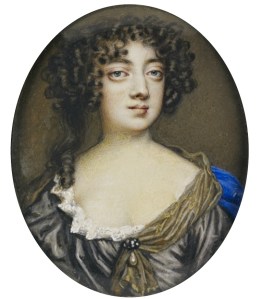 Charles was lucky to have Catherine by his side but he took little notice: He was too busy with the scheming and scandal-prone Barbara Palmer, an upper-class lady with whom he had five children, and with Nell Gwyn, the poor orange seller-turned-actress and a big-hearted spendthrift whose lavish dinner parties were the talk of society.

He was also spending considerable amounts of time with Louise de Kéroualle, a minor French noble with the delusions of a political power broker; Moll Davis, a singer and dancer whose legs the king couldn’t resist, and the beautiful — and unconventional — Hortense Mancini, who was on the run from her maniacal husband.

These ladies — and others — competed simultaneously for the king’s affections, his power and his (unstable) finances as they fought to secure property, titles and regular incomes for themselves and their illegitimate children.

These women also took lovers (to keep themselves occupied between royal trysts) and sought to make advantageous marriages for themselves or their children. Lucky for them the king was a generous sort: He never truly abandoned his lovers, or had them killed. And no matter how much time passed or how many women Charles was juggling, he retained an “easy affection” for his lovers, and his children.

Porter also writes about the publicity these women sought — shamelessly commissioning portraits of themselves as saints or goddesses — and the abuse they were willing to suffer at the hands of courtiers, pamphlet writers, gossips and sometimes their own family members because of their liaisons with the king. 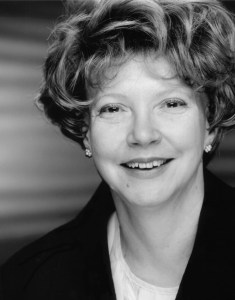 The book includes a vile poem (unprintable here) about the ambitious Barbara Palmer, written by one of her relatives, George Villiers, the Duke of Buckingham. Porter rightfully points out that “even today’s celebrities, accustomed to the viciousness of Twitter, might be shocked by the obscene verses and pamphlets aimed at Barbara.”

These women were the founders of some of the biggest, wealthiest British families, and while their portraits still hang in galleries throughout Europe, “their place in British history, and their influence, is somewhat ephemeral,” admits Porter. “But that doesn’t make them any less fun to read about.”

Interesting and dynamic, “they were the most glamorous set of women from 17th-century England, a bit like what the six wives of Henry VIII are to the 16th century, except there are even more of them. And we know more about them because they’re a century closer to us. We’ve got more of their letters, and they are just more accessible,” says Porter.

Despite having studied Charles and his family in depth (one of her previous books is “Royal Renegades: The Children of Charles I and the English Civil Wars”) Porter admits that, in some ways, she is still no closer to knowing the merry monarch. “Charles was an inscrutable man. I once described him as an enigma even to himself.”

For her next book, Porter is crossing the Channel and turning her attention to another colorful and divisive figure — although with a much larger wig: Marie Antoinette. Porter, who has a doctorate in history from the University of York, and whose specialization was the early modern English and French era, says she’s eager to return to her studies of the French Revolution.

Her plan is to write a book called, “To Kill a Queen: The Last Days of Marie Antoinette.” She believes there’s a lot of information about the controversial queen that is not well-known — or not translated into English — and she’s eager to dive into it.

“Most biographers of Marie Antoinette gallop over her last year in record time, and concentrate much more on her childhood and the period of queen at Versailles, and all that. But I like the Revolution.”