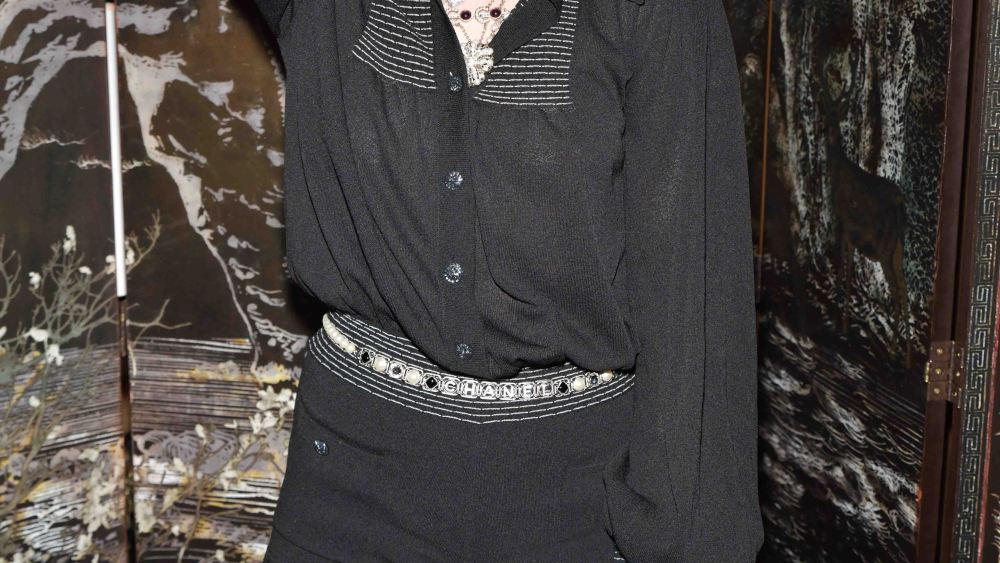 HOME SWEET HOME: Chanel Métiers d’Art shows are usually breathtaking — the last one was an Egyptian extravaganza held in the Temple of Dendur at the Met in New York. This season, creative director Virginie Viard chose a setting that was a lot closer to home — literally.

“I recognized the mirrored stairs straightaway,” said Penélope Cruz, speaking at the Chanel Métiers d’Art fall 2020 show at the Grand Palais on Wednesday, which was set in a re-creation of Coco Chanel’s apartment at number 31 on the Rue Cambon codesigned by director Sofia Coppola. “It’s where Karl had his fittings, right?”

Cruz — who has just wrapped filming “355,” a spy movie also starring Jessica Chastain, Diane Kruger and Lupita Nyong’o — admired the task undertaken by Viard, who took over from Lagerfeld following his passing in February.

“That she manages to keep the essence of Chanel and also make her own mark, that’s something to admire,” she said. “I love that she is so humble, and that everything is about real, hard work.” Which, as a mother of two young kids balancing filming and directorial work, she knows something about.

Marion Cotillard was inspecting her surroundings. “It’s very moving,” said the actress, fresh off filming “Annette,” a musical directed by Leos Carax and starring Adam Driver (who apparently is a dream to work with). “It perfectly captures the essence of the original place: Everything is perfectly intact like in a museum, but it still feels full of life.”

Kristen Stewart was sitting on a plush sofa underneath a packed bookcase, surrounded by dark wood panels decorated with gold details. The actress, a regular visitor of Chanel’s Rue Cambon apartment, felt connected to the late designer’s curated choice of objects.

“I like the fact that everything was completely intentional: Chanel surrounded herself with things she wanted to look at,” Stewart said.

Is that something she applies to her own home? “I’m a little OCD,” said the actress, who stars in “Charlie’s Angels.” “I feel like I can’t think properly about my work unless everything’s perfectly neat. So sometimes I’ll fixate on cleaning my house for like three days. And then I’ll be like, do some eff-ing work!”

Stewart is focusing on her next big project: her first screenplay, the adaptation of Lidia Yuknavitch’s “The Chronology of Water,” a stark memoir of a swimmer and artist navigating issues of grief, gender, violence and sexuality.

“I want to finish it next year, so I’m hoping not to take anymore work to focus on that and get it done,” she said. “It’s extremely daunting to write your own script, but in a good way. I’m obsessed with it; it’s the only thing I f-g care about right now.”

Lily-Rose Depp was experiencing a blast from the past. “I went to Chanel’s apartment for the first time when I was eight or nine years old,” said the actress, who attended the show alongside her mother Vanessa Paradis.

“There’s this picture of me when I was little sitting on one of her chairs, and I remember feeling like I was sitting on a throne or something. I remember my mom explaining to me exactly where I was, and I was already really conscious of the fact that I was in a very special place.”

Margaret Qualley was standing under the giant chandelier in the middle of the show set, dripping with oval crystals. “Look at it closely — do you see that there are number fives and double Cs designed into it ?” the actress pointed out. “I went to visit the original apartment this morning so I’m able to compare pretty well. The attention to detail is remarkable.”

The 25-year-old actress, who was sitting front row with sister Rainey, recently starred in Quentin Tarantino’s acclaimed flick “Once Upon A Time in Hollywood.” How has the movie changed her life?

“To be honest, the biggest difference is that I now have Brad Pitt’s number in my phone,” she grinned.