EXCLUSIVE: Everything to Know About Beyoncé’s Ivy Park Capsule With Peloton

Kohl’s Corp.: Are Separate Dot-com and Store Companies in the Cards?

There are few spoilers ahead for director Joe Wright’s film “The Darkest Hour.”

“The thing is, we all know the story. We know what happened at the end,” says Kristin Scott Thomas, sitting fireside on the fragrant first floor of the Lowell Hotel. “But we’re still like…” — Thomas gasps for emphasis — “gripped, and incredibly moved by this man’s courage.”

The man being described is Winston Churchill, played by actor Gary Oldman, who is cloaked in awards season buzz for his performance; Thomas acts alongside him as Clementine Churchill.

It’s the second film of note to come out this year centered around the Dunkirk evacuation during World War II. While Christopher Nolan’s summer blockbuster “Dunkirk” took place from the point of view of Allied troops, Wright’s story revolves around events during May 1940 in British Parliament, when Neville Chamberlain resigned as Prime Minister and Churchill took his place. The crux of the film is centered around several days in the War Cabinet, when Churchill opposed negotiation talks with Hitler, and set in place plans for Operation Dynamo.

Wright’s film benefits from the context established in Nolan’s film. “I think it’s fantastic to see ‘Dunkirk,’ which is a marvelous film — to see the suffering of these boys and those men, and then to see the other side of the terrifying responsibility of making those decisions of what to do,” Thomas agrees.

“I thought [‘The Darkest Hour’ gave a really great personal insight into this man who made incredible decisions at an absolutely vital time in world history,” she continues. “I was just interested to see how these people work, how does a world leader work, how does his heart work, how does his moral compass work. And I think that was what was thrilling to me…I had no idea that Britain was so close to becoming a Nazi state. I had no idea. And I don’t think many people do.”

While Churchill is the star of the show, Thomas wanted to amp up the importance of Clementine Churchill, who she noted first read like an afterthought in the film, a decorative character to her husband’s story.

“I really fought to give her more weight in the film, to give her more sense to the story. Because I think she was a vital ingredient to the success of Winston Churchill,” says Thomas, thumbing the pendant on her necklace. “It was important to see that she had her own thoughts, and she had her own way of approach to him. She had her own influence on him. And she kept him a human being. Together, they muddled through, they each managed to counterbalance each other. She was very supportive of his decisions and encouraged him to follow his heart.”

While preparing for the shoot, which also included the rare several weeks of rehearsals before filming, Thomas met with Churchill’s grandchildren to help flesh out Clementine’s story.

“I tried to find out one piece of information, which I could not find, was the scent she wore. I never got to the bottom of that. But they told me little snippets and personal details about her, like how she was always impeccably dressed.” Also, sensible. “Her own personal style was interesting to me. You see her visiting the bomb sites, and traveling around London with Winston and she just looks practical and elegant and chic, and I love that. There’s been a lot in the news about dressing for the right occasion, high heels or flat heels, wet weather or dry weather,” Thomas continues, raising her eyebrows. “I think she was the perfect example of how to do that.”

While “The Darkest Hour” continues its march toward awards season, Thomas has her eye turned towards several other projects she has in the works — including her directorial debut.

“I’m looking forward to doing that because I feel it’s just a natural progression from being an actress. I’ve been an actress for many, many years, and I feel the need to tell my own stories,” Thomas says of the decision to jump behind the camera. “With a bit of determination and a lot of luck, I hope to one day be able to do that.”

“It’s very tricky finding financing for films,” she adds. “It’s a mystery to me how films are ever made, to tell you the truth.” 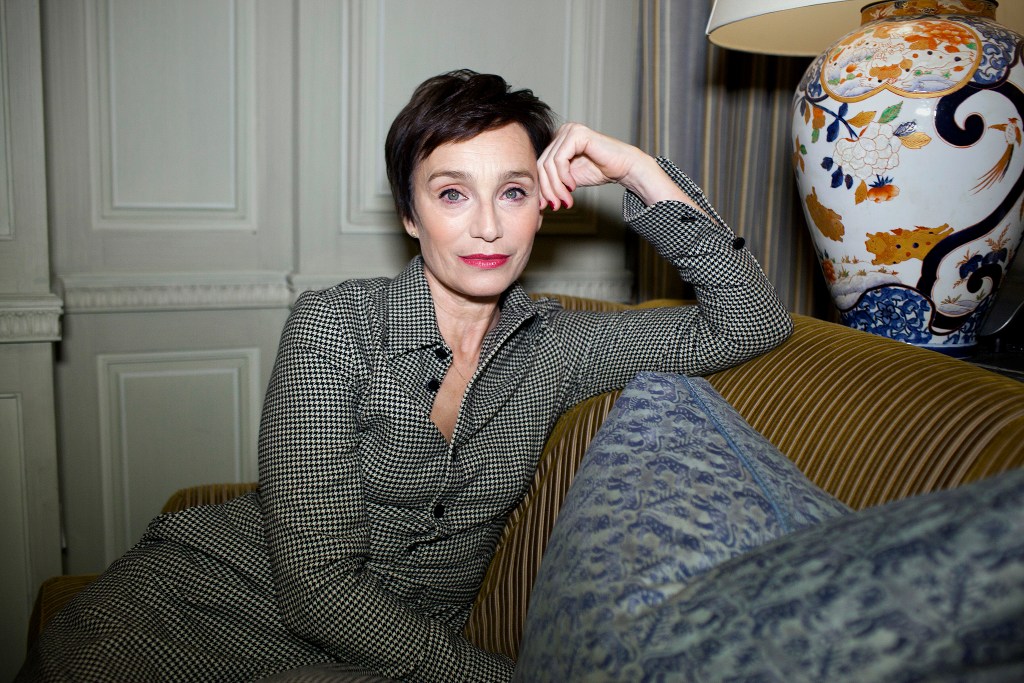