The actress stars in two of Netflix's buzziest fall releases. 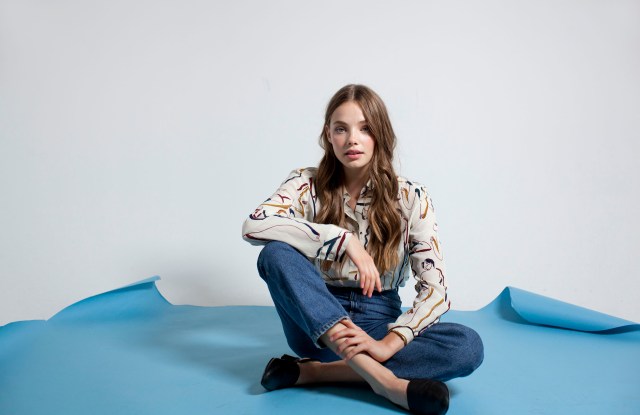 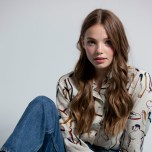 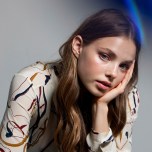 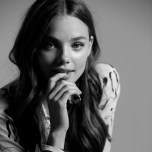 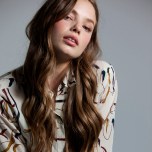 Kristine Froseth had a difficult time watching an early cut of her upcoming film “Apostle.”

“It’s really gruesome. I was pretty much like this the entire time,” says the actress, hands spread over her field of vision. “It’s one of those things where I would have expected myself when watching it that I wouldn’t be so freaked out, because I saw it all happening. I saw them pour the fake blood over everyone, and I saw all the behind-the-scenes parts. But [director Gareth Evans] just makes it look so real, and once you’re in that world, you’re so in it.”

This is a big autumn for the young actress. In addition to “Apostle,” Evans’ horror-cult thriller starring Dan Stevens, Lucy Boynton, and Michael Sheen, which is out on Netflix in mid-October, she starred in September’s breakout Netflix teen rom-com hit “Sierra Burgess Is a Loser” alongside Noah Centineo and Shannon Purser. (She also starred in the miniseries “The Truth About the Harry Quebert Affair,” which was released in September in England but has yet to come to U.S. audiences.)

“All last year I was just filming, which was awesome,” says Froseth. “And all the roles are so different, so it was really cool being in so many different lives all in one year.” She’s filming another Netflix-backed teen drama project, “Hamelins,” in Boston this fall.

The sweet and cheery 22-year-old, who grew up in Norway and New Jersey and now lives in the Williamsburg neighborhood of Brooklyn, got her start in the industry as a model, appearing in campaigns for Prada, See By Chloé, and Juicy Couture.

“I started acting through modeling; a director found me somehow, I assume through modeling, and asked me if I wanted to audition for this project that never got made. But through the whole audition process I met my manager and agents,” she says. (The film was an adaptation of John Green’s novel “Looking for Alaska.”)

“I do think that modeling probably prepared me a lot, just by having traveled a lot and having been on set and having to grow up a little quicker,” she adds. “But in modeling you have to be so aware of the camera, and in acting you’re supposed to…just be in the moment and forget about it all.”

Kristine Froseth in “Sierra Burgess Is a Loser.”  NETFLIX

While she’s left modeling behind, there are still crossovers for Froseth; in September, she attended the Venice Film Festival as Miu Miu’s guest at their Women’s Tales Film Series, where she participated in a talk about Women in Film alongside actress Stacy Martin and moderated by filmmaker Penny Martin. This past summer, she appeared in a video for Armani Beauty, directed by Zoe Cassavetes. “Stuff like that is fun to do, because I was doing it as an actor, not a model, so I was a little more part of the creative process,” Froseth says of the short.

She’s played many parts in her career so far, and when asked about what sorts of roles she’s drawn toward, she lists a few of directors she admires.

“I’m obsessed with the Dardenne brothers,” she says. “I just want to do something like that. So I guess I’m drawn toward doing hyper-realism stuff, like Ruben Östlund, Andrea Arnold — but I also love Steve McQueen,” she adds. “I feel like they explore human nature in such a fascinating way, and that’s one of my favorite parts about acting: you get to understand why people are the way they are, and why they do the things that they do. They see things that a lot of people don’t see, these directors.”

And there’s her link between the gory period flick “Apostle” and earnest, modern-day “Cyrano de Bergerac” tale “Sierra Burgess.” (Not to mention, her character is a romantic interest in both.)

“With ‘Apostle,’ it’s a different time period, very different circumstance, but in the end it’s really fascinating how biologically our greed and our selfishness comes through, and you’re exploring that between these three founders who started the cult they’re in,” she says. “And with ‘Sierra,’ I think it’s a lot about not being brave or trusting who you are, and I feel like high school is such an awful place.”

As for Froseth, she attended two years of high school in Norway and the rest in New Jersey; they were similarly different worlds.

“In Norway, it’s very independent so education-wise I prefer that, and it’s just more relaxed. But where I went to high school [in New Jersey], everyone was going to Harvard, and it was very SATs, after-school activities. Everyone was very on it. Very competitive.”

Not surprisingly, her American high school experience was more her point of reference for her role in “Sierra.”

“It’s all about embracing who you are, which sounds really cliché, but I really fell in love with how they wanted to convey that message,” says Froseth of the project. “How each character is so different from what you’d expect. You should never judge a book by its cover.”

All About Mary Elizabeth Winstead