The pop star has never been one to shy away from the innerwear-as-outerwear look. 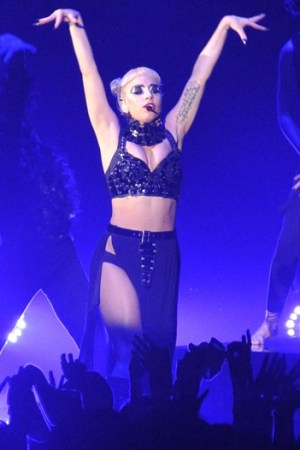 Lady Gaga has never been one to shy away from the innerwear-as-outerwear look — often showcasing her undergarments by simply forgetting to wear pants or a top.

The pop star has flaunted a variety of brassieres, from the machine gun-lingerie hybrid she sported in her “Alejandro” video to the bedazzled cups she had on while flipping off the paps at a Mets game last summer.

Then there was the exploding pyrotechnic piece she wore performing at the MuchMusic Video Awards in 2009.

Here, a look at the best of Gaga’s bras.