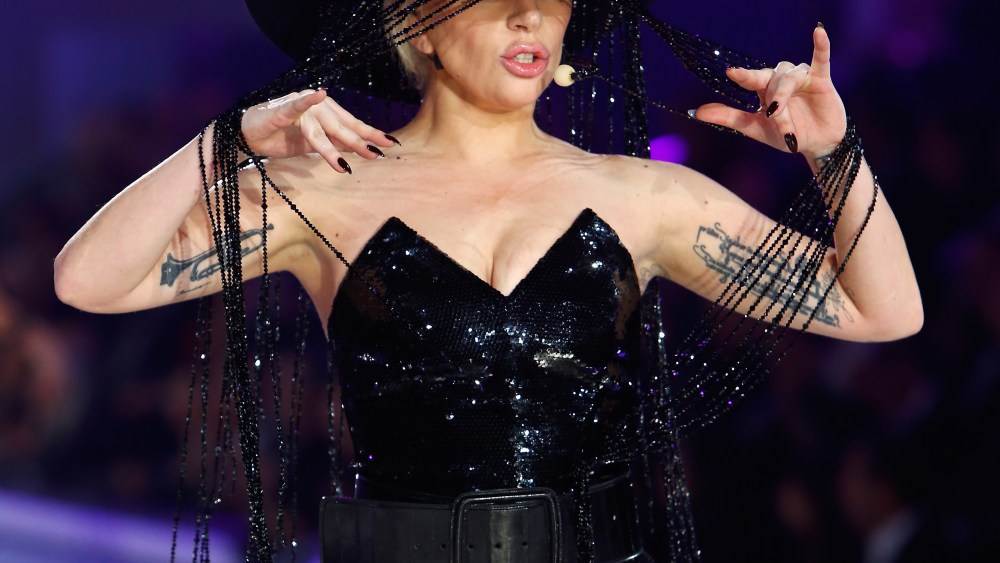 Lady Gaga has sported many unconventional and intricate headpieces throughout her career. From a red lace spiky crown to a Philip Treacy lobster hat to an orb, Gaga’s head has seen a lot.

Lately, the singer has opted for variations of one particular hat, which we first saw her wear in the artwork for her “Joanne” album. Gaga wore a more opulent version of the “Joanne” hat for her Victoria’s Secret Fashion Show performance yesterday, and it took some serious manpower to create.

Gladys Tamez Millinery, who is responsible for Gaga’s “Joanne”-inspired hats, partnered with Swarovski to design a bespoke headpiece for Gaga’s 2016 Victoria’s Secret Fashion Show performance. The collaboration resulted in a black hat adorned with 45,700 Swarovski crystals. It took a team of 10 craftspeople and more than 300 hours to complete, and it features 60 hand-beaded hanging crystal strands. It’s valued at one million dollars. That’s a hat if we’ve ever seen one.

Gaga’s hat craze started with the release of her “Joanne” album earlier this year. Though popularly known as the “Joanne” hat, its actual name is “Marianne.”

Hats off to Mother Monster for serving all kinds of hat-spiration this year. Perhaps the new year will bring a new set of hats, as well.