The actor, who has gained traction since his role in "Get Out" earlier this year, talks starring roles in "Crown Heights" and "Death Note," and working with Jay Z. 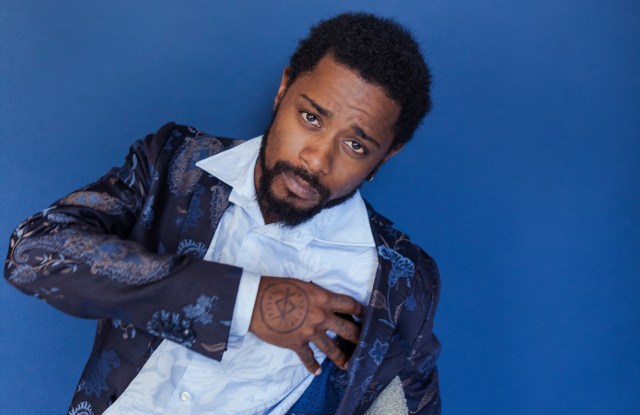 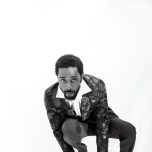 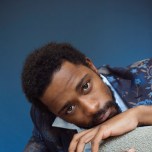 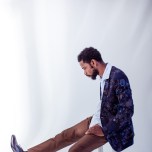 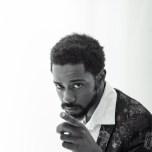 “A death note fell out of the sky and landed on the ground in front of me,” Lakeith Stanfield begins to respond, asked about his casting as the character simply denoted as L in the Netflix film “Death Note.”

“I picked it up, and it had a list of laws. And since me and my squad only break two things — which is hearts and contracts — I didn’t abide by the laws. I just started writing names in the book,” he continues. “And then, I came on board to ‘Death Note.'”

The actor forms an “L” on his forehead with his thumb and forefinger. On discovering that he’d gotten it backwards, he gives a laugh.

If his answer seems unusual, it’s not for Stanfield, who takes a theatrical approach to press. And life. The actor — clad in a blue Etro suit jacket — perches atop a white stool during a photo shoot; later, Stanfield declares a gray chair his “best friend” before pulling a pair of sunglasses out of his pocket. (“Prop of the day,” he says.) Later, he gives himself the “bunny ears.”

“There’s a method to my madness,” offers Stanfield in defense. “I’m not really sure that I would consider myself a method actor in terms of what that actually means.…I just try to do whatever the role requires.”

Earlier this year, his featured role in “Get Out” propelled him to a more recognizable level of fame. “I started walking around and people would yell ‘Get Out’ at me, so I was, like, now I know something’s happening.” A couple of weeks ago he appeared in Jay-Z’s latest music video “Moonlight,” which cast various black actors as characters from the Nineties-era sitcom “Friends,” and this month saw the release of two films in which he has starring roles: “Crown Heights,” where he plays the now exonerated Colin Warner, and the horror-thriller “Death Note,” based on a popular Japanese comic book.

“‘Crown Heights,’ it’s a real story of a guy named Colin Warner who spent 21 years in prison for a murder he did not commit,” says Stanfield. “The real-life guy is here and alive and well so I got to spend time with him to come and understand who he is today. I went to his house — he introduced me to his family, his kids and wife. And they blessed me at a shrine that they had cornered off in their house, and gave me their respect and best wishes to move forward with this.”

His role in the Jay-Z video was just another day in the life for the young jack of all trades, as he tells it. “I barely had even heard of [“Friends”],” he says, recalling getting the call from Shawn Carter himself with the news of his casting as Chandler. “I’d come from an audition and I’m sort of spiked up off of post-audition vibes, feeling really good. I get a random phone call, and it’s Jay-Z and he’s like, ‘I – I – I think you’d be good for this project I’m working on, eh-heh.’ And I was like uh, cool.”

Stanfield is a California boy born and raised, and has been acting since childhood. “In school, before school. My parents allowed me to express it and didn’t make me feel that I was weird for doing it when I was young,” he says, although he’s only begun to establish himself in recent years; his first film credit was “Short Term 12,” first as a short and then the 2013 feature with Brie Larson.

“I like to watch people, because I think it’s just so interesting how humans are, how they can just look at you with a straight face and say ‘I love you,’ and be thinking something completely different. It’s just an interesting game of hide-and-seek and deceit and peekaboo, the human social interaction. I like to study that obsessively. I can’t watch movies normally anymore. I’m watching them like a mathematical equation. I guess I’m just obsessed with it.”

The young actor has three other films slated to come out soon: “Come Sunday,” “Quest” and “Sorry to Bother You.” Asked which directors he’d love to work with in the future, he mentions many of the people he’s worked with in the past — Ava DuVernay, Oliver Stone — as well as Barry Jenkins and Alejandro González Iñárritu.

“I hope to direct something myself one day,” he adds. “I’m trying right now — if you go to my hotel room you’ll see all the books on screenwriting. I need to humble myself and be a student of it first, because I have no idea where to start. I’m working on something, I’m five pages in already, which for me is big.”

More Coverage From WWD.com:
Tom Bateman, In It For the Thrill of It
Ruth Negga, on The Road Again
Alison Brie Readies to Rumble
Patrick Gibson is Becoming a Hot Commodity