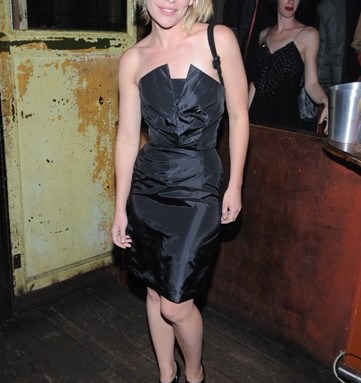 While The Box isn’t generally considered a hot bed of moral rectitude, even the ‘hood’s notoriously stringent Community Board 3 would be hard pressed to find fault with the charity benefit held there on Monday evening.

Mike Myers, a Hammerstein family friend, served as the evening’s host, but even he couldn’t ignore the elephant in the room. “The last time I saw Simon get behind something like [“Only Make Believe”] it was in the back of a bus with an adult film crew,” the comedian joked to the crowd.