After seasons of despair and suffering, things are looking up for Lady Edith says actress Laura Carmichael while discussing the "Downton Abbey" movie.

Laura Carmichael at the Baccarat hotel.

Laura Carmichael admits it: she’s never not talking about “Downton Abbey.” She’s worked on several projects since the popular show wrapped in 2015 — she appeared most recently in the Starz series “The Spanish Princess,” and was in Australia filming the limited series “The Secrets She Keeps” earlier this summer — but her turn as Lady Edith Crawley in the period drama remains her defining role.

While a lot of that talk is rooted in nostalgia, this fall marks a return to talking about “Downton” with a new angle, thanks to the release of “Downton Abbey,” the film. The story, written by series creator Julian Fellowes, picks up around 18 months after where the TV series left off.

“We haven’t left it too long, we’ve all been off doing other things but it feels like we’re not too far from where we left off, which is nice,” says Carmichael, soft-spoken and polished during lunch at the Baccarat hotel in New York. “You realize how much the show taught you and how much your experiences have been informed by that.” 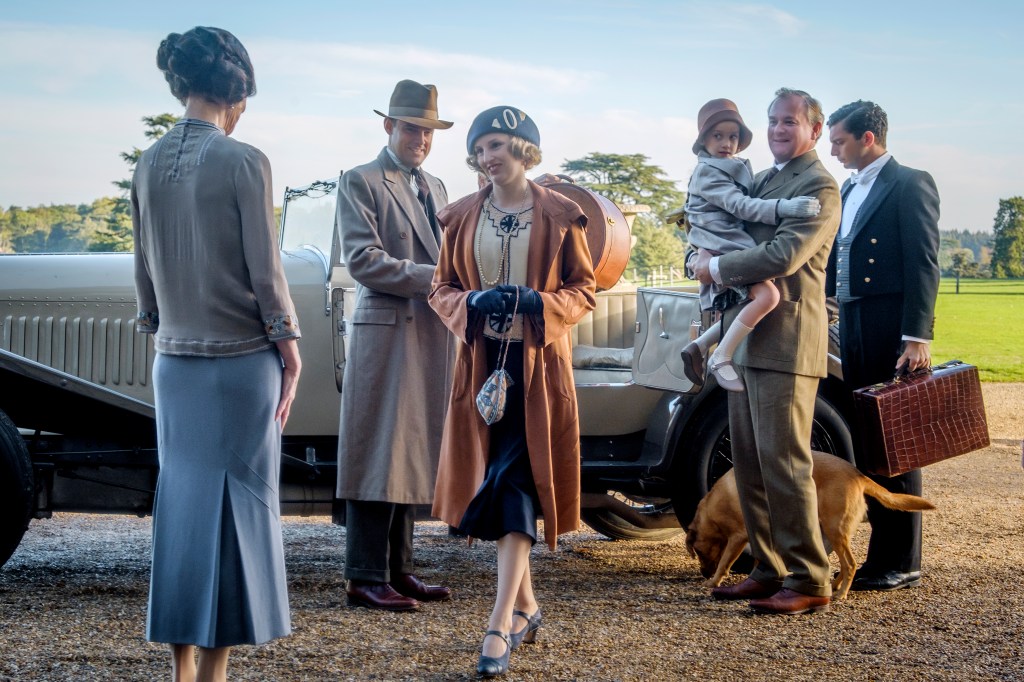 A still from the film.  Jaap Buitendijk

“It really felt like a celebration of the show, because we’re returning to something we knew people had a fondness for,” Carmichael adds, describing her time on the series as “dreamy.” “When I’m talking about it, the thing I feel really excited about is the feeling that you miss these characters, and it’s just so in that world: It’s everybody that you know and love in a slightly amped-up way for a movie. For me, the thrill was seeing everyone become those characters again. Even in a short time, I missed that.”

As for her own character, Lady Edith is now married to Marquess Bertie, which represents a significant jump in social status after seasons of misfortune. “It was really fun for me to go back and, yes, play a character that I know so well, but her status has changed since the last time we saw her, which is kind of fun,” she says. 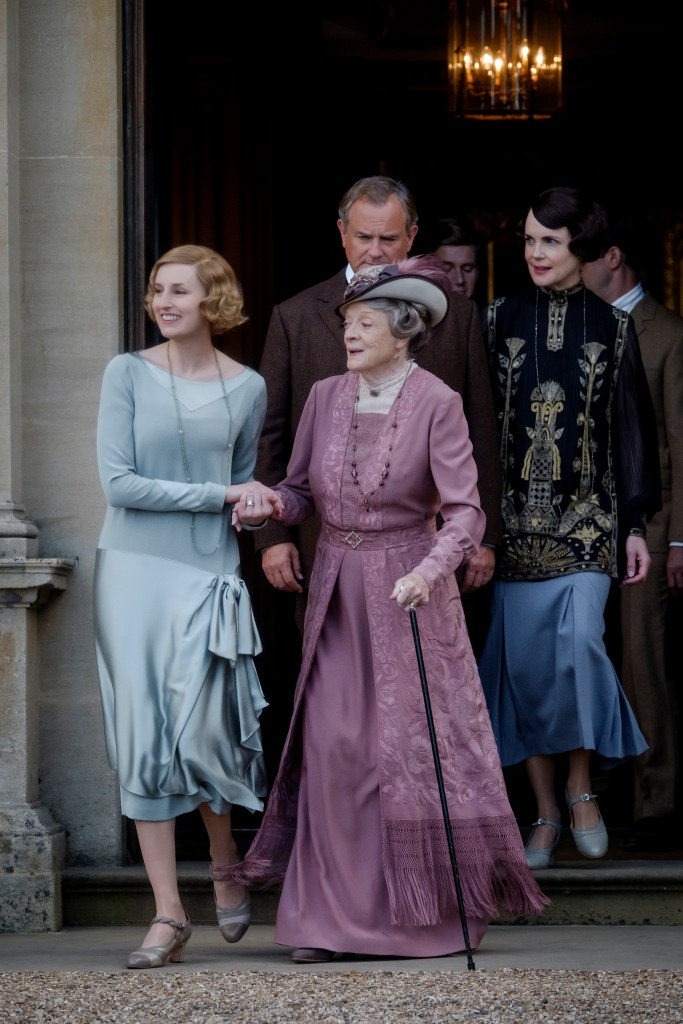 A still from the film.  Jaap Buitendijk

Give the level of fandom around the show, there was pressure to make sure they approached the Downton Abbey world with the same dedication they brought the first go around. “I feel excited that hopefully we’ve done something that [viewers] will enjoy,” she adds. “They’re all really lovable characters — even when they’re not being their best selves.”

Carmichael teases a “very special occasion” that happens in the movie — a royal visit — and the glamour of the film is appropriately scaled for that moment. Overall, the production value of “Downton Abbey” the movie rivals that of the TV series. Visually, it’s the same world and language, but done on a cinematic scale. “It’s the luxury of having more time and space,” she adds. “A lot of [the story] I do think is about how the house looks, how the world of it appears on screen…and so when you get to do that with a bit more time, it just adds to that luxurious feel.” 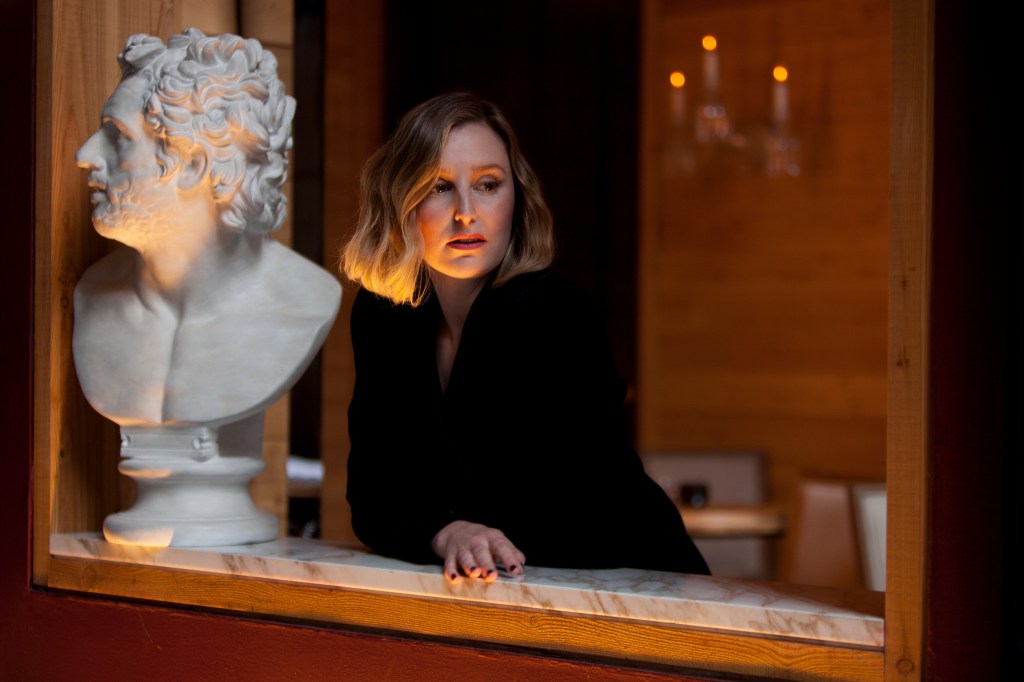 Despite the time away from set, Carmichael, 33, has maintained close relationships with her fellow cast; her partner is Michael C. Fox, who plays Andrew Parker in the series, and her costar and onscreen sister, Dockery, remains a close friend.

“Michelle was home [in London] for a good chunk of time last year so we saw quite a lot of each other,” says Carmichael. “It was really lovely to go back and work with each other; we have such a shorthand with working together. It was a real laugh. Everyone’s so supportive, everyone goes to see each other’s plays. Even when you’re really busy it’s still a network. ‘Network’: one of Michelle Dockery’s excellent plays she did last year.”

In addition to supporting Dockery’s theatrical work, this spring Carmichael had also recently seen JoFro — Joanna Frogatt — perform in a play in London, as well as Smith, who plays Crawley family matriarch Violet in “Downton.”

“She’s magical. She just talks for two hours, it’s unbelievable,” says Carmichael of seeing Smith perform in the one-woman show “A German Life.” “I don’t know how she’s doing it — she always swore she wouldn’t do a play again, and she did a one-woman show, just her for two hours straight through. I was astounded. She’s majestic and so moving. And Joanna was fantastic — we all see a lot of each other.”

They’ve certainly all been seeing a lot more of each other in the press tour lead-up to the movie’s release.

“We left [the show] really loving it, and we were really happy to come back together,” she says. “It always feels like if Julian [Fellowes] has a story he wants to tell, we’re there to do it.” 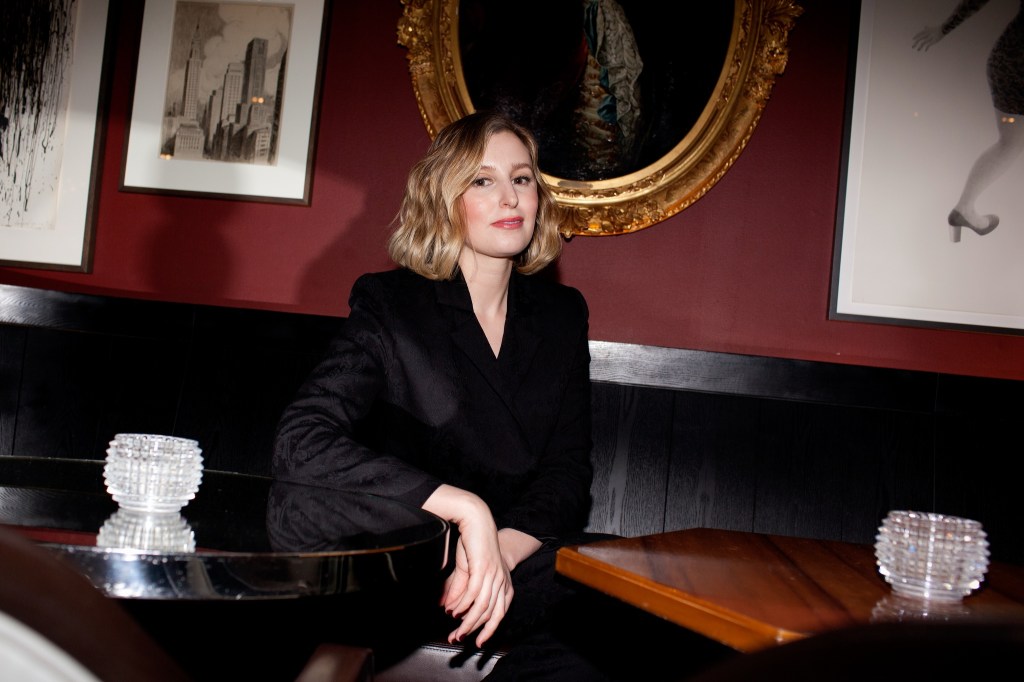 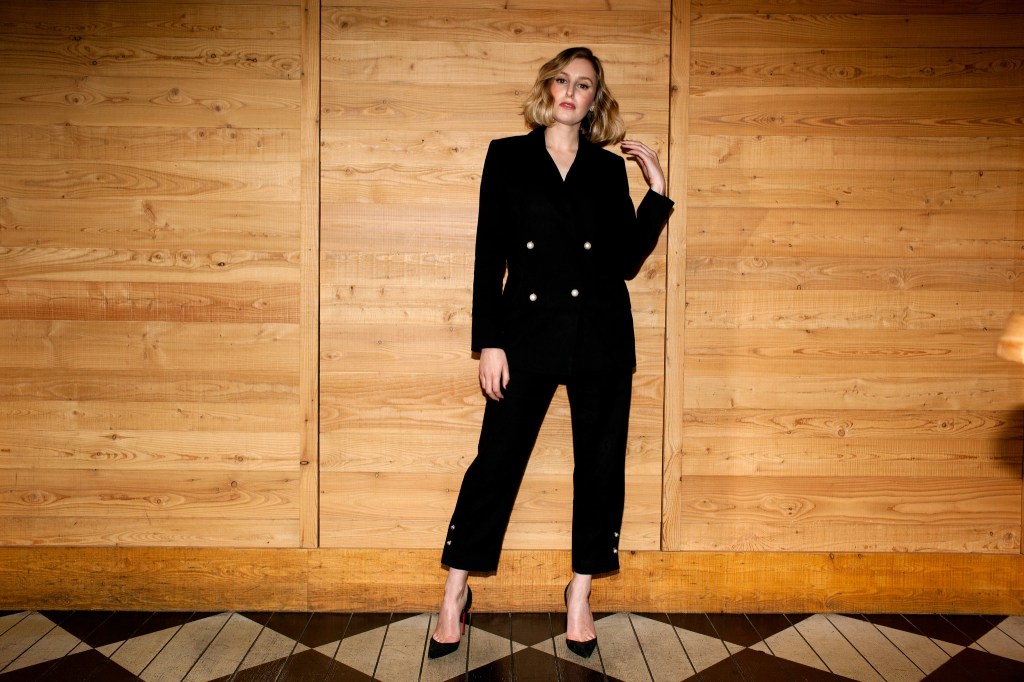