The pair opens up about Harrier's press tour narrative for "Spider-Man: Homecoming" and how Raf Simons made their dreams come true. 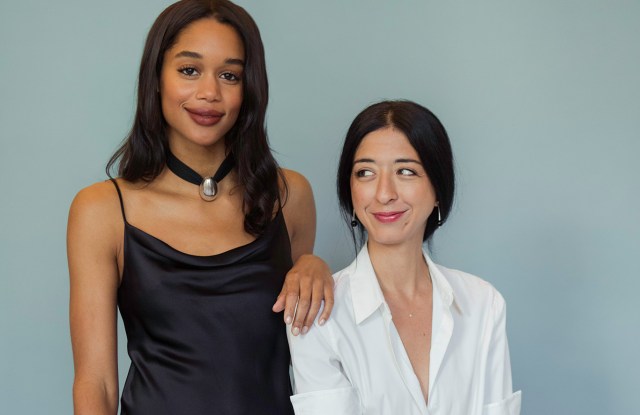 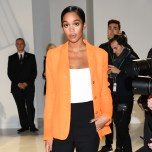 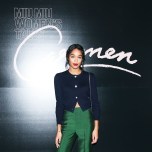 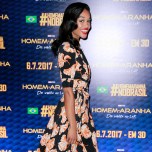 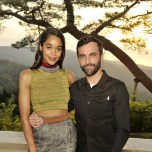 “A big part of being a stylist is following your gut,” says Danielle Nachmani, who did exactly that when she dressed actor Laura Harrier for Raf Simons’ debut Calvin Klein show in February. It was Harrier’s first-ever fashion show and Nachmani was tasked with finding what publicists told her should be “the perfect homage to Calvin Klein and Raf Simons.” So she consulted a vintage dealer, found a neon orange blazer from one of Simons’ Jil Sander collections and paired it with a white bodysuit and black pants. Harrier wore the ensemble in the highly coveted front row, piqued the interest of her fellow showgoers and, thus, a fashion girl was born.

Nachmani and Harrier first met in 2010, when Harrier was modeling for one of Mary-Kate and Ashley Olsen’s brands. They were “the only New Yorkers” at the shoot, says Nachmani, and quickly took to one another. The pair started working together professionally last year ahead of the press tour for “Spider-Man: Homecoming,” in which Harrier plays Liz Allan.

The actor describes her character, the love interest of Peter Parker, as “a fully rounded human being,” a “type-A student in school.” In an industry where superhero movies typecast female characters as damsels in distress, Harrier finds the role particularly “refreshing.”

“I think Laura’s actually quite similar to her character,” offers Nachmani. “When people first meet her, it’s like, ‘She’s a pretty girl that wants to be an actress,’ but her favorite author is Mark Hume and she’s super interested in art. I think that’s why we talk about the Calvin Klein look because it’s an educated choice. Everything she does is educated.”

Some of their favorite looks they’ve crafted thus far are Harrier’s Comic Con ensemble — a white, cropped button-down shirt with wide-legged pants by Eden; a teal Paco Rabanne top and Diane von Furstenberg skirt that turned heads in Brazil, and the pink Prabal Gurung dress she wore for a press day in Manhattan this past weekend. Harrier, who has been working closely with Nicolas Ghesquière in recent months, also names the look she wore to Louis Vuitton’s 2018 cruise show in Kyoto as one of her best. It consisted of a tricolor sleeveless turtleneck with acid wash pants and brown rain boots, a combination Nachmani feels expanded Harrier’s sartorial repertoire in the best of ways.

“Our approach to the press tour is that there’s an effortlessness that comes with Laura’s style that needs to exist more on the carpet,” says Nachmani. “I think that she’s offering something different in the sense of fashion being offered in a more classic and simple way, but it still has an impact.”

She says the two “set a lot of goals” early on. “And we achieved them,” adds Harrier. Their biggest triumph so far is the dress she wore to the Los Angeles film premiere Wednesday night: custom Calvin Klein By Appointment. And it all started as a joke.

“We were like, ‘What if Raf Simons made you a dress?’ — and then he did,” explains Nachmani. “It was the culmination of the tour. It’s a really exciting moment, and I think that it is one that is well-deserved.”

When she’s not dressing up for “Spider-Man,” Harrier — and Nachmani, for that matter — can be found in vintage Levi’s. “More often than not, when we meet up, we are pretty much dressed the same,” says Nachmani. “We’re like basic French girls. When we were in Paris, we realized that all the girls and their everyday dress was exactly how we dressed. We just happen to do it not in Paris.”

Basic or not, the two are ready to take on the power and responsibility of dressing for greatness.

Getting to Know Laura Harrier