Le Bain Opens at The Standard

Night crawlers have another hip hangout on the Standard's 18th floor. 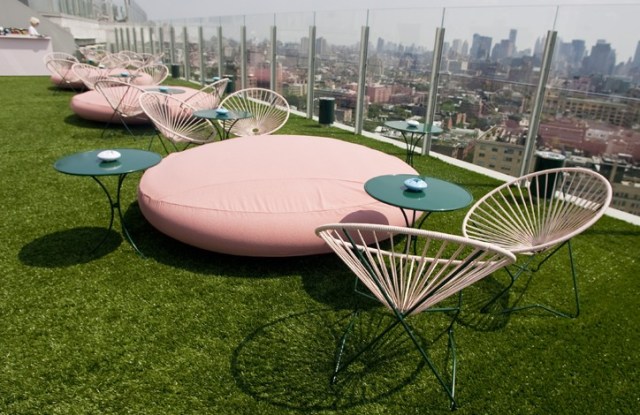 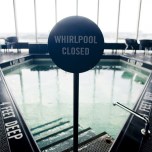 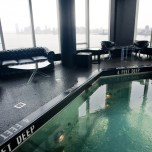 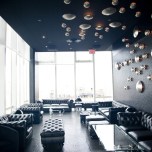 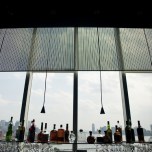 The Standard Hotel has opened another hip hangout — and this one you may actually get into. Called Le Bain, the club encompasses the black, tiled bar on the 18th floor (the one with the jacuzzi, across the hall from the Boom Boom Room) and the roof above it, which has been transformed into something of a chic backyard with synthetic grass covering the floor, dusty pink Acapulco chairs and circular water bed loungers. Not to mention the unbeatable view of downtown Manhattan and the Hudson River. Starting at noon, the club is open to everyone for afternoon cocktails or a snack on the roof where fare such as salads, sandwiches and fresh watermelon will be served. Later in the evening is when management will implement “occupancy control.” Le Bain is considered the chill cousin to the Boom Boom Room and has its own entrance on the ground floor, making it a tad easier to get past the velvet rope. But that doesn’t mean it’s second tier. Three nights a week André Saraiva of Paris’ Le Baron controls the list. Good luck with that.