Legging It With Lloyd’s of London

A host of celebrities and athletes have had their famous legs — and feet — insured by the specialist insurance house for $1 million or more. 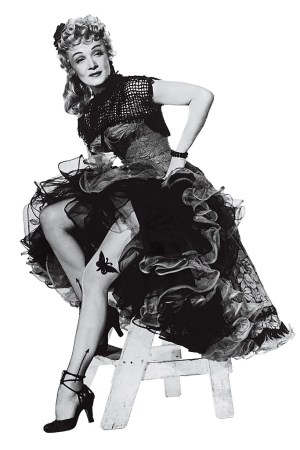 Since then, a host of celebrities and athletes have followed suit and had their famous legs — and feet — insured by Lloyd’s of London for $1 million or more.

Lloyd’s, which claims to have insured everything from Keith Richards’ fingers for $1.6 million to Holly Madison’s breasts for $1 million, has a long history of celebrity-insured legs.

Besides Grable, some of its high-profile policies have covered the legs of Marlene Dietrich, Fred Astaire and Angie Dickinson. Socker great David Beckham and Michael Flatley of “River Dance” have also had their legs and feet covered by Lloyd’s, said a spokeswoman for the specialist insurance market.

The list goes on with Mary Hart, Angie Everhart, Jamie Lee Curtis and Mariah Carey, whose legs were reported to be insured for a hefty sum by Lloyd’s when she was the spokeswoman for the Legs of a Goddess ad campaign for Gillette in 2006. Lloyd’s declined to put a figure on Carey’s insurance, but noted body-parts policies top out between $120 million and $150 million.

Meanwhile, Lloyds of London has in the past been involved in the hoopla surrounding the Academy Awards, from insuring the mega-jewerly on the red carpet to even insuring the event itself in case of cancellation.