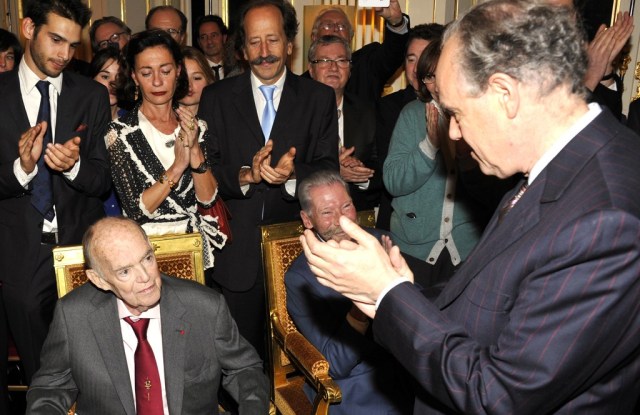 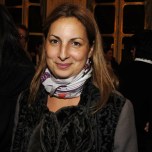 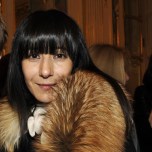 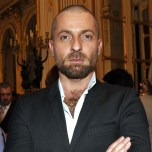 PARIS — Admirers of François Lesage flocked to the Ministry of Culture in Paris on Wednesday evening to see the embroiderer be awarded the honorary distinction of Maître d’Art (Master of Art, in English), along with five professionals from various artistic realms, including ceramicist Gérard Borde, and Baccarat crystal engraver Yves Parisse.

Mitterrand added, in his own words: “Interpreter of the greatest couturiers, you have, dear François Lesage, produced the greatest collection of embroidery for couture in the world.”

Commending Lesage’s generous spirit, particularly with young designers, Anne Valérie Hash said she loved the fact that whenever she visited his atelier, Lesage, “with his twinkly eyes,” would always get more excited than the designer about any commissions he was working on. “He’s a big kid in his soul, he’s so entertaining and we’re still continuing to have so much fun with him,” she said.

Bouchra Jarrar said: “It’s really quite emotional. He has been so influential on fashion and French haute couture and has always been so close to the houses. He is such a respectable person.”

Asked to cite a career highlight, a frail but jovial Lesage replied: “When I was a young man in Hollywood, working with the studios on dresses for Ava Gardner and Marlene Dietrich. They would discuss the colors of their dresses for hours even though back then all the films were in black and white,” he laughed.

He also listed a few of the designer greats he got to meet and work with over the years. “Madeleine Vionnet bounced me on her knees (as a child). I was lucky enough to meet the fabulous Cristobal Balenciaga; I met Christian Dior, Jacques Fath,” he added.