The New York-based artist on her upcoming exhibition, the inspiration behind her work and her travels around the world. 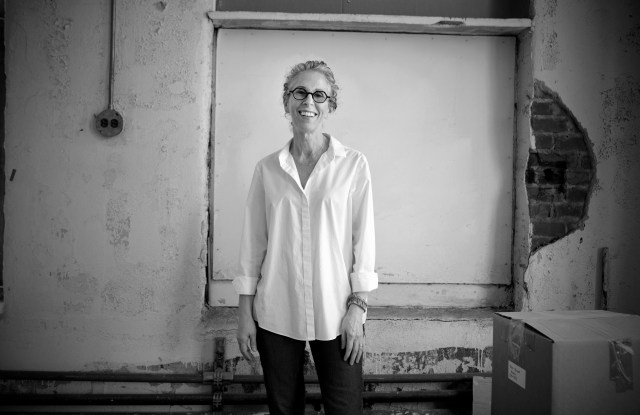 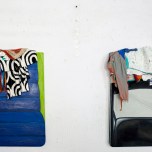 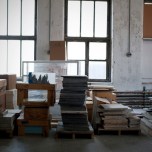 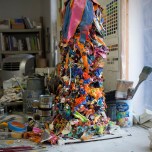 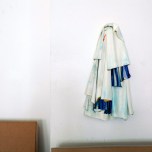 A freight elevator — “Larger than my first apartment,” Wayne remarks — leads to her fifth floor studio in New York’s Hell’s Kitchen, which she shares with her husband, sculptor Don Porcaro. The smell of paint mixed with stone dust fills the air throughout the studio’s several open white rooms, and large windows bathe the entire space in natural light. Entering Wayne’s working studio, the two-feet-tall pile of multicolored paint resting on a table immediately commands attention. “That’s for when I clean my palette,” Wayne explains of the colorful sculpture. “That pile is about three years worth.”

The works for her upcoming gallery show, titled “Free Experience,” are hanging all around her studio. Earlier this spring Wayne was awarded a coveted Guggenheim Fellowship. “I really decided to go back to my roots and introduce an element of representation into the work, which is something new,” she continues. “That means including the trompe l’oeil painting — I’m actually painting an illusion of an image in space alongside my more recognizable dimensional use of paint, to create a form that mimics a real object in space. It’s a real collision of abstraction and representation in a way that forces the viewer to look really hard.”

Wayne and the Shainman Gallery have been collaborating since the early Nineties, a partnership that the artist herself deems unusual. Most artists tend to move on from their partnerships and maintain a diverse track record, but Wayne has never felt the need for that. “[Jack Shainman] has supported me and my work through all the ups and downs of the art world, and I love him,” she adds.

Her signature style combines paint and sculpting. A sculpting major at The New School’s Parson’s School of Design in the Eighties, she wanted to bring her work into a more dynamic conversation about contemporary art. She began adding any kind of material she could find to her paint — foil and paper, sometimes even the stone dust her husband had swept up from the floor of his studio. “I no longer felt like painting had to be a window into Renaissance space and three-point perspective. It could be anything. And paint is just another material to make a work of art,” she says. Eventually, by manipulating the medium of paint and turning it into a sculptural material, she was able to achieve the effect of a three-dimensional structure without adding other materials.

The artist’s greatest source of inspiration is the natural landscapes she encounters on her travels with her husband. “I particularly like to travel to places where the natural environment is very extreme,” Wayne says. She’s been to Patagonia, the Atacama Desert and Machu Picchu, and is planning a trip to Iceland later this year. However, her works aren’t created to be direct reflections of the wilderness she experiences.

“I don’t try to force that,” she says. “I just prefer to allow it to filter in. Sometimes, it takes a year or two.”

A mountain of paint in Wayne’s studio.  Lexie Moreland/WWD