In 2019, Bloom became the first trans woman of color to lead a film — which also marked her debut as an actress — at Cannes. Her career has since taken off.

Spring 2021 is shaping up to be Leyna Bloom’s season. In March, it was announced that the model and actress would be the first trans woman of color to be featured in the pages of Sports Illustrated’s swimsuit issue, which hits newsstands in July. In early May, she appeared in the final season of “Pose,” and is closing out the month with the release of “Port Authority,” her debut leading film role.

When the Martin Scorsese-produced film premiered in 2019 at the Cannes Film Festival, it became the first film led by a trans woman of color to premiere at the prestigious festival. Bloom stars in “Port Authority” as a member of New York’s ball community, but although ball culture figures prominently in the film, the story is primarily a coming-of-age love story. Costar Fionn Whitehead portrays Paul, a troubled 19-year-old who moves to New York for a fresh start at life. He falls hard for Bloom’s Wye, who he spots shortly after arriving at Port Authority. 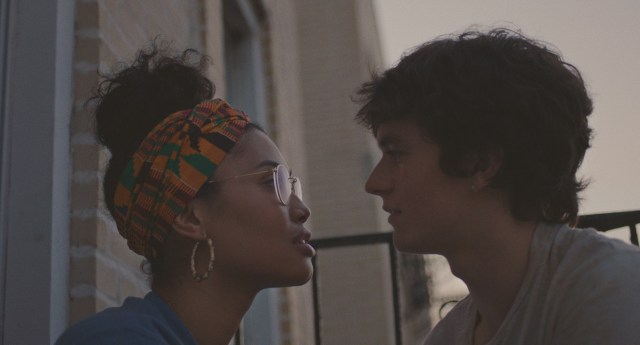 Leyna Bloom as Wye and Fionn Whitehead as Paul in a still from the film.  Photo courtesy of Momentum Pictures 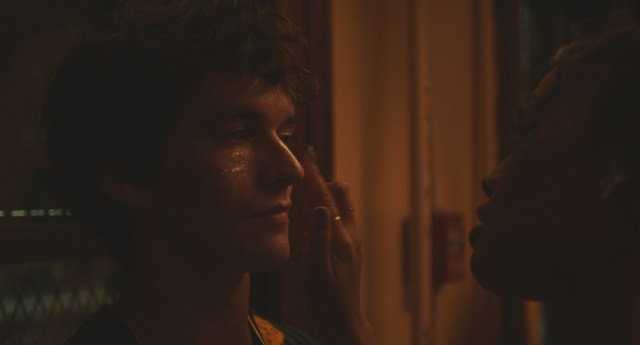 A still from the film.  Photo courtesy of Momentum Pictures

Bloom also arrived in New York via Port Authority. When she was 17, the young aspiring actress boarded a Greyhound bus in her hometown of Chicago, where she first became enmeshed in the ball community.

“When I arrived [in New York], I really didn’t have anyone here to support me; I kind of had to figure it out on my own,” says Bloom. “Port Authority represents a place for many people, not just trans women, that are trying to arrive somewhere and start [a new life]. It represents a new beginning and also represents hard work,” she adds. “I wanted to come here because I couldn’t be who I wanted to be back at home, and the city allowed me to start a whole new journey for myself.”

Bloom, who’s walked runways and modeled for fashion magazines like Vogue India, was at a ball in 2018 when “Port Authority” was casting the character of Wye, and decided to audition.

“The story is talking about love, talking about family; it’s talking about how we’re dismantling these traditions and understanding what is real and what is not,” says Bloom, adding that she’s attracted to roles rooted in realism and that allow her to apply her own lived experience. In the ball community, she’s currently the mother for New York’s house of Miyake-Mugler. 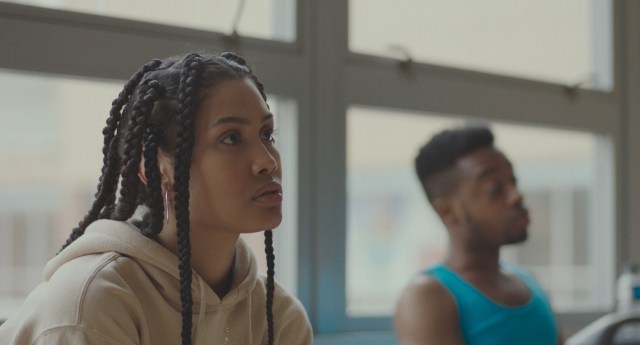 Leyna Bloom as Wye in a still from the film.  Photo courtesy of Momentum Pictures

She praises writer-director Danielle Lessovitz’s approach to her character; although Wye is trans, it’s not her defining characteristic. “For one of our first conversations, we were talking about how the binary is so complex, and how [Lessovitz] wanted Wye to have certain components that were not being suppressed in any way, shape or form,” says Bloom. “There’s so many words that we can describe certain people, and she wanted to leave it nameless and have the character redefine things,” she adds. “[Lessovitz] didn’t want to worry about is Wye pre-op or post-op; is she trans or is she nonbinary?”

Next month, Bloom’s second film “Asking For It” will premiere during the Tribeca Film Festival. The film is a female-led revenge thriller, and represents the path Bloom hopes to continue walking onscreen. She isn’t interested in victim roles, which is how many trans characters in the past have been represented.

“I want to do more action films,” says Bloom, a vocal advocate for representation in the trans community. “My dad was in the military; I was raised around law enforcement. With what’s happening right now in the world with law enforcement, the idea of putting a gun in a trans woman’s hands, when those are the ones usually shot down and killed… I think that we take back those things when we do [roles] like that.”

Bloom also thinks the industry is overdue for a trans superhero.

“I don’t understand why for the past 10 years we’ve been having so much representation in the trans community, and why we still have not been given a trans woman as a Marvel [superhero] or X-Men,” Bloom says. “A lot of trans women around the world have always had dreams of being an astronaut or being in space,” she adds. “I think we need to tell that story.” 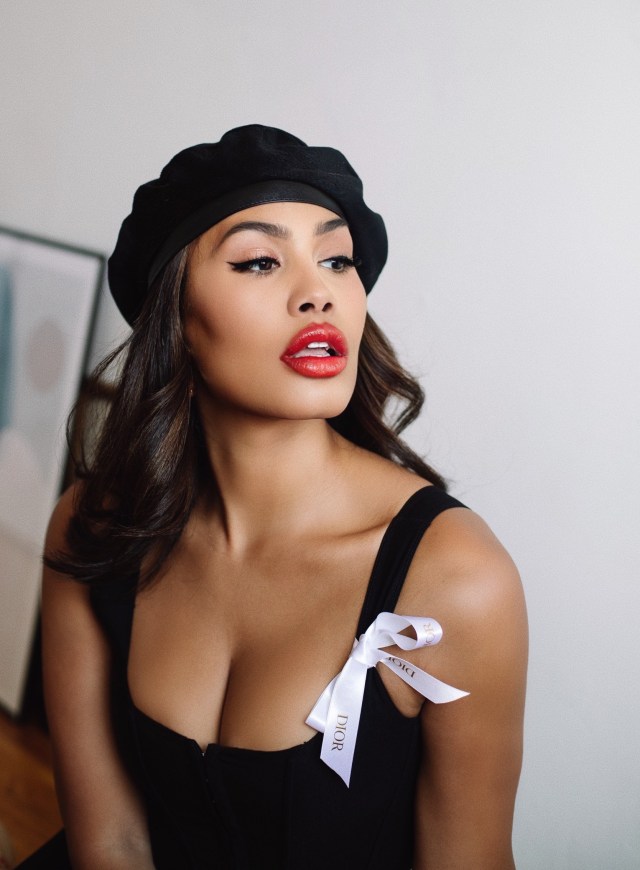