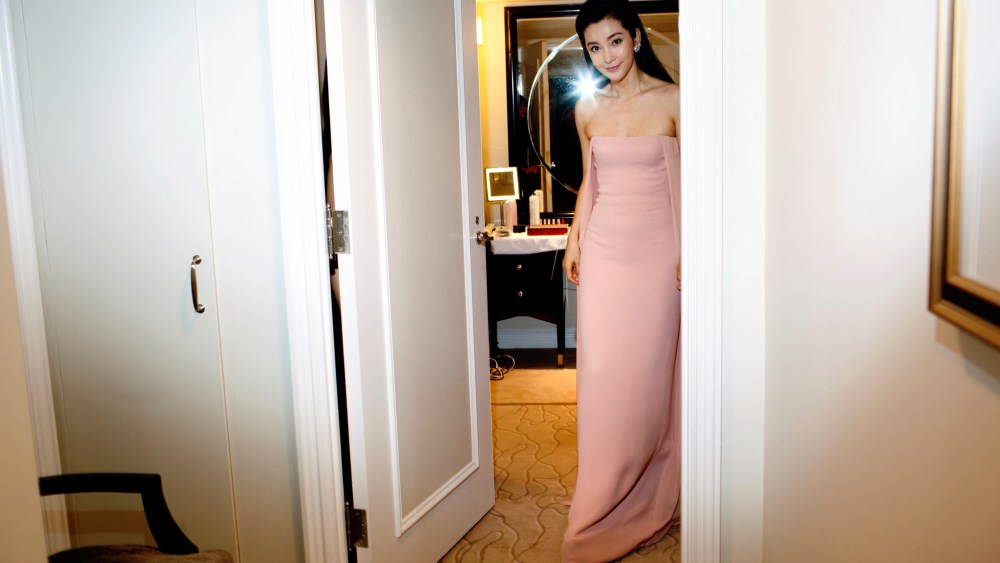 Li Bingbing, the Chinese actress known for a variety of Asian films as well as Hollywood action blockbusters like “Resident Evil: Retribution” and “Transformers: Age of Extinction,” took a break from the promotion of “The Meg” and arrived in New York last week to attend Ralph Lauren’s landmark 50th anniversary show. We joined the actress in her suite at the Peninsula hotel as she prepped for the big night, where she shared her thoughts on Asian visibility in Hollywood films and more.

WWD: What made Ralph Lauren a show you wanted to come to New York for?

Li Bingbing: Ralph Lauren is a very traditional and typical American-style brand. It has a strong personality, and I love it very much. I went to their show last year, and Mr. Ralph Lauren is an old friend of mine.

WWD: What else will you do while in New York?

L.B.: When the work is over, I’ll go to the theater and buy a ticket for “Crazy Rich Asians,” which also is an Asian-cast film and received high box office numbers in the United States. I’ve performed in several Hollywood films before with an Asian cast. I know how hard it is for Asian actors to develop a career in Hollywood, and I’d like to support this film. Regardless of where actors come from, whether he/she is from Asia, Africa, or any other country in the world, I hope they will receive fair opportunities in Hollywood and the rest of the world.

WWD: How was your summer?

L.B.: Very busy, as you know I performed in “The Meg.” It has a lot of promotions in both the United States and China, and we also had a premiere in L.A. in August. Although we had a busy summer, it was beautiful and very fun.

WWD: What is next for you after “The Meg?”

L.B.: I may start a new film project, and there are also some public welfare projects coming, too. I have been a UNEP global ambassador for 10 years, and every year I will spend a considerable amount of time to it. I have a great interest in environmental protection, and the next couple of months I will participate in more public welfare projects.

WWD: What interested you in being part of that film?

L.B.: I haven’t filmed a movie on the water before, and I’m very curious about the things that I haven’t tried. And the script of “The Meg” was fascinating. My role is a courageous, smart and tough Chinese female scientist, which is rare in Hollywood blockbusters. So I thought if the character fits me, why not give it a try? 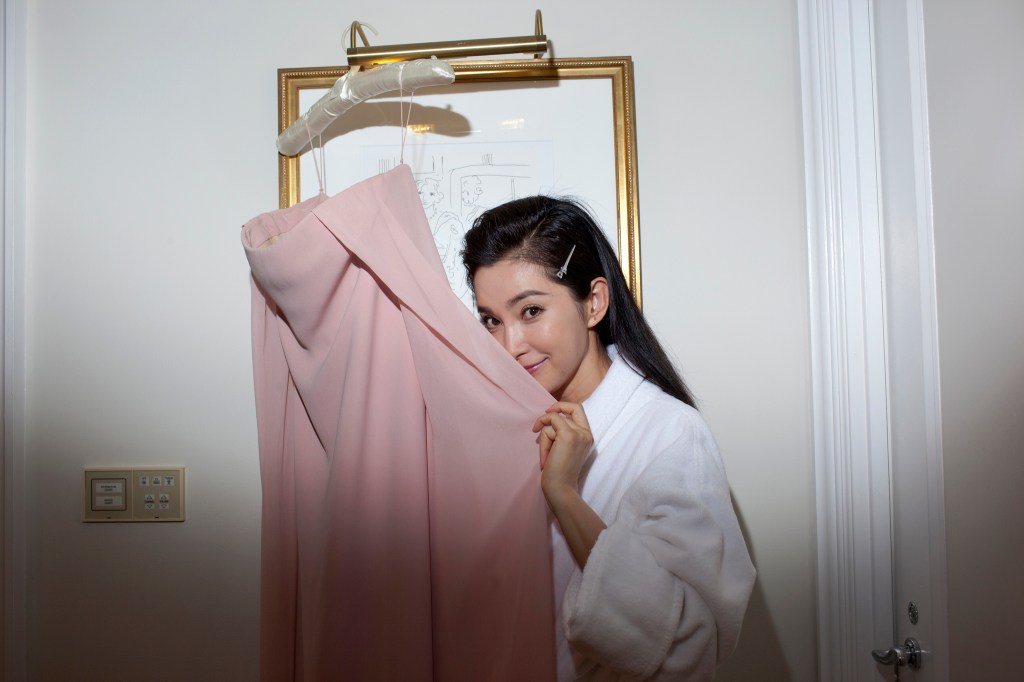