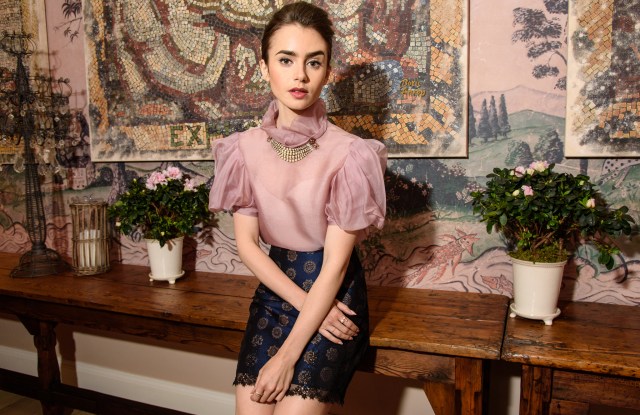 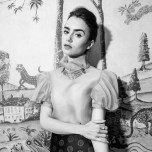 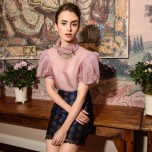 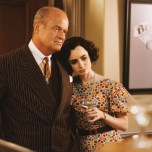 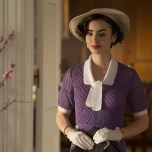 Lily Collins had it easier than most imagining what life would be like for an ambitious scion of a showbiz family navigating the professional, personal and gender politics of Thirties Hollywood. In her new Amazon series “The Last Tycoon,” loosely based on F. Scott Fitzgerald’s unfinished novel, she’s never far from the storied history that pervaded her youth.

Along with being a second generation star, the daughter of pop icon Phil Collins has been time-traveling to Tinseltown’s Golden Age since she was a kid, her mother Jill has long been involved in preserving, restoring and showcasing historical sites in the Hollywood region, including Beverly Hills’ grand 90-year-old Greystone Mansion, which serves as her character Celia Brady’s family home.

“I grew up spending a lot of time there; I used to run around the hallways doing homework and watching people in the house,” Collins laughs. “So now it’s like it’s gone full circle.”

Collins chatted with WWD just before shooting a scene set during the 1937 Academy Awards ceremony — in the same Biltmore hotel ballroom where those actual Oscars were presented. “It plays with your mind,” she says. “You look around and everyone’s spotlessly perfect of-the-period, and you really forget that you have a cell phone waiting for you at your chair.”

Chief among the series’ extravagant effects is the lavish wardrobe concocted by costume designer Janie Bryant. “Celia’s the fashionista, really, of this show, and Janie gets to throw lots of different things on me,” Collins says. “My Oscar dress is pretty amazing. It’s a lilac silk tiered number in the back with this amazing sequined capelet.”

The ruched bodice, puff sleeves and the A-line skirt were crafted from silk and duchesse satin.

Taking on her first TV series since “Mad Men,” Bryant was ready to immerse herself in an entirely different place and time. “After eight years, as much as I loved working on that show, I felt ready to design something new,” she admits.

“Everything about the Thirties is so different from the architectural, minimalist Sixties. The cuts, the parts of the body that are accentuated, the color palette. The Thirties is about being very soft and dusty, and silk charmeuse-y. Really, it is about the facade of Hollywood that the studios created, and all of the glamour that entails. They made sure the actors were untouchable.”

“It was interesting creating [Celia’s] costume design to start her off as almost this wide-eyed innocent into growing into a more mature, understanding woman,” Bryant says. Further in the series, Collins dons a striking coral suit that illustrates her growing savvy and sophistication.

“Our fittings are so fun,” Collins says. “I see things on the hanger and I’m, like, ‘I never knew that color worked on me.’ It’s things you necessarily wouldn’t choose to wear, but once you put them on, you see why Janie is who Janie is. When someone loves their job that much, you can’t help but be infected by that passion.” Collins found herself greatly fancying certain styles – including high-waisted, below-the-knee skirts ad Celia’s beloved hats — if not the extreme prep time.

Away from the set, Collins credits her stylists Rob Zangardi and Mariel Haenn for “pushing me so far out of my comfort zone into this new realm of thinking about what fashion is, and what suits me, and what risks to take.” She’s cultivated an eclectic collection of go-to favorites — from Alexander McQueen and Elie Saab to Rag & Bone and Viktor & Rolf.

Collins says she’s happy to embrace her ties to showbiz past while carving out her own future. “At this point, I feel like I’ve made my own mark, which is really cool,” she says, “and I’m kind of carrying the torch in my own way.”