Lola Bessis Gets in Character

The French actress stars in the miniseries remake of "Picnic at Hanging Rock." 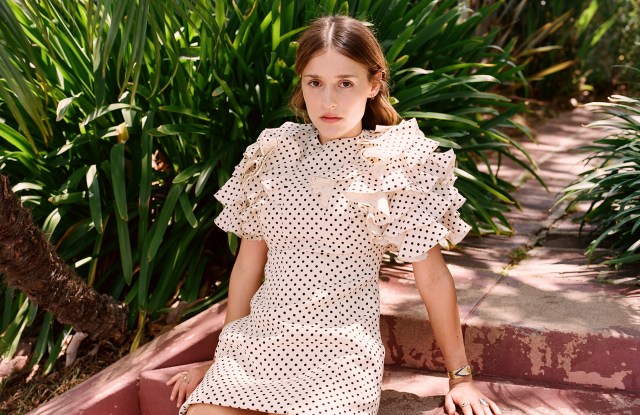 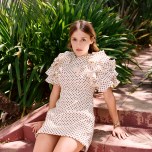 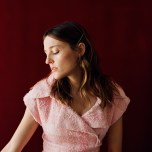 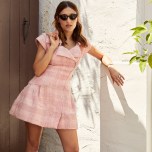 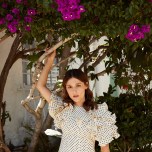 “If you have bad skin, you will not find a husband.”

Lola Bessis was reflecting on one of her character’s lines in “Picnic at Hanging Rock,” set for a Friday U.S. release. “At some point one of the girls asks me if she can take off her hat and I say, ‘Absolutely not, a woman is only given the one complexion, she must protect it.'”

The six-part miniseries is a remake of Peter Weir’s classic 1975 film, itself an adaptation of the well-known Australian novel. Set in the early 20th century, the show reflects a vein of expectations about female beauty and chastity that has — at least in some ways — gone by the wayside.

“Luckily enough we have evolved, and women get more rights and equality, but still we can relate to that story — I mean, even for actresses, being in those costumes all day, you have so many layers of clothes, and the women were expected to have their hair perfectly done every day and the makeup perfectly done and everything, and it’s very frustrating actually,” says Bessis. “And it’s not so far from nowadays. There is still a lot of pressure when you are a woman about the way you look, so we can totally relate to it.”

Despite the constricting nature of period costumes, they worked to the benefit of character development; Bessis was hired onto the production with very little time to prep.

“It helped us to understand what women had to go through, and wearing those costumes and corsets was so helpful to get into the character,” Bessis says. “I booked this job only a few days before we started filming, and it was my first time doing a period piece, so I was very stressed out, like, s–t — how do I find someone to help me know but to behave in 1900, how to stand, how to sit, how to eat, how to do everything?” she continues. “I don’t know if there are coaches for that, but I didn’t know one and I didn’t have time to hire one. So I got there and I just had a first costume fitting on my very first day in Australia. And as soon as I got into this costume, I felt like I was the character,” she adds.

“That’s what I love about acting — that you can basically be someone else, sometimes it makes you travel to another country, but also time travel — nobody can time travel except for an actor, I guess.”

Bessis describes the remake as “darker” than the film, and was drawn to its Lynch-ian influences. She was brought onto the project by showrunner Larysa Kondracki, who saw Bessis’ breakout feature “Swim Little Fish Swim,” which she starred in and codirected and cowrote with Ruben Amar. While the production company for “Picnic at Hanging Rock” was onboard with her casting — in the role of French teacher Mademoiselle Diane de Poitiers — it took a while to get the green light from the Australian film union.

“They’re very protective of their own industry, and we were only one week away from the start of the shoot and they had to hire a casting director and [look into] Australian actress that could potentially do a French accent,” Bessis recalls. “They ended up telling me, ‘OK, we couldn’t find someone who could play a French girl, so we convinced the unions we need to hire you.’ I packed my bags and I flew to Australia and we started filming a couple of days later.”

The 25-year-old native of France certainly has the accent down — and is quickly becoming accustomed to international travel for her career. While she currently lives in Paris, she’s eyeing a move to Los Angeles, and spent her formative filmmaking years in New York City, taking classes at New York University and the New School before making her first film. So far, she’s proven her versatility across genres and roles; she has also directed a short film for fashion brands Chloé and Mytheresa, and is making the balance of working on her own projects and working on other people’s projects work to her advantage. It certainly keeps her busy: if she’s not acting in a project, she’s writing and developing characters. She recently finished filming a feature film in New York, “Nighthawks,” and has a few other projects on the horizon. At the moment, though, she’s been focused on a different character: herself.

“I’m doing a lot of press,” she says ahead of the show’s American and French premieres. “It feels like it’s a whole different job. I feel like I’m not acting anymore, I’m just pretending I’m a model and doing photo shoots, which is fun because I’m not a model at all. I don’t know how to pose in the photo or whatever, but it’s interesting,” she adds. “I’m just learning.”