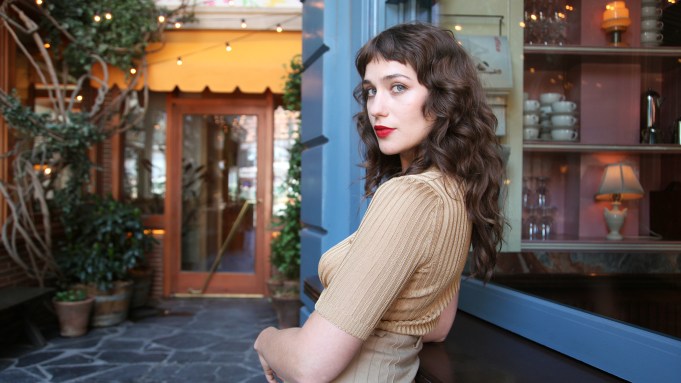 On a day when many youth in the LGBT community take a vow of silence to raise awareness about discrimination, the movie “AWOL” is adding a new story to the conversation. The movie, directed by Deb Shoval, was initially filmed as a short. After winning awards at Sundance in 2011, it was developed into a feature film starring Lola Kirke and Breeda Wool and is now returning to the festival circuit, this time premiering at TriBeCa Film Festival.

“The movie is born out of the LGBT community,” said Kirke, sitting in the coffee shop at Standard East Village on Friday with Wool a few hours before the film’s worldwide premiere. “I think that’s really important — it’s not a film made by a straight man, or a straight woman for that matter,” Wool continued. She starred in the original short as well. “It’s a political story absolutely, but it’s a love story number-one.”

Kirke portrays Joey, a young woman from Wilkes-Barre, Pa., who falls in love with Rayna (played by Wool), a married woman who lives in a trailer deep in the woods outside of town. With few options ahead of her, Joey enlists in the Army — but before being deployed to Afghanistan, she decides to run away to Canada to try and start a new life with Rayna.

“It was one of the first scripts I read when I started actively pursuing this type of work right after college,” said Kirke. “What really drew me to the movie is the fact that it is a love story in a landscape of socioeconomic questions and concerns,” she continued. “What are the options here? How do I become a member of society? How do I leave this society that’s very static and elevate myself in the world? The military is the most viable option for the character I play.”

The female-driven film was shot on-location in Wilkes-Barre and nearby Kingston over an extended time period. “Everyone was really excited for us to be there. Except one time when we shot in a Goodwill parking lot, we got chased out,” said Kirke.

“There are a lot of places in this movie that are very off the grid,” Wool reiterated. “I think there’s also a topic that Deb explores in the film of the luxury of being LGBT as somewhat reserved for the wealthy. The difference between economically deprived areas in the United States and what that LGBT community looks like in contrast to a well-articulated, educated group of feminist theorists and LGBT voices as opposed to people who don’t have that same dialogue. This film is about people who don’t necessarily have a language.”

Not that the movie aims to be didactic. It’s simply giving voice to stories that haven’t been told. Kirke perhaps summed it up best: “To exist in a world where what you feel isn’t being compromised by the legislation around you is a major f—ing privilege.”