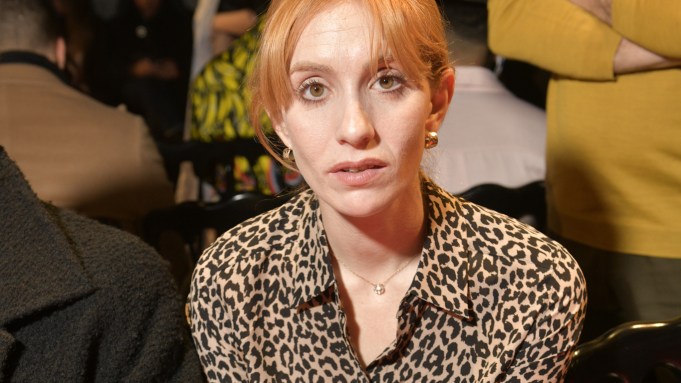 “He’s a new friend, he gave me some dresses for Cannes last year and also for Venice. It’s a very friendly house and I like this kind of relationship,” said the actress, who is in a run of David Lindsay-Abaire’s play “Rabbit Hole” with Julie Gayet at the Bouffes Parisiens theater.

Former Miss France Mareva Galanter, meanwhile, had singing in mind — she will be touring this year for the second time with group Les Parisiennes alongside Arielle Dombasle, Inna Modja and Helena Noguerra.

“I’m having some projects on some other albums with some other artists. I have my head in my music,” she said.

Jewelry designer Betony Vernon was in a philosophical mood. “What’s inspiring me is the connection that’s happening between people,” she mused. “I think there’s a certain awakening and it involves the understanding of the people that they have the power to make change and make a difference.”