The party was a feast for the senses. 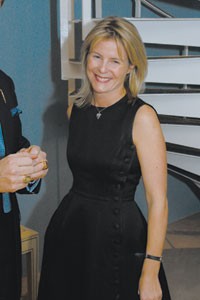 “We were going for total immersion,” said Terry Jones, founder and publisher of i-D magazine, at the title’s 25th anniversary bash at London’s Fashion and Textile Museum.

It was a typical Jonesian understatement: The party was a feast for the senses. There were bespoke fragrances — spritzed onto special anniversary postcards — that captured the moods of the Eighties, the Nineties and the present day; DJs mixing tunes from each era, and life-size i-D covers from more than two decades.

Jones, who’s remortgaged his house more than once to keep the edgy fashion title in business, said the party’s message was simple: “Identity is triggered through a variety of senses.”

Earlier that week, David Linley marked 20 years in the luxury home furnishings business with the opening of his store on Albemarle Street.

“Thank you for coming to celebrate the opening of our second store in … um … 20 years,” said Linley, whose first shop, on Pimlico Road, is already an institution.