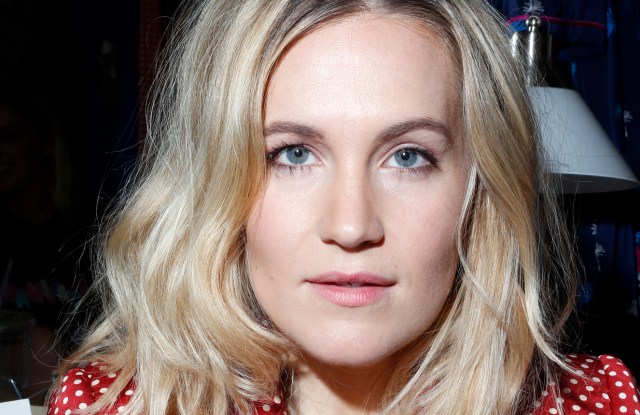 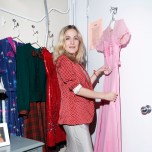 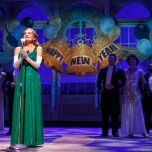 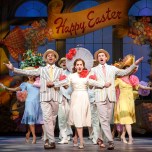 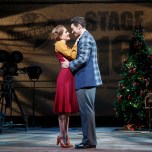 “It goes back to old school Broadway — it’s the good humor that you know,” Lora Lee Gayer says between bites of a granola bar from her dressing room at Studio 54. Gayer is starring as the female lead Linda Mason in Broadway’s latest production “Holiday Inn,” the stage adaptation of the 1942 Irving Berlin film starring Fred Astaire and Bing Crosby. The musical brings to life the seasonal hits of Berlin’s adored by carol singers — “and then there’s tap dancing and there are sequins,” Gayer says, “You’re just going to sit there and smile.”

Gayer, 27, has been in productions on and off Broadway since graduating from Carnegie Mellon’s theater program. She came to the “Holiday Inn” production relatively late in the game. “I feel like nowadays with a lot of shows you are usually with them for a while, in the developmental process doing readings,” she says. “and this one I wasn’t. I have an agent and I went in and auditioned and that was kind of it.” The fit wasn’t that far of a stretch for her anyways: “my voice tends to sit better in older stuff,” she says.

The role of Linda, however nostalgic in song, had a certain modern strength to it that stuck out to Gayer. “The big thing for me was that she’s not a typical ingénue — there’s something flawed to her,” she says. “There’s almost a self-deprecating humor to her, which I sort of have myself. When I first moved to the city and I was auditioning for things, I’m petite, I’m blonde and I’m a soprano, so everyone was like, ‘Oh, great, she’s an ingénue!’ And it never was quite sticking.”

Linda is the role that sticks. “She’s the perfect combination — she’s the ingénue, so she’s the love story, but then I think people can relate to her a little bit more,” she says. “She wants so badly to just be liked and loved, like we all do, and she’s so nervous about being rejected, like we all are — Linda is so painfully awkward, but like in this beautiful, charming way.”

The production includes Berlin’s most beloved songs like “White Christmas,” as well as a selection of lesser recognition, courtesy of the Berlin estate. “A couple of his daughters are still alive and then his granddaughter and great grandson,” she says. “They’ve been very involved and they essentially just said, ‘Here’s his entire archive of music, have at it.’” The result is a mixture of songs from the movie, as well as unknowns the Broadway team saw suiting the character.

And while the show expects to be a warm-and-fuzzy crowdpleaser, Gayer argues that it might just have a bit of cultural relevance to it. “The movie was made during World War II. Universal called Irving Berlin and said, ‘We want to make a movie that’s going to lift the spirits of the country,’ and they came up with the idea of all the holidays,” she says. “And it is really interesting; I think this show right now is just kind of what people want and need right now. Obviously we’re not in world war, but there’s a lot of unrest right now and I think people are unsure. They want two-and-a-half hours to just sit and be entertained.”