Romola Garai and Jonny Lee Miller star in the latest version of the Jane Austen hit. 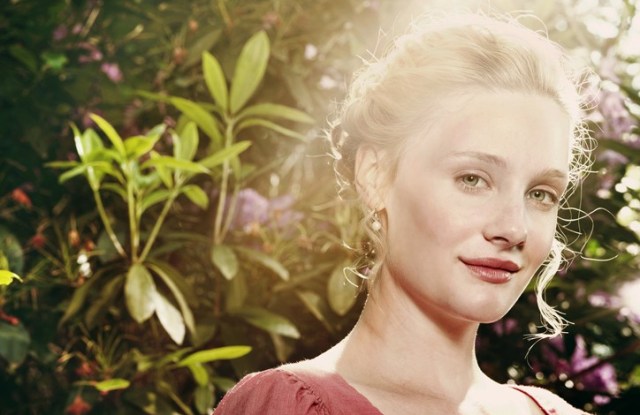 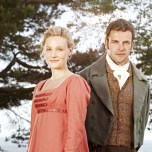 Nearly 200 years after its publication, Jane Austen’s “Emma” continues to resonate with the most modern of audiences.

The latest evidence for its lasting appeal is the new four-hour BBC and Masterpiece Classic TV movie “Emma,” airing on PBS this Sunday and the following two Sundays. The lavish production features Romola Garai (“Atonement”) as the outspoken Emma Woodhouse, a lively young woman leading a sheltered life with her wealthy father in the English countryside, and Jonny Lee Miller (“Endgame,” “Eli Stone”) as Mr. George Knightly, her friend and love interest.

“I particularly love Emma because you do feel for her,” says the adaptation’s director, Jim O’Hanlon. “She’s vivacious and fun and feisty and energetic. She almost floats through life without letting anything disturb her for 21 years. Sometimes she’s like a bull in a china shop.”

It’s no surprise many actresses have been drawn to “Emma” whose namesake is arguably one of Austen’s most fully realized characters. The novel was first made into a television play starring Judy Campbell in 1948, and since then, there have been no fewer than seven productions of it, starring the likes of Gwyneth Paltrow and Kate Beckinsale in the title role.

“There are some really high-class Emmas,” admits O’Hanlon. “But Romola is the best out there. I watched some of the [older] versions of ‘Emma.’ The Hollywood ones were sort of like candy floss. I watched another that was very dour and angry and brown and quite sour. I didn’t want to do that. We wanted something that had the color and vivacity of Emma as a character. Of all Jane Austen’s novels, ‘Emma’ is not written in watercolor. It’s written in oils.”

Far from being a damsel in distress, Emma is a mischievous, Cassandra-esque girl who spends most of her days scheming to unite couples whose affections for one another seem apparent to no one but herself. At times her hobby pans out — one pairing ends in nuptials — but it is also the source of her worst troubles. When a young boarding school friend confesses her crush on Knightly, Emma soon realizes her own latent amorous feelings for him. From all these Cupid endeavors emerges a heroine who has some decidedly contemporary ideas about love (for one, she won’t marry until the right moment).

“Emma is coming up with some very modern ideas for womanhood,” says Tamsin Greig, who plays the spinsterish Miss Bates, whose increasingly bleak financial situation is a counterpoint to Emma’s cushy existence.

As with all Jane Austen novels, the lovers eventually sort themselves out, achieving romantic symmetry by the end. And perhaps that’s the most enduring allure of the story. “Emma seems much more accessible in a modern way,” says Greig. “It’s about people relating to one another and trying to work out the ways of the heart.”