After her turn in "Sing Street," the young actress is continuing to rack up noteworthy roles. 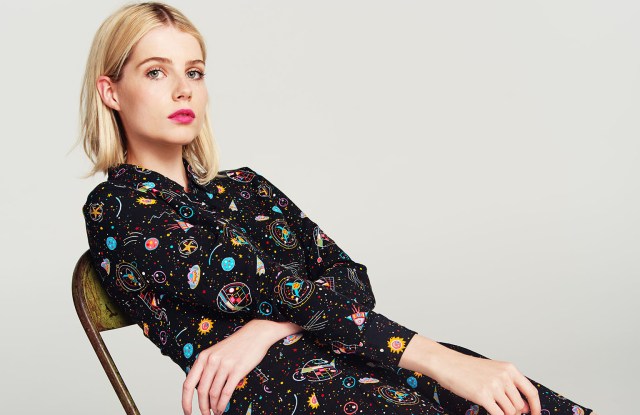 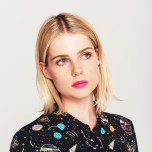 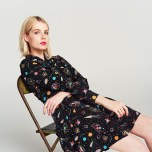 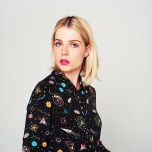 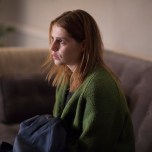 “I realized on my first day on set of ‘Miss Potter’ that there wasn’t going to be anything else that could make me as happy or feel as fulfilled as acting does,” says Lucy Boynton. “I was really lucky to find that at such a young age.”

The actress was 11 when she was cast in Chris Noonan’s 2006 film alongside Renée Zellweger. Now 23, Boynton has successfully pivoted from childhood actor to actress with true star wattage. Case in point: she featured in the well-received “Sing Street” last year, which picked up a Golden Globe best picture nomination, and has also taken on various projects in the horror and thriller genre, including Oz Perkins’ “The Blackcoat Daughter” and “I Am the Pretty Thing That Lives in the House,” the latter of which premiered on Netflix. She also costars in the recently released Netflix limited series “Gypsy” opposite Naomi Watts, portraying a teenage drug addict.

While streaming services have become a hot-button topic in the film industry — “Dunkirk” director Christopher Nolan railed against Netflix in an interview with IndieWire on July 19, and Bong Joon Ho’s “Okja” was boycotted by South Korean theaters — Boynton knows better than to bite the hand that feeds her. “As far as my experience has informed me, these streaming services have provided a kind of middle road between the very low-budget, small, independent films and then the huge-budget studio films,” she says. “Netflix seems to be the middle road between that, where it hands back the creative control to the creative heads, back to the director, back to the artist, which is really exciting.”

“Exciting” is also how she describes the arc of her acting career. “It was strange doing that transition from teenager to more adult roles, but I think it just makes it more exciting,” she says. “Because I started so young, the roles I started auditioning for when I was that age, of course, are so different from the ones I’m experiencing now. I thrive on and crave that constant changing. It’s exciting not knowing what tomorrow, or the next month, or the next year holds.”

But it likely won’t be a comedic role waiting around the corner. “Comedy kind of terrifies me, so as much as I love watching comedy films, you probably won’t see me going in that direction anytime soon,” she says. “I love all the dark stuff, and I can’t get away from that or get too much of that.”

It’s not all darkness for Boynton, though. Following in the footsteps of many of her fellow buzzy costars, the blonde Brit has been dipping into the fashion sphere. In January, she sat front row at Chanel’s couture show, and has been donning ensembles by the likes of Chloé, Valentino, Miu Miu and Prada for her recent promotional appearances.

She’ll have more reasons to slip into fancy wears this fall, when she takes a ride on Kenneth Branagh’s “Murder on the Orient Express.” She costars in the Agatha Christie mega-ensemble mystery film as suspect Countess Andrenyi.

“What astonished me is that he is playing the lead character and directing — being a sort of master of the ship. He does it so well and so precisely,” she says of working with, and learning from, the renowned director-actor. “He’s Poirot one second, then slips out of [character] and gives us such precise and coherent directions that you can’t believe he’s in so many minds at once.”

She also appears in the movie version of J.D. Salinger’s classic “Catcher in the Rye” opposite Nick Hoult, and next year she’ll star in director Gareth Evans’ thriller “Apostle,” which wrapped production in June.

“We were filming in Wales, and they built a village within the forest, so once you got on set, you were completely immersed in that universe,” she explains, though the film is less idyllic than her description may suggest. “This film is a lot darker and more gruesome than I first imagined it,” Boynton says. “There is a lot more fake blood on set than I had pictured. But ‘Apostle’ is a really fun script. It’s about a man who goes to rescue his sister from a cult who lives on this island outside of England. I play Andrea, who is the cult leader’s daughter and starts to realize that there are much darker undertones to the cult than she first realized.”

If she has to call anywhere home when she isn’t working, it would be London, although she generally splits her between there, New York, L.A., and wherever her work takes her next. Although a transitory lifestyle is par for the course, Boynton had unusual preparation, having been raised by journalist parents who have been immersed in the travel beat. “My parents always traveled a lot with their job, so it became embedded in my nature quite early on that I would crave that constant change and traveling. That works very well for the nomadic life that I seem to live now,” she says. “And I guess because storytelling is what they’ve always done, it’s always been very present in my life. I guess I was bound to go down some creative avenue.”