The actress stars in "Godfather of Harlem" with Vincent D'Onofrio and Forest Whitaker.

A still from "Godfather of Harlem."

“I never thought I’d get to play an Italian mobster’s daughter,” says Lucy Fry over a cup of mint tea at the Nomad Hotel in New York. “Being from Australia, it was really fun to transform into this sassy Italian girl from Harlem in the Sixties.”

The sweet 27-year-old actress, who grew up in Brisbane but currently lives in L.A. and is eyeing a possible move to New York in the future, stars in the new TV series “The Godfather of Harlem” for Epix opposite Vincent D’Onofrio and Forest Whitaker. The show serves as a prelude to “American Gangster,” and follows the conflict between crime boss Bumpy Johnson and the Genovese mob family during the Sixties.

Fry plays the fictional daughter of real Genovese boss Vincent Gigante, who is involved in a forbidden love dynamic with a black jazz singer. “[Stella] and Teddy are the ‘Romeo and Juliet’ of the story. They’re a bridge between the past and the future, and between the Italian gang and the African American gang,” she says. “They’re trying to find a way to be together in a world that won’t accept them.”

She credits her seasoned screen partners — including D’Onofrio — for helping her navigate her first ongoing television production.

“Vincent was very fatherly and kind of took me under his wing and was very protective,” she says. “In our scenes together he’d push me, challenge me and kind of surprise me with different things every take. And help me learn ways to own the scene, because you don’t get a lot of time when everything’s moving so fast.”

The role required her to delve not only into New York mafia history and the Harlem jazz scene, but also to study the cannon of mobster films in order to craft an accurate accent. She watched ‘Goodfellas,’ ‘A Bronx Tale,’ ‘Casino,’ ‘The Sopranos’ — “All of the gangster movies,” she says. “I watched these shows and repeated everything they were saying to try and get the voice. I’m always interested in what Americans or New Yorkers think, because you can never really be sure.”

In addition to introducing Fry to an era in New York history, she also used her downtime from the show to embrace the New York lifestyle. On her days off from shooting in Harlem, Greenpoint or Carroll Gardens, she explored her own surroundings in the East Village, taking ballet classes and bass guitar lessons from a local guitar shop. She even traveled upstate to watch the leaves changing color, a novelty for the Australian native.

“I noticed that I was really productive when I was in New York — there’s just an energy where everyone’s moving fast and everything’s close, so you can get things done,” she says. “It seems to me, in New York people just work really hard, and that was one of the things that I felt inspired by while I was here. I just wanted to move as fast as everyone else was moving.”

She’s also taking an economics class online through an Australian university, working one subject at a time toward a liberal arts degree. She recently finished filming an action thriller “Waldo” with Mel Gibson and Charlie Hunnam, which will likely make the festival circuit next year, and while waiting to find out if the show will be picked up for a second season, Fry credits her academic studies as a way to center herself amidst the unmoored industry of entertainment.

“When you’re playing a character, you have to be so self-aware — you’re using your body, you’re using your voice, you’re using your emotional triggers, so it’s all very insular and inward. Even when [doing] press and publicity, you’re talking a lot about your experience and it can be very about the self,” she says. Perhaps tellingly, she often redirects the conversation away from herself and her own projects. “And it just wasn’t healthy for me to be like that. It made me feel unsettled, and studying was a way to give a structure to really delving into things that are so much more interesting than self-analysis.” 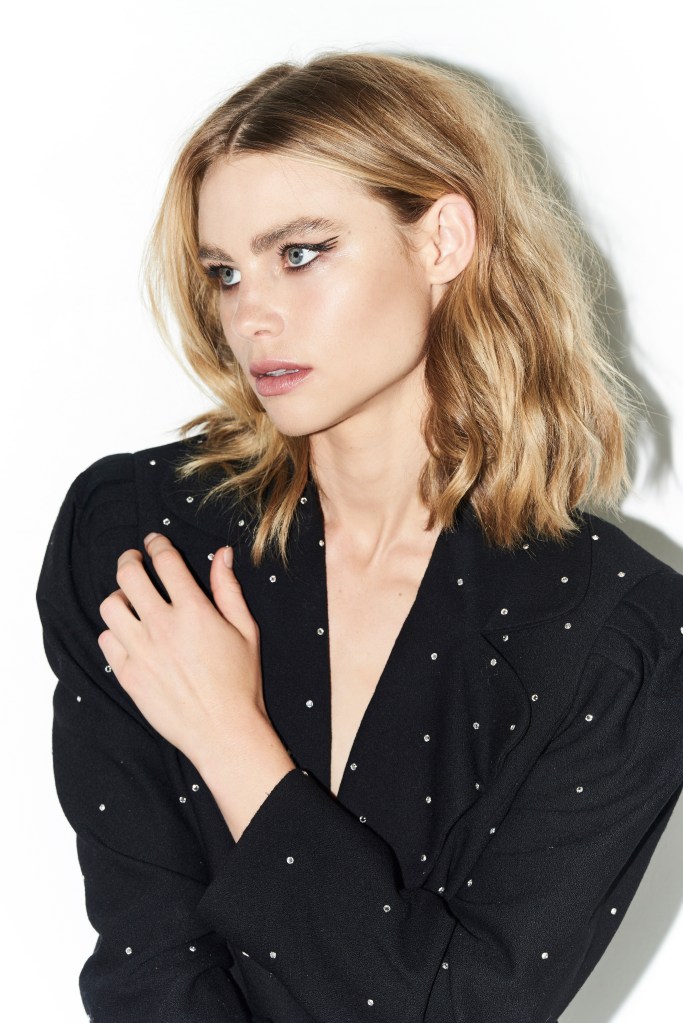