The "Hurricane" singer will release a deluxe version of his debut album today with five new songs. 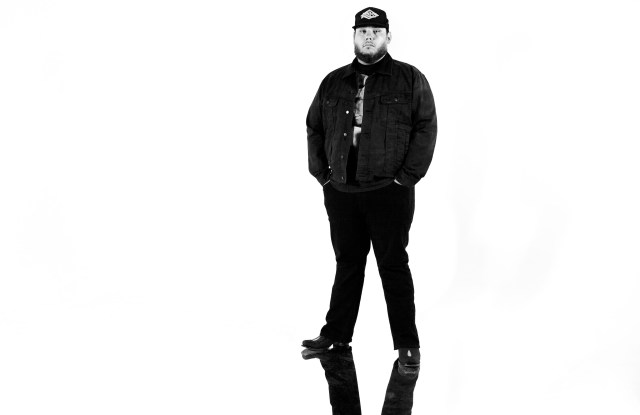 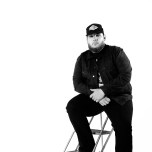 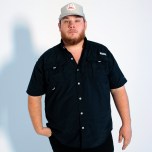 It was exactly 364 days ago that the 28-year-old Asheville, N.C. native released his debut album, “This One’s for You,” on Columbia Nashville. That album has been certified gold, spawned back-to-back number-one hits — “Hurricane” and “When It Rains It Pours” — and led to a sold-out 55-city tour. This summer, Combs will hit the stage as part of Jason Aldean’s High Noon Neon Tour.

Today, Columbia will release a deluxe reissue of his album, “This One’s for You Too,” featuring five new songs, including “Beautiful Crazy” and “She Got the Best of Me.”

In April, Combs was drumming up interest in the reissue by offering a “Beautiful Crazy” download immediately to anyone pre-ordering the album. The day that promotion went live on May 4, the song not only hit number one on iTunes country charts, but on the all-genre songs chart as well.

“I was actually in my bus, sitting up front with my driver, everyone else was sleeping — I always wake up early on release day,” Combs said. “And I couldn’t believe it. It was awesome that it was number one on the country charts and then an hour later it was number one on all-genre and it stayed there for a couple of days. It definitely floored me.”

In fact, most of Combs’ experiences over the past year have been hard for him to fathom.

“I don’t think I expected it to be this fast,” he said of his success. “I thought [my first album] would be a good jumping-off point, a good introduction to the fan base, but it’s been wild, it’s been a whirlwind for sure, we’re all sort of flying by the seat of our pants. We’re in a growing pains phase as far as touring is concerned. We’re a little bit bigger than our britches right now. We’re just trying to figure it out and how to be pros. It’s a tough process.”

That pretty much sums up Luke Combs, the man, who’s most comfortable deep-sea fishing or tossing back a few beers with his buddies. He’s a down-to-earth, fun-loving, everyday guy, but one with a gravelly spot-on vocal range and rollicking live performances that attracted him an enormous following before he ever signed a record deal.

As the story goes, Combs had six songs selected for his third independent album but only had money to complete one of them.

“I would compare it in fashion to picking out your outfits for the shoot but you haven’t taken the pictures yet,” he explained. So with his last $200, he laid down the vocals for “Hurricane” — there was no money for mistakes so it was a one-and-done recording. “We put it out and sold 15,000 copies in a week,” he said. “I used that money to master the rest of the six songs which made up the ‘This One’s for You’ EP.”

That also caught the attention of Columbia Nashville who signed him, and Combs was on his way. In addition to the number-one singles and top-selling album, he’s also been crowned Best New Country Artist by both iHeart Radio and Billboard, he’s played venues big and small and appeared on morning and late-night talk shows.

He was also part of the lineup at the Route 91 Harvest music festival in Las Vegas when Stephen Paddock opened fire on the crowd, killing 59.

That next night, Combs went on “Jimmy Kimmel Live,” performing his song, “Used to You,” as a tribute to the victims. The song talks about having a loved one who will never come home. As he sings: “I’m getting used to the radio playing without you singing along, but I’ll never get used to you being gone.”

Combs said, “Sometimes you sit down to write a song, you don’t realize what it’s going to mean to somebody other than yourself.” He cowrote the tune with James McNair who had just lost his uncle. “So it was really written as a memorial to James’ uncle. I never thought it would resonate the way it did after the Vegas thing. I’m glad we were able to have that moment, I think a lot of people needed to hear it that day.”

Combs admits taking the stage less than 24 hours after the tragedy wasn’t easy, “because we were thrown right back into the fire. There was no time to process what we’d been through, but sometimes you got to do what you got to do. I think it was good for me and the guys to get back on stage that quickly. I was kind of worried that if we sat for a while that it would be worse. And my tour started the day after the Kimmel performance. That song is very special to a lot of folks and it’s been cool to hear everybody’s stories about it.”

Interestingly, that song is not part of the deluxe reissue of the album. And that’s intentional.

“It has such a life of its own,” he said. “I wanted the deluxe to be stuff that people had been waiting on. ‘Used to You’ is accessible so it can be heard. And there’s so much room for new stuff. I really wanted to revisit ‘She Got the Best of Me,’ which is a song I wrote in college, so I re-recorded it. And that’s the only ‘old’ song that’s on there.”

He’s not sure what the next single will be and is focused instead on bringing his current song, “One Number Away,” to the top of the charts. “‘One Number Away’ is literally one number away, it’s number two, so we’re working on that push,” he said with a chuckle.

Combs has a lot to make him smile these days and that includes showing off his vintage trucker hat and T-shirt collection. Over the past year, he’s been a regular on eBay buying merchandise from some of his favorite country performers including Brooks & Dunn, Garth Brooks, Travis Tritt and others.

“It’s not like you can walk into Target and get this stuff,” he said of his collection. “It’s an interesting piece of history for me.” And not only does the collection inform what he’ll sell at his own shows, he also gets a lot of use out of the pieces, wearing them at his live performances.

The hats are often paired with pieces from Columbia Sportswear’s Performance Fishing Gear fishing collection, which Combs said were his “go-to” shirts during his early days of performing. This spring, Columbia signed him to an integrated partnership deal for the collection and created a video of Combs fishing in Mexico with his friends.

The self-deprecating Combs, who jokes he could be the poster fashionista for the big and tall market, describes his style as “Goodwill or thrift shop chic,” and admits he’s not much of a fashion follower. “Comfort is key for me. I’m a bigger guy so whatever fits is nice too. I do like older stuff, I gravitate toward that, it fits what we do on stage. It’s very minimalistic, there are not a lot of bells and whistles. It’s a good pair of jeans and a pair of boots that are comfortable and a T-shirt, that’s as far as I go. Getting wild with it might be a nice jacket but I’m not a high fashion guy for sure.

“I know who’s listening to my music are just regular folks and that’s what I’ve always been,” he added. “We didn’t have a lot of money growing up, my parents didn’t make a lot, so what I had is what I had, I’ve always been comfortable with that. I’ve never been too concerned with what I’m wearing and that probably makes a lot of people angry, but I let the music do the talking and let the image be what it’s going to be.”