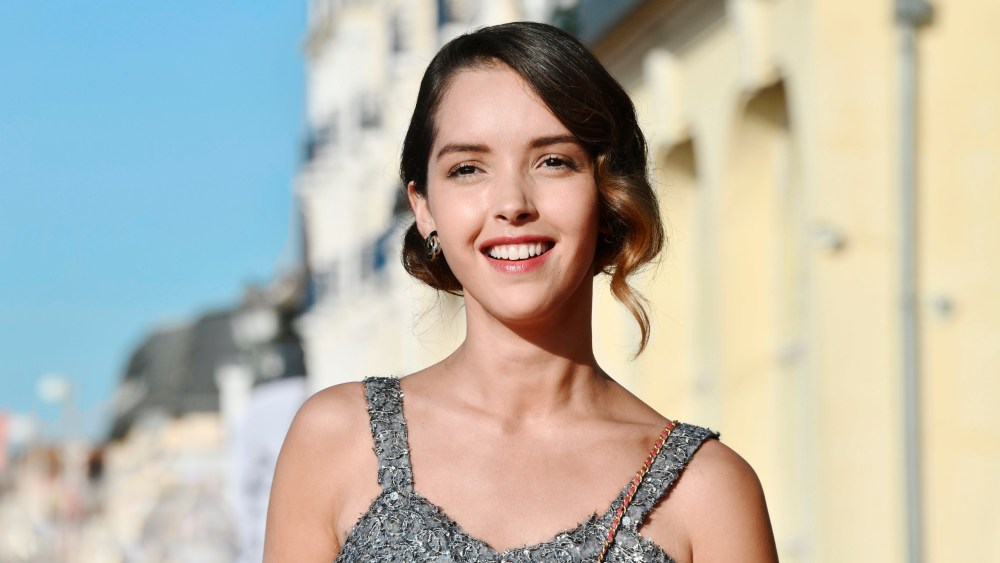 Lyna Khoudri describes “The French Dispatch” as the gift that keeps on giving.

First and foremost, it’s a gift from director Wes Anderson to film fans. “Wes has been a Parisian for 10 years now; he knows France, and he really knows French movies. And he wanted to give us his vision,” says Khoudri of the movie, which premiered at the Cannes Film Festival this past summer and will be released in theaters on Friday after several delays.

“We were waiting for this moment for a long time,” adds Khoudri, who had seen the final film only once before its screening at Cannes. “We didn’t have the whole script when we made the movie. And so I discovered the whole movie when I saw it for the first time. I was like — ah, OK. I understand everything after seeing it.”

“The French Dispatch” is based on a fictional weekly news magazine inspired by The New Yorker. Although set primarily in a newsroom in France, the film features several anthologized “vignettes” and serves as a love letter to writers. “Wes didn’t know that my father is a journalist, so I think he discovered it after,” says Khoudri; her family moved to France from Algeria due to his line of work during the Algerian Civil War. “At first, I didn’t know that this film was an homage to journalists and writers. And now, yes, it’s like a gift for my father.”

Khoudri stars opposite Timothée Chalamet as a student revolutionary; both are the subjects of an article being written by Frances McDormand’s character. The story was inspired by May ’68, a period of civil unrest and student revolt in France. For Khoudri, finding her character began with the costume; the historical research came later.

“For me, if you don’t find a good costume, you don’t find your character,” says Khoudri, who worked in close collaboration with costume designer Milena Canonero and Anderson. The actress recalls a pivotal conversation that hinged on deciding what socks her character should wear: “It’s maybe too short, too long, too black, too white,” she remembers of the debate. “For Wes [costume] is also the first step; I think he needed to find the costume to work on the character.”

The movie’s cast lived together in the same hotel for the duration of filming. (They were all gifted a pair of La Charentaise French slippers upon arrival — Anderson is clearly committed to specificity in legwear.) “We had a lot of time to work and have discussions,” says Khoudri of the extra time spent with her costars offset, adding that discussions ranged from comparing growing up in the U.S. versus France with Chalamet to getting career advice from McDormand. The cast also ate dinner together, watched movies together and danced together. “Bill [Murray] loved to dance, so he always had his mini speaker,” says Khoudri. “When you meet Bill in the hotel, you are sure you will dance. So we danced together a lot.”

Khoudri’s been doing a lot of dancing lately — she spent the past year learning classical ballet for her role in “Houria,” which she’s filming in the South of France. (She pulls out a pair of worn ballet slippers as evidence of her dedication.) The movie is directed by Mounia Meddour, who also cast Khoudri in “Papicha.” The actress won the Cesar Award for most promising actress at Cannes in 2020 for that role.

The 29-year-old French Algerian actress may be a new face for American audiences, but her career’s been on a steady rise since her debut in “Les Bienheureux,” for which she won the Orizzonti Award for Best Actress at the Venice International Film Festival in 2017. She’s also quickly becoming a fashion favorite. Chanel dressed the actress for the premiere of “The French Dispatch” at Cannes, as well as the amfAR gala and the festival’s closing night film. Her relationship with the fashion house has also extended to appearances in the front row and participation in an edition of Chanel’s Literary Rendezvous earlier this year.

Asked what she hopes viewers will take from “The French Dispatch,” Khoudri brings the conversation back around to the gift of Anderson’s specific vision and cinematic approach.

“It’s an homage to France and journalists and writers,” she says. “It’s really a Wes Anderson movie. And if you like Wes Anderson’s style, you have to see this movie.”