The duo will release its first album on Aug. 28. 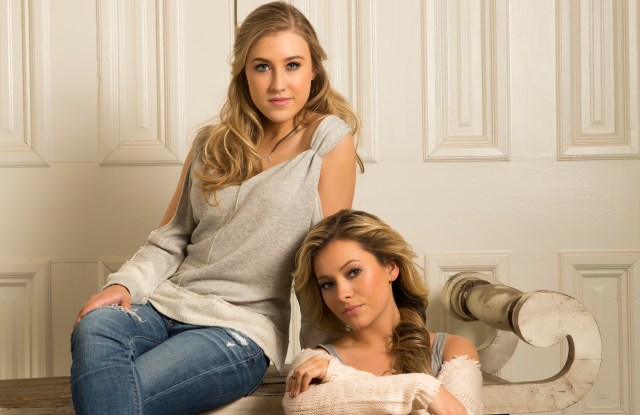 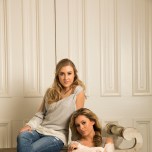 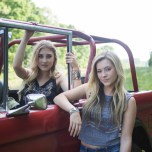 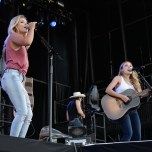 When their first single, “Girl in a Country Song,” was released last summer, the song and its accompanying video created buzz immediately with its backlash against the genre’s popular Bro Country movement.

The video features a tongue-in-cheek take on the stereotypical male-dominated songs, turning the tables on the guys by dressing them in short shorts and subjecting them to a few good-natured butt slaps.

The video has been viewed more than 25 million times and the single skyrocketed to the top of the country charts and earned gold record status, making Maddie & Tae the first female act in eight years to have a debut single rise to number one. They’ve also been nominated for an Academy of Country Music’s Vocal Duo of the Year award.

Ironically, 20-year-old Texan Madison “Maddie” Marlow and her singer/songwriter partner, Oklahoman Taylor “Tae” Dye, look like sweet girls next door and not lyricists who would write: “We used to get a little respect, now we’re lucky if we even get to climb up in your truck keep our mouth shut and ride along. And be the girl in a country song.”

“We wanted to write the songs from a girls’ perspective,” Dye said. “You know, how does she feel wearing those cut-off shorts, sitting on the tailgate.”

Marlow added: “Boys, we love you, we want to look good, but it’s not all we’re good for. We are girls with something to say.”

And on their first album, “Start Here,” which comes out on Friday, Maddie & Tae, have plenty to say.

The work offers a good look at their songwriting skills — they have writing credits on each of the 11 cuts — as well as their singing abilities and impeccable harmonies. The songs range from the second single, “Fly,” which encourages you to take risks, to “Sierra,” a tune about bullying. There’s also “Shut Up and Fish,” a number in a similar vein to “Girl in a Country Song,” that takes a guy to task for wanting to get romantic instead of attending to the work at hand: reeling in a bass.

For the album launch, the women have a promotional whirlwind planned, including appearances on “The Today Show” and a concert at Epcot in Disney World.

“We’ve been working on this album for five years,” Marlow said.

The two met at age 15 through a vocal coach and immediately hit it off. “We really clicked,” Dye said. “We traveled back and forth to Nashville and started writing together.”

After a while making the long drives from their homes to Music City, they met an executive from Big Machine Label Group who said if they were serious about pursuing a career in country music, they needed to move to Nashville. So they put their college plans on the back burner and took the plunge in 2013.

While they started out as songwriters, they soon began working on their singing as well.

Although their voices now meld seamlessly, Dye admits that picking up harmony skills “took me a while to learn. At first, I just couldn’t hear it. But now, it just comes naturally.”

Not surprisingly, they cite the Dixie Chicks, Lee Ann Womack and Taylor Swift as their influences.

Like Swift, who writes of her own experiences, “all of our songs are so personal,” Marlow said. “They’re stories of our lives.”

But while Swift made the jump into pop, Maddie & Tae are solidly country.

“Stylistically we aim for the same thing,” Marlow said. “We’re acoustically driven and there’s no doubt we’re country. That’s really important to us. There’s an honesty in our lyrics and that will never change. We write about our actual experiences and emotions and our vulnerability — that’s how we connect with our fans.”

Meeting their fans has been one of the high spots for Marlow and Dye over the past year. “We’ve gotten to travel the States living the dream,” Dye said.

But there’s also a downside. “We have a song on the album called the “Downside of Growing Up,’” Dye said. “We were thrown into this career so quickly there are a lot of things we didn’t know how to handle. And there are so many hats we have to wear. That’s been a challenge.”

And being away from their families — or as they put it: “the people who ground you” — may actually be the hardest part. “

So they’ve made a rule to travel home as often as possible, which is “hard, but worth it,” Dye said.

It’s been especially hard lately since Maddie & Tae have been on the road with Dierks Bentley for his nationwide tour all summer.

Beginning Oct. 7, they’re actually going to headline their own tour. “It’s the first time we’re not going to be opening for someone else,” Marlow said. “So we know the fans that come to the show will be coming to see us.”

The tour will start in New York City and finish in Chicago.

The other thing that has matured since the duo hit the spotlight has been their sense of style.

At a showcase in New York  in the early spring, they gushed about how they love to wear American Eagle Outfitters and shop T.J. Maxx and Marshalls for bargains. “I love American Eagle’s jeans,” Marlow said, “they fit me just right.”

And while that’s still a staple in their wardrobes, the singers have also discovered Draper James, the new line from Reese Witherspoon.

“We were just introduced to that and we love it,” Dye said. “It’s classy and so Southern and we love that the pieces are all named after things in Nashville.”

Marlow said, like their music, their look is “constantly evolving,” as well. “We’re putting on things that we wouldn’t ordinarily wear. But we like a strong, edgy look with a little romance, too. Tae loves color and I’m more into jeans. We like to think we’re bohemian chic.”