Cline stars in Netflix's new teen drama series "Outer Banks" — and is currently quarantined in L.A. with her costars.

“I feel like I’m going to get a lot of heat for this, but I’ve actually never been to the Outer Banks,” says Madelyn Cline, on the phone from L.A.

The upbeat Charleston, S.C., native was hoping to finally visit the North Carolina coastal islands, a popular holiday destination, before returning to her hometown to shoot a potential season two of Netflix’s new series “Outer Banks.” Instead, the actress is isolated in Hollywood with four of her castmates from the show, including Drew Starkey, who lives in her same apartment building and plays her brother in the show, and series lead Chase Stokes, her character’s love interest. “We’re like a giant family,” she says of her quarantine crew. “We brought the debauchery from Charleston to L.A.”

They’ve watched their way through the “Pirates of the Caribbean” and “Harry Potter” franchises, and, like everyone else, devoured “Tiger King.” They’re hoping that beginning April 15 that same level of viewer excitement transfers to their own Netflix series, a teen drama set in an island locale which pits class against friendship and romance; there’s a high-stakes treasure hunt, too.

At the outset, Cline assumed it was going to be a remake of “The Goonies.” There are similarities — friends on a hunt for gold while being pursued by baddies — but “Outer Banks” makes a play for a decidedly more sepia-hued PG-13 appeal. The show has also drawn comparisons to the beachy drama of Netflix’s “Bloodlines,” teen soapiness of “Riverdale” and class-conflict of “The O.C.” Series co-creators and twin brothers Josh and Jonas Pate, who tapped into their own well of experience visiting the Outer Banks while growing up, introduced terminology to differentiate the haves from the freewheeling have-not townies: “Kooks” and “Pogues.” (Cline’s character, Sarah Cameron, falls into the former category.) 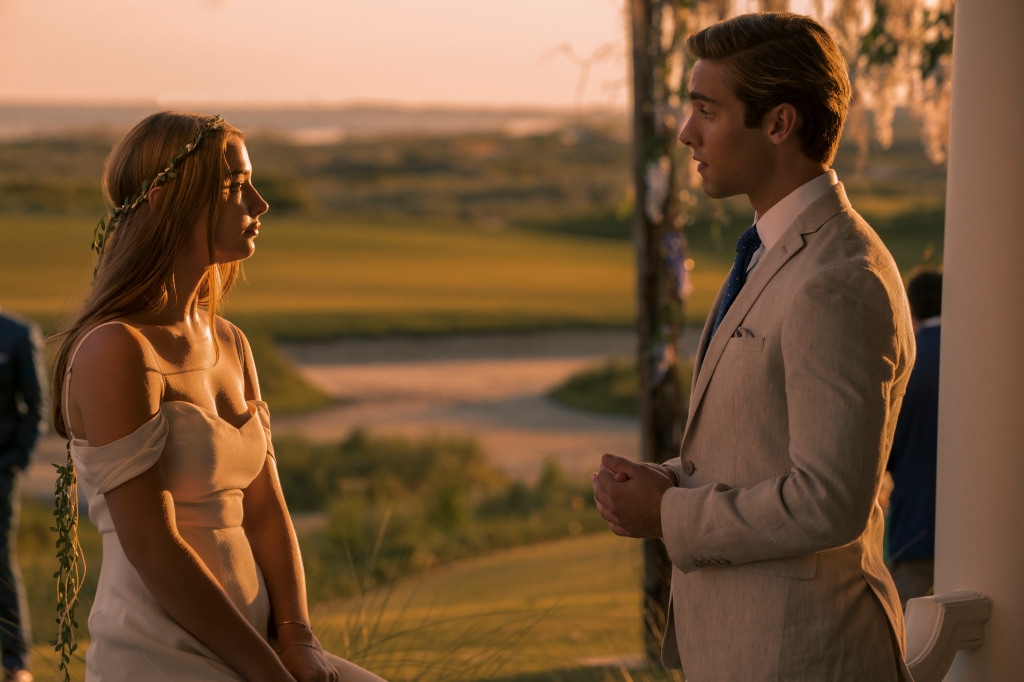 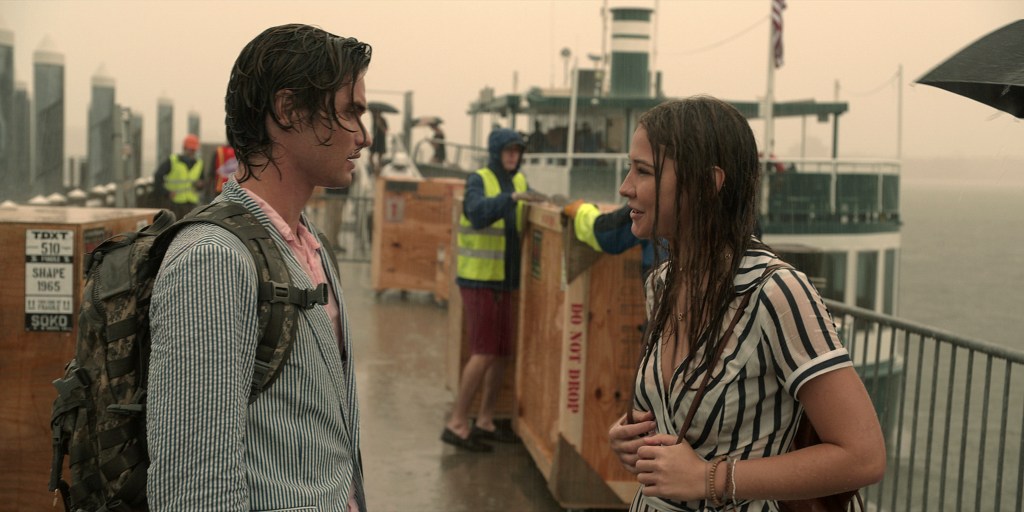 Although it filmed in South instead of North Carolina (reportedly due in part to the state’s anti-LGBTQ “bathroom bill”), the series still transports its viewers to the sun-drenched summer vacation spot, a particularly appealing premise right now for those stuck inside. “It’s definitely an escapist show,” says Cline. “It depicts what everyone would love to be doing right now, which is be on the water, be on a boat, not having to stay inside. Live Pogue style, you know?”

Cline references a season two for the show several times — yet to be confirmed — and she and her castmates are hopeful about returning to that world. “I think we’ve got some fun things in store for a season two, but I don’t know anything,” she says. “I’ve just heard of a few things, but I’m going to keep that secret.” 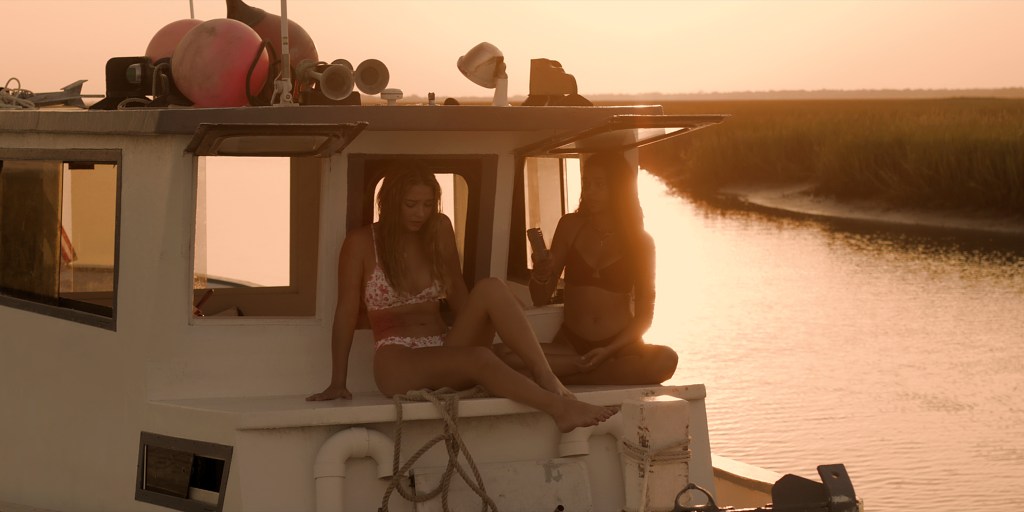 A still from “Outer Banks.”  Courtesy of Netflix

The actress, who’s in her early 20s, also featured in 2018 indie darling “Boy Erased” and will appear in the forthcoming film “Once Upon a Time in Staten Island” (not to be confused with Judd Apatow’s forthcoming “The King of Staten Island”) with Bobby Cannavale, Naomi Watts, and Method Man. She draws similarities to her “Outer Banks” character, forbidden first love and all. “It’s shot from the perspective of a teenager,” says Cline. “That almost child-like view of the world.”

The actress got her start as a commercial print model, spending much of her childhood traveling back and forth to New York. She credits booking a role on “Stranger Things,” right before graduating high school, as a turning point. After spending the summer shooting in Atlanta, she and a friend from set decided to move to L.A. to give acting an all-in shot.

That was three years ago, and things have since come full circle.

During the “Outer Banks” post production process, Cline found herself across the street from her first job in L.A. — “it was one of those jobs I had to keep myself afloat,” she describes — and the day she watched the series finale lined up with her three-year anniversary of moving to L.A.

“It was one of those crazy paradigm shifts,” she says. “Where you feel like, OK, I’m in the right place. I’m exactly where I need to be.” 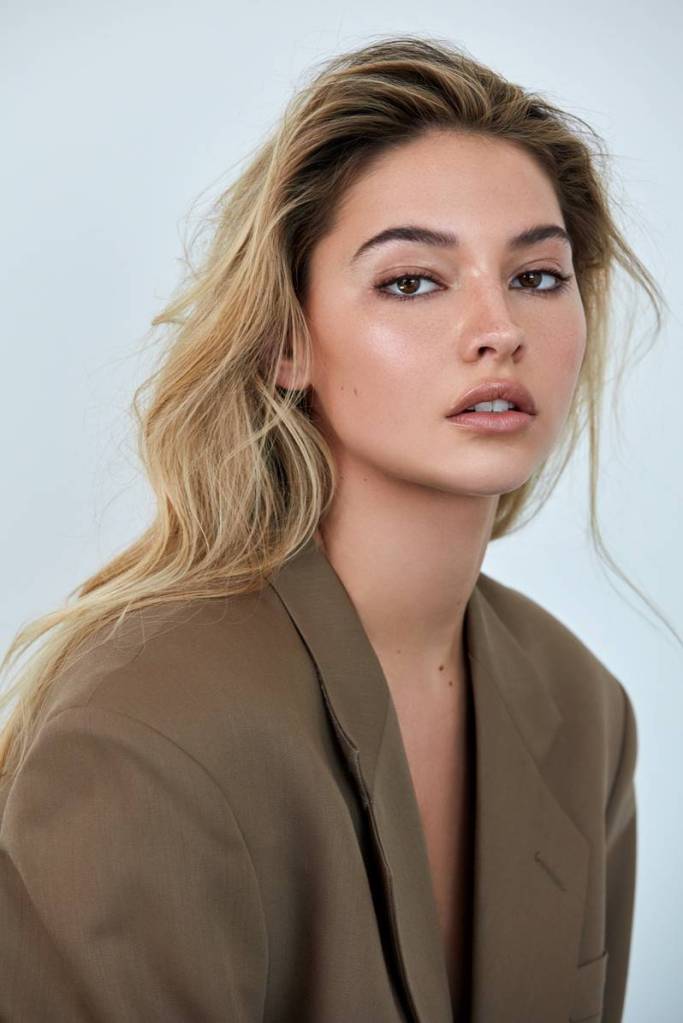