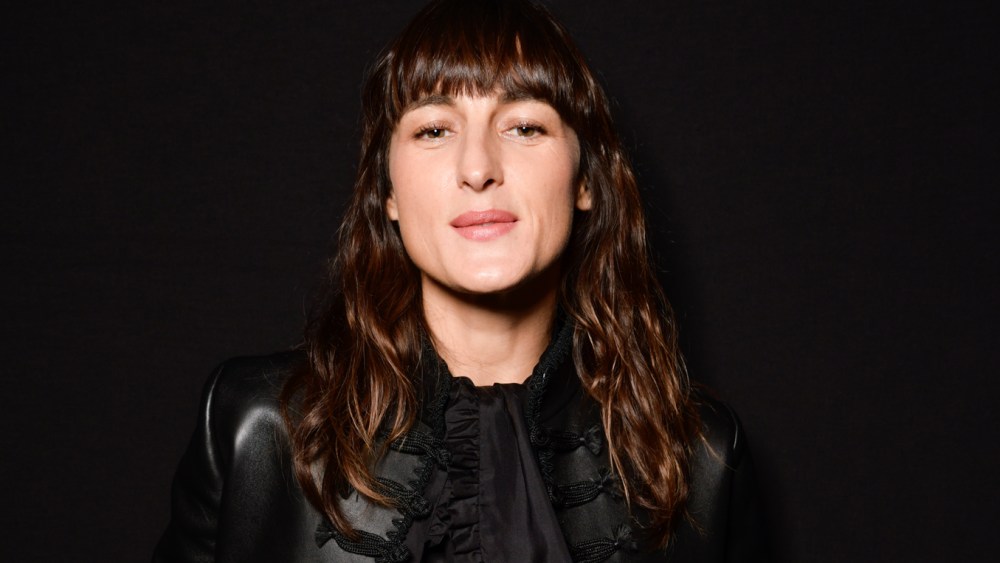 Nothing could dampen Dior’s spirits, not even an afternoon downpour just ahead of its Paris Fashion Week show. The brand returned to the Tuileries gardens for Maria Grazia Chiuri’s latest collection.

Despite the crush of crowds and rain outside, Maggie Gyllenhaal maintained her sunny attitude. “We’re walking through a corridor of hot men,” she joked of the umbrella-toting, suited-up ushers that lined the entrance. “It’s an amazing spectacle.”

Gyllenhaal said her kids help her keep calm. “I have a lot going on in so many ways — like family and children and all the things that are happening in the world, it does put some of this other stuff in perspective,” she said.

Her 15-year-old daughter Ramona was in tow, attending her first Paris Fashion Week show. The duo had spent a few days in the French capital taking in the sights before Dior. Gyllenhaal also revealed she’s working on a new script, to follow up her Oscar-nominated “The Lost Daughter.”

Shailene Woodley had spent a few days walking around the city that she used to call home, after having just wrapped shooting her upcoming show “Three Women.” Based on a bestselling book, the series explores sex and intimacy through a series of interviews of women around the U.S. Filming taught her a major life lesson, she said. “We all face a lot of challenges that we don’t often talk about.”

Woodley was sporting a style from the brand’s Spanish-inspired collection, including a large hat. “Dior does accessories in a way that no one else does and I love the way they play with it — whether its jewelry, hats, suspenders, gloves, they always have a chic way of accessorizing outfits.”

Natalie Portman maintained a mysterious air, slipping through the back entrance at the last minute sporting a black face mask and oversize sunglasses that remained on throughout the show.

It was a strong showing from Chiuri, who centered her show around a grotto made of cardboard by French artist Eva Jospin, and featured a troupe of modern dancers moving through the space to Bjork’s “Atopos,” featuring the lyrics: “If we don’t grow outward toward love, we’ll implode inward toward destruction.”

Rosamund Pike praised the juxtapositon of the choreography, by Dutch siblings Imre and Marne van Opstal, and the clothes. “It was a careful building of the world, I loved it,” she said.

But it was the K-pop stars that caused a frenzy, with scrums of photographers jostling for shots of Blackpink’s Jisoo and Astro’s Cha Eunwoo. Cha did a mini photo shoot inside the sculpture after the show, before becoming a little shy in front of the audience that had amassed.

“I feel excited and a little bit nervous,” he said. “The show was really amazing and the dancing — I was so impressed.” He called out the unique shape of the shoes as his favorite item.

It was Emma Raducanu’s first fashion show, and she declared it “really cool.” The tennis champ sported a voluminous ballgown skirt, one of Chiuri’s signature styles. “I honestly picked what felt most like what I would wear and was most comfortable. It’s interesting, because I don’t get to wear casual clothes very often so it’s a nice experience.”