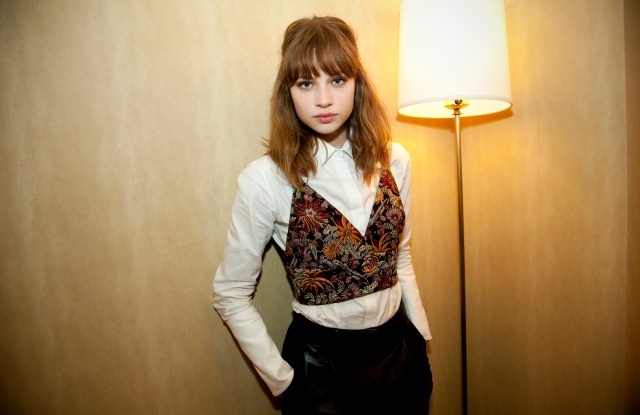 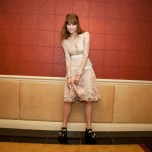 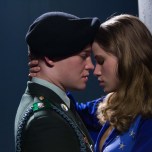 You know you’re a star on the rise when, midinterview, Garrett Hedlund runs into the room, plants a kiss on your cheek, mutters about your beauty to the witnesses present and dashes back out. For Makenzie Leigh, such is a Saturday morning.

Leigh, 26, started acting as a way to develop her writing. “The criticism of my work was that my characters were very flat and one-dimensional,” she admits. After taking classes for over a year, her mother pointed out that it was something she should perhaps stick with.

Her writing remains an interest, if not a pursued source of income. “It’s more observational journalism,” she says of her writing style. “I would never compare my actual writing skill to Joan Didion, but speaking to a time and a place, and using that as the subject matter…Virginia Woolf is my favorite ever…one of my favorite books is ‘Revolutionary Road’ by [Richard] Yates, and — ooh! I just started ‘Persepolis.’”

Though her ascent indicates the acting path was predestined, she still voices reservations of the career that seem, well, in line with a writer’s. “There’s just a lot of other stuff to acting that I didn’t like, so it was very hard for me to choose it because I knew I couldn’t control my life,” she says. “And I didn’t want that. It still frustrates me, day and day. It still is the thing I can’t wrap my head around. I just feel like there is a lot of lack of control — and that is maddening.”

In “Billy Lynn,” she plays Faison, a cheerleader for a Dallas football team who is the love interest to Alwyn’s character. And if that narrative — a soldier returns home to an all-American girl waiting for him — sounds like a cliche, Leigh is quick to note otherwise. “She is the idealized American woman. [She is to represent] patriotism and what men are fighting for,” Leigh says. “[But] the other really nice thing is that she ends up really defining his masculinity in a certain way that I think often only gets projected onto women. It’s usually a one-sided thing where the woman is the sexual ideal. So it was fun to get to do that as a woman.”

The character of Faison is not all that offbeat for Leigh — those expectations for women are alive and well in Texas, she says. “That’s why I left Texas the week after I graduated high school for New York — I just wanted to get out,” she says. “Because this kind of woman is what you’re expected to be. You are expected to have a tan and a certain boob size and when I moved to New York I suddenly realized I didn’t need to wear a Victoria’s Secret push-up bra to be attractive.”

The jury remains out on how the Texas cheerleaders will take to her portrayal. “I’d love to call my high school girlfriends to see if they’d agree with what I’ve done with the performance,” she says.