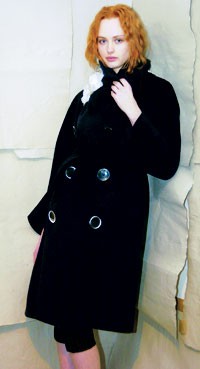 Surprisingly, an equal number of men and women turned out in Venice Beach Thursday night to toast Alexandra Balhoutis’ new boutique, Strange Invisible Perfumes. The fact that her parents, power couple Linda and Jerry Bruckheimer, invited several of their friends, might have had something to do with the amount of testosterone in the five-room Craftsman bungalow that now houses Balhoutis’ perfume lab and shop.

“This is so different from every other party I went to growing up — which were never about me,” she marveled. “I like having my own party.”

This story first appeared in the March 10, 2003 issue of WWD. Subscribe Today.

Balhoutis, a documentary filmmaker, developed the shop’s seven signature scents after immersing herself in six years of aromatherapy research. The 28-year-old also sells custom-made scents that retail at the daunting price tag of $700 an ounce.