Manon Leloup Shines Behind the Lens Too 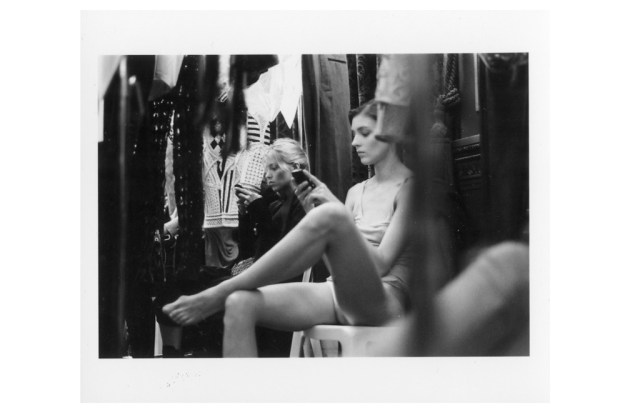 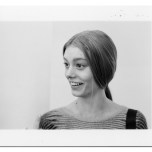 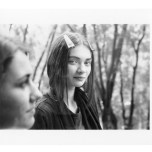 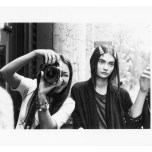 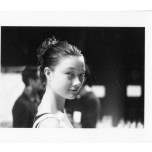 It’s an irritatingly clichéd moniker, especially in the fashion business, but there’s nothing else to call Manon Leloup but a bona-fide “It” girl. Perhaps it’s her long, swanlike neck or maybe her bushy, albeit perfectly groomed, brows. Or maybe it’s that arresting French gamine mystique she radiates that has designers mad for Leloup. Signing with Wilhelmina mere weeks before the most recent New York collections castings, the Croix native’s rise was fast and furious, making her one of the most talked about faces of the spring season almost instantly. With 20 shows under her belt (nearly all on the ultraelite, ultraexclusive  end of the spectrum — Celine, Jil Sander, Alexander McQueen, etc.), Leloup is  no doubt destined for impressive editorial work  and then, campaigns.

But enough about her modeling career. Leloup has another talent (some girls have all the luck). As it turns out, the 20-year-old is proving herself quite the accomplished photographer. During the spring collections her favorite accessory was an old-school Nikon FM, which she wore slung around her neck as she ran from show to show, where she documented her backstage journey from New York through Paris. Here, she shares her pictures with WWD.

WWD: How long have you had that camera?
Manon Leloup: I actually got this from my grandma. It’s a hand-me-down. It’s very, very old. This camera has been around the world like two times already. It’s manual, which is what I like and I just use the simple Kodak film that everybody was using before [everything] was digitized.

WWD: When did you first get into photography?
M.L.: Well, my grandma gave me this camera when I was 11 and I’m 20 now, so nine years ago. I have digital cameras, too, but they’re bigger and during fashion week you don’t want to carry around any extra weight. I’m also more partial to analogue because everybody’s doing digital.

WWD: Another obvious difference is that with digital you have unlimited takes.
M.L.: Exactly. When you’re shooting analogue, you can’t do “click, click, click, click.” You think about what you’re shooting more. Also, in New York, I only had two rolls that I bought before I came here so I used those in New York and Milan. Then when I got back to my apartment in Paris, I looked everywhere for more film. I practically ransacked the place and found two more rolls. I definitely think the pictures are more thought-through with film because it’s so much more precious than digital.

WWD: And you have the suspense of not seeing the result instantly.
M.L.: Yes, I was so excited to get them developed. That’s the magic of analogue, you  discover later. I remember when I got the pictures back,  I was sitting on my sofa with  my boyfriend and I was like, ‘I’m looking first.’ I wanted to make sure they looked good before he could see.

WWD: What made you think of taking photos to chronicle your fashion season?
M.L.: For me, it seems natural to take pictures. I don’t understand why more models don’t take them during fashion week. I was having my first experience of fashion week and I was like, maybe this will never happen again so I want to capture everything I can.