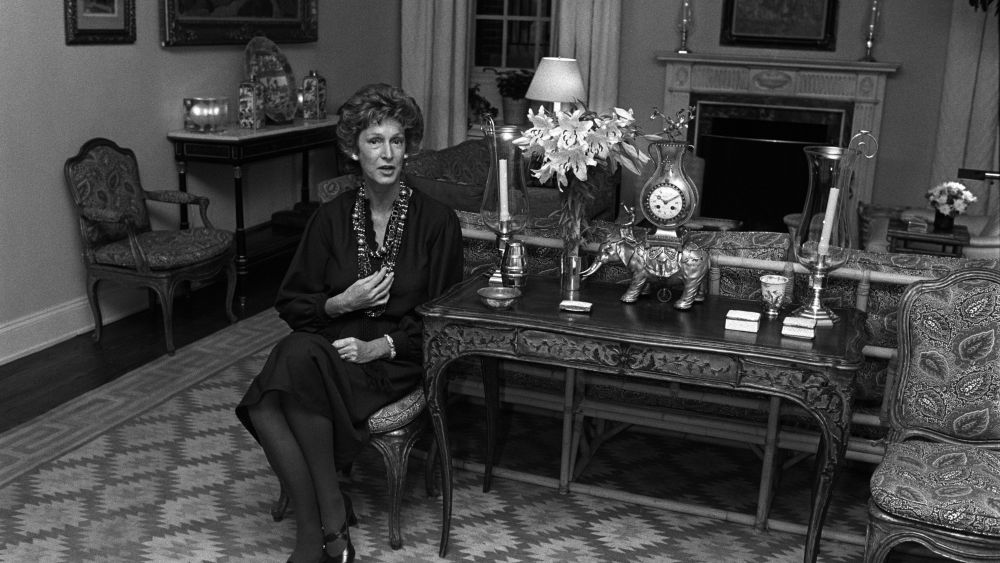 MILAN — Marella Agnelli Caracciolo died on Saturday at home in Turin. She was 91.

The daughter of writer Filippo Caracciolo Prince of Castagneto and Margaret Clarke, she married late Fiat president Gianni Agnelli in 1953. The couple had two children, Margherita and Edoardo, who passed away in 2000. Gianni Agnelli died in 2003.

She was the grandmother of John, Ginevra and Lapo Elkann, the children that her daughter Margherita had from the marriage with Alan Elkann, and of Pietro, Sofia, Maria, Anna and Tatiana, the children of Margherita and Serge de Pahlen.

Defined by Truman Capote as the “last Swan” after having admired her impeccable and sophisticated look at 1966’s legendary Black and White ball, Agnelli Caracciolo kicked off her career as a photographer in New York, assisting Erwin Blumenfeld. Then, when she returned to Italy, she joined Condé Nast as an editor and photographer.

In 1973, she started designing textiles for Swiss firm Abraham Zumsteg, followed by collaborations with Ratti in Como, Steiner in Paris, as well as Martex and Marshall Field’s in the United States.

In the late Eighties, she started publishing a range of books, including 1987’s bestseller “Giardini Italiani” and “The Last Swan,” her autobiography released in 2014.

An avid art collector, she was honorary president of the Pinacoteca Giovanni and Marella Agnelli in Turin, which is currently run by her granddaughter Ginevra. In the past, she sat on the board of prestigious art institutions, including the International Council of the Museum of Modern Art in New York.

A funeral service will be privately held in Turin.