The costar of "Charlie Says" and "Mapplethorpe" plays opposite Matt Smith in back-to-back roles.

The women of the Charles Manson cult and murders get their story told, through their own lens, in the new film “Charlie Says,” written and directed by Guinevere Turner and Mary Harron, respectively, the duo behind “American Psycho.”

The story focuses on the Manson girls — Leslie Van Houten, Patricia Krenwinkel and Susan Atkins, who were incarcerated together for a string of murders they committed in the summer of 1969 under the instruction of cult leader Charles Manson.

Marianne Rendón, who portrays Atkins, says she was drawn to the “complexity of her past” and the fact that as with all of the women involved, their stories aren’t as well known as Manson’s.

Rendón studied Atkins’ book “Child of Satan, Child of God” thoroughly and easily recites out her bio. Atkins, who passed away in prison in 2009, grew up in California and lost her mother to cancer during childhood; her father was an alcoholic, so she was on her own with her brother before dropping out of high school. She worked as an exotic dancer for Anton LaVey, founder of the Church of Satan.

“So she was definitely a thrill-seeker, and someone who didn’t have a huge foundation to make decisions for herself,” Rendón says.

The film’s plot is structured around the time the three Manson girls spent in prison working with scholar Karlene Faith, whose book “The Long Prison Journey of Leslie Van Houten: Life Beyond the Cult” informed much of Rendón’s research. It was out of print when the cast went looking for it, and so Rendon tracked it down at a local Canadian library, near where she was living at the time.

“I just wish that people knew Karlene’s name as much as they knew Charles Manson’s name,” Rendón says of Faith, who died from cancer shortly before filming began but was very supportive of Turner’s writing of the script.

“[Atkins] had a very deep need to belong and to feel loved. I was trying to look at her experiences, without judgment of the actions that she participated in, but more so of why she wanted to move to the farm and be with this family,” Rendón says. “So a lot of it was a deep need. She wrestled with a ton of sadness, which she expressed about her childhood, about feeling incredibly alone and feeling like the oddball. And I’m interested in outsiders, and people outside of their societies.”

It was also a film squarely in Rendón’s favorite era. “It was a really exciting time in American culture with music, and thought, and film. I very much exist in that. It’s my taste,” she says, motioning to the Karen Walker denim bell bottoms she has on.

She began shooting “Charlie Says” on the heels of “Mapplethorpe,” in which she played Patti Smith opposite Matt Smith as the famed photographer (Smith, coincidentally, is Charles Manson in “Charlie Says”).

“It’s funny that we played lovers in these really specific circumstances, and that they were real people, which is such a huge responsibility,” Rendón says. “I think we had a shorthand. We felt physically comfortable with each other. But he totally transforms, so it felt like a totally different actor that I was working with.”

Rendón, who is 28, grew up in New Rochelle, N.Y., and originally intended to train as a concert pianist and classical ballet dancer until an injury made her refocus her interest in performative arts. She attended Bard College, where she began acting.

“And then I realized in my last year that I needed training. So I applied to Juilliard on a whim, on the last day before the deadline as a dare to myself. And when I went to the audition, I realized how badly I wanted to go,” she says. She’s only been working professionally for the last three years, since her graduation in 2016.

With “Charlie Says” now out, she’s spending her time auditioning, looking for the next big thing, as well as returning to music — unsurprisingly, in the Seventies-era folk/country genre. 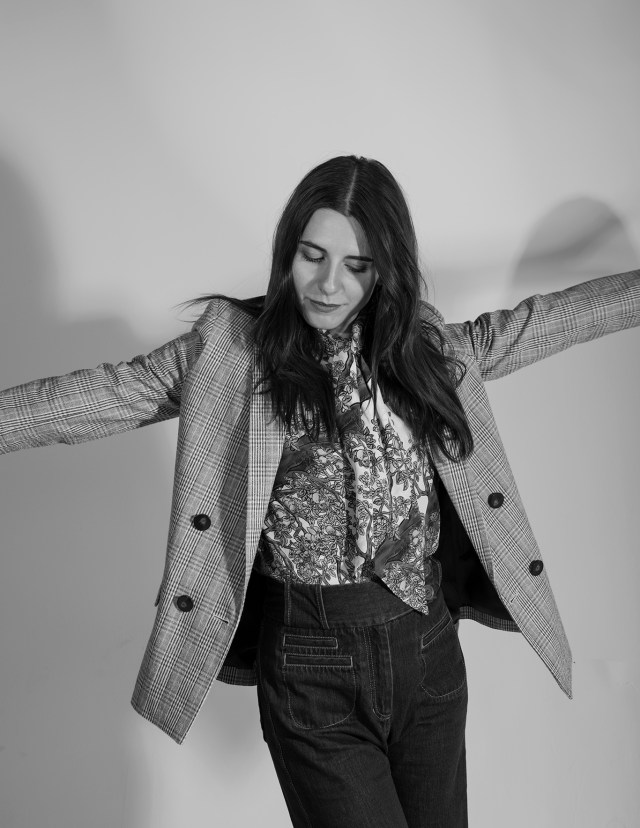