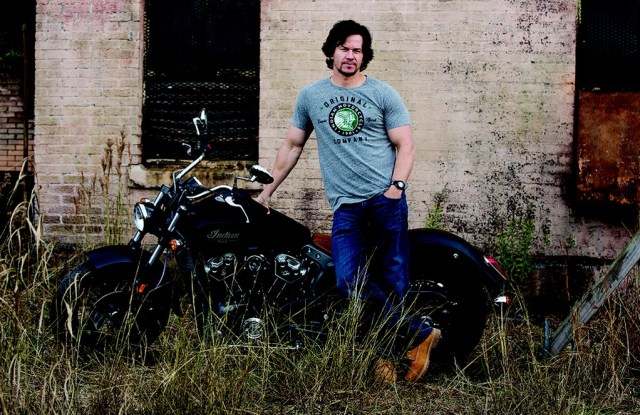 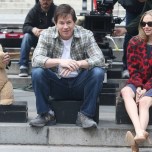 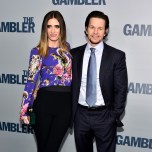 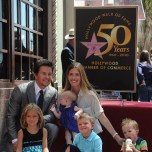 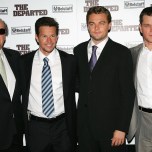 Tempting as it might be to reduce Mark Wahlberg’s career to a speed round of word association — Marky Mark, Calvin Klein poster boy, Dirk Diggler of “Boogie Nights” fame, “Entourage” executive producer, Wahlburgers cofounder, die-hard Boston sports fan or any of his other numerous incarnations — the guy’s business pursuits keep rolling nearly as fast as his film credits.

A signature limited-edition apparel collection with Indian Motorcycle is the newest pursuit for Wahlberg, whose portfolio includes stakes in Aquahydrate electrolyte-enhanced water (in which Ron Burkle and Sean “Diddy” Combs invested) and the Barbados Tridents cricket team, as well as his own Marked nutritional supplements. With three movies out in theaters this year — “Ted 2,” “Daddy’s Home” and “Entourage” — Wahlberg is also crafting an HBO show based on DJ Rude Jude Angelini’s autobiography. All these efforts have helped him accrue an estimated fortune of $200 million.

A distant relative of Nathaniel Hawthorne, Wahlberg has his share of stories. Reached by phone at his Los Angeles home last week, the father of four chatted about the Indian Motorcycle deal, teaching Will Ferrell how to ride a motorcycle, his Super Bowl-winning buddy Tom Brady, the pending pardon request for his juvenile delinquent conviction and how, at the age of 43, his mom still wants him to fly across the country to shovel out her driveway.

WWD: Why are you so driven?

Mark Wahlberg: I’ve been put in a unique position to do some things that I really care about and that excite me. You never know how long it’s going to last. You have to do things, expand your horizons and there are a lot of things I’m interested in. I can’t be running off to movie sets forever.

WWD: When did you start riding motorcycles?

M.W.: Gosh, I used to ride a lot when I was a kid, but, you know, not often enough. Friends were lucky enough to have dirt bikes in the neighborhood, so I knew very early on how to ride bikes with gears, which is something I’m trying to teach my boys now. They get so frustrated because they have to use a little dirt bike.

WWD: How did you get teamed up with Indian Motorcycle?

M.W.: Last year they approached me about being a brand ambassador and launching the new Scout at Sturgis [an annual motorcycle rally in South Dakota]. I was like, “Absolutely.” It was an excuse for me to be able to ride again and for my wife [Rhea Durham] to say “OK.” It’s great because my sons like to ride little 50s [dirt bikes], and we live in a gated community so we ride around the neighborhood. If I am given the OK, I love riding around in the Canyons.

WWD: Have you ever helped develop a clothing line?

M.W.: No. It was cool. We got to go in there and make sure that it represented us both and that it made everybody happy. When I did the Calvin Klein thing, I was basically just a model-for-hire. They weren’t really interested in my input.

WWD: How did you manage to get six bikes from Indian for “Daddy’s Home”?

M.W.: It’s like the Mini Cooper in “The Italian Job.” The bike plays a pretty substantial role — driving through the house, crashing through a window, landing perfectly on its wheels, all the while Will’s fork flex has been crushed, jumping over the giant ramp at a construction site — all kinds of crazy stuff.

WWD: Where does your fearlessness come from?

M.W.: I’m not fearless in the way that I used to be. I just went snowboarding with my sons. I took them to Yellowstone and I hadn’t snowboarded for 20 years. And these kids were just jumping off the lifts and going down the black diamonds like it was nothing. A friend of mine got a level 3 AC [acromioclavicular] shoulder tear within an hour of being there. So I knew, “Ah, I’ve got to be careful here. I’ve got to get home and stay in one piece.” I’m pretty cautious. I don’t mind taking my risks at work, because I know that I’m betting on myself. As long as I do my homework and come in prepared then I think I always have a great chance to succeed. But I’m still cautious about certain things, like we took all the necessary safety precautions when doing all those stunts.

WWD: The motorcycles are pretty heavy, aren’t they?

M.W.: The big boys that we ride in the movie are [560 pounds with fuel], but the new Scout feels like you’re almost riding a bicycle. It’s so light you can handle it, which is why I really love it.

WWD: When Ducati brought back the MotoGiro, an open-road, five-day motorcycle race in Tuscany, I wrote a story. I don’t know how to ride, I just rode with someone else. It’s just ridiculous how fast they can go.

M.W.: Well, it’s not fun riding fast on the back of somebody’s bike [laughs]. Yeah, I remember taking Will on the bike for the first time, and he was holding on pretty tight.…It was difficult [to teach him how to ride]. I play the cool, motorcycle-riding dad and he plays the very straightforward father figure. He’s trying to do all the things I do to try to impress the kids. There are some pretty hairy stunts as well and some pretty crazy accidents when he was learning how to ride.

WWD: How fast do you typically go?

M.W.: I observe all speed limits. It’s funny because if I’m making a movie, the studios and insurance companies don’t want me to ride. But if I make a movie where I get to ride, I kind of get to do what I want then.…Shooting “Daddy’s Home,” I was able to fly around all over New Orleans because we really didn’t have to observe the laws since we were making a movie. They had everything blocked off and stuff like that. You like to feel the power of the bike, but having four kids, I’m not the thrill-seeker I used to be. So I try to keep it close to the speed limit.

WWD: How would you describe your own style?

M.W.: I’m pretty casual. I like to wear a pair of jeans and a T-shirt that fits good and feels really comfortable. Being from Boston, it’s always important to have a little bit of green in there. I only like to dress up if I have to go somewhere. If I have to put a suit on, I’ll put a suit on. But I would rather wear a pair of Jordans or a pair of boots, jeans and a T-shirt. That drives my wife and my daughters crazy. But now they’ve seen the cool Indian shirts that they are able to wear, so they’re really excited.

WWD: Do they offer advice?

M.W.: Quite often. But the only time I’m taking the suggestions is like the other day we went to the daddy-daughter dance. It was the first time that my younger daughter got to go, so she wanted to pick my clothes. She was so kind enough to give me a pair of jeans and boots, but then I had to wear the light purple cashmere sweater that she picked out. But it was a great experience going with both of them for the first time.

WWD: That sounds like it could be a little nerve-racking as a father, no?

M.W.: It can be. The most nerve-racking thing is it is at the parish hall and there are two doors. They’re running around crazy with their friends going in opposite directions. And I like to keep an eye on both of them. But you know what? I got more dances than I thought I was going to get from both of them. I had to force my oldest to dance with me and the little one wanted to dance with me.

WWD: Were you surprised the “Ted 2” commercial with Tom Brady was viewed 31.7 million times in the 24 hours after its Super Bowl debut?

M.W.: No, the [original] movie became such a phenomenon, not only in America. It worked in territories where American comedies never really translated [well]. Before it aired on the Super Bowl, the other trailer that had been released had already been viewed 90 million times. We just knew that the icing on the cake would be if the Patriots won the Super Bowl. Tom Brady could be happy about not only being in the commercial, but also winning the Super Bowl. I’m actually looking at a picture of him right now, which probably sounds weird, but someone sent me a picture from the Super Bowl after the game.

WWD: How did you become friends?

M.W.: We’ve known each other since he was still a back-up [quarterback]. I’ve been friendly with [Patriots owner] Bob Kraft for a long time. I come to the games every so often. Tom started playing and then we offered him the part on “Entourage.” And we’d hang out whenever we got the chance, play golf or stuff like that. He’s got a great part in “Ted 2” and in the new “Entourage” movie.

WWD: Indian Motorcycle is an American brand. Was supporting American manufacturing a big part of your decision, in light of your father’s military service?

M.W.: Absolutely. That was a key component as much as anything. It’s always personal. It’s got to be something that really connects with us, you know who we are, where we come from and what we stand for.

WWD: Have you been back to Boston to see this month’s record 100 inches of snowfall?

M.W.: No, my mother keeps calling me screaming about coming home and shoveling out her driveway.

WWD: Is that going to happen anytime soon?

M.W.: I sent one of my buddies over there to take care of it. I just got home [to L.A.] and my kids are in school. There is a lot of makeup work on my desk. My kids would love to be in Boston, but I’ve taken them out of school three times already. They came to visit me on the set of “Daddy’s Home” for two weeks, we went snowboarding for a week and we went to the Super Bowl, so we’ve been doing a lot of stuff.

M.W.: We loved the snow. In the Blizzard of ’78, we were just jumping off the garage into the snow. If there wasn’t enough snow, you would literally shovel the snow into a pile so that you could jump off into the snow. But yeah, that could be pretty dangerous. Of course, when the plows would come and everything would be plowed onto corners, you would dig tunnels, make forts and do stuff like that. There was so much fun to be had that my kids never got to be part of. I’ve got to figure out interesting ways to share some of the fun things I was able to do as a kid.

WWD: Speaking of Massachusetts, you’ve requested a pardon from the state parole board. Is anything misunderstood about the pardon situation?

M.W.: Many things, but those things are out of my control. I’m just trying to continue to better myself to prove that if you do the right thing, there isn’t anything that you can’t accomplish. I just need to continue to keep doing that.