Martin Amis on Feminism and Tennis

By Samantha Conti on May 7, 2010
View Slideshow 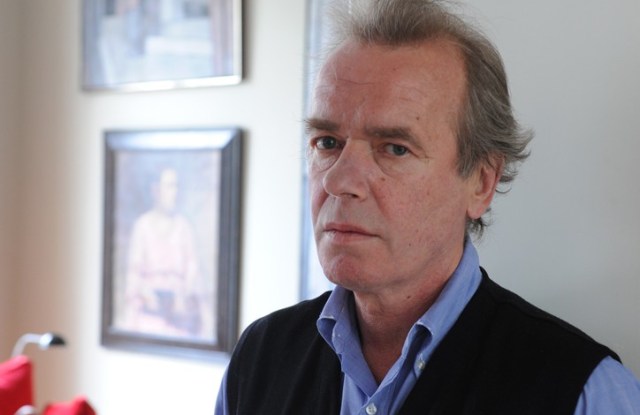 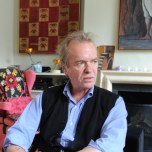 In his latest book, Martin Amis writes about an amorous aristocrat, topless English girls and much poolside frolicking at a castle in southern Italy. But Jackie Collins shouldn’t panic just yet. This is Amis after all, and “The Pregnant Widow” (being released in the U.S. by Random House May 11) also includes Greek and Latin etymology, tales from Ovid’s “Metamorphoses,” critiques of the 18th-century British novel and reflections on the Sixties’ sexual revolution and its consequences.

The story centers around a group of 20-year-olds who are living it up — or at least trying to — at an estate in Campania, not far from Naples. The girls want to act like boys and sleep around, while the sensitive hero, Keith Nearing, doesn’t know how to behave. They are a generation of in-betweeners: “Something was churning in the world of men and women…a realignment having to do with carnal knowledge and emotion,” Amis writes. “Keith did not want to be an anachronism…he decided to get better at not falling in love.”

Since its release in the U.K. earlier this year, “Widow,” Amis’ 12th novel, has received mixed reviews. The Economist called it “Amis at his absolute and unique best”; The Independent dismissed it as “a self-obsessed irrelevance.”

But the 60-year-old Amis remains one of Britain’s most acclaimed writers. His first novel, “The Rachel Papers,” was published when he was 23 and won the Somerset Maugham Award. The author has become equally as known for his youthful romantic adventures with a string of brainy girlfriends. Yet he is doubtful about the legacy of the sexual revolution. “My oldest daughter, when she was in her 20s — she’s married now — it was she who said, ‘The boys have won — yet again.’ It’s now accepted that absolutely no commitment is what the male wants, and increasingly what the woman wants,” says Amis.

Seated on a slightly crooked, hand-carved African wooden chair in the sitting room of the London home he shares with his second wife, the writer Isabel Fonseca, and their two young daughters, Amis talks about “the strange convolution” that feminism seems to be going through. “They say pole dancing is empowering. For whom? How many 60-year-old pole dancers do you know?” he asks. “It empowers the young ones — and only the pretty young ones — and that’s it. That privilege of pretty young women has always been there, and now it’s just in a more vulgar form.”

Amis’ next novel, “State of England,” takes on what he sees as the vulgarity of contemporary British society. “It’s about a violent young criminal who wins a hundred million pounds on the lottery and becomes a sort of celebrity,” he says. “This is the land of Shakespeare, and everyone wants to know about Jordan!” he adds, referring to the British tabloid star whose real name is Katie Price and who is known for her gigantic breasts, fake fingernails and roller-coaster romances.

That Katie Price is also a best-selling author in the U.K., with various chart-topping biographies, children’s books and ghostwritten novels, only supports Amis’ opinion on the English zeitgeist. Needless to say, he hasn’t read any of Price’s prose. “I read a lot, but I don’t read contemporary fiction, because I think it’s just an incredibly uneconomical way of spending your time,” he says. “For me, to read a novel, that novel has to have been around for half a century and to have stood that test. So I read people the generation before me and earlier. And I read my friends.” Lately he’s become obsessed with “Tales from Ovid,” Ted Hughes’ translation of a selection of stories from “The Metamorphoses,” parts of which appear in “The Pregnant Widow.”

Amis is also working on a collection of essays and an autobiographical piece, the working title of which is “Life: The Novel,” although he feels his story is far from over. “I’m still called the ‘bad boy,’ not even the ‘bad man’ — ‘bad old man,’” he says. “Tolstoy was right. We don’t get older inside. You stay the same, time moves past you with these sort of devastating effects, but the inner spirit is what it always was.”

Physical aging, however, is a whole different story, and Amis — a famously keen tennis player — admits he’s feeling creaky: “The return comes over the net, and you think, Oh, look, there’s a ball coming over the net, instead of having a slightly anticipated move towards it. So then you do an absurd dash toward the ball, and then you’re completely crowded on the shot. It’s grotesque. Going to a lot of trouble to get humiliated every afternoon, I don’t see the appeal of that.”