Mary Beth Barone is a comedian to know in 2021. She talks new Comedy Central Show "Drag His Ass" and stand-up post-COVID-19.

One of the weird things about blowing up during lockdown is that the internet suddenly introduces you to all kinds of audiences — exes included.

“I did a TikTok early in quarantine and Barstool Sports reposted it, and then I got a lot of texts from straight guys that I haven’t spoken to in years,” says the comedian Mary Beth Barone. “So that was a real full-circle moment. To get to be on their radar because of Barstool Sports. Never thought we would collab, but hey — the internet is a crazy place.”

Barone, chatting over Zoom from the house she grew up in in Connecticut, is a Manhattan-based comedian who has only been in the professional comedy game for a few years but who’s already made a name for herself in the space. She was chosen as one of Comedy Central’s Up Next in 2019, and in 2020 was named one of TimeOut NY’s Women of the Year and listed as a comedian to know by Vulture. Over the pandemic she has pivoted from stand up to TikTok, a Spotify podcast with Benito Skinner and more, and has now released a digital series on Comedy Central called “Drag His Ass: A F–kboy Treatment Program.”

Barone says it took her some time to adjust to the reality of life without stand-up when the pandemic first hit.

“Obviously not having stand-up is not the biggest loss of this pandemic, right, but for me it was so crazy to go from doing so many shows per week — I was performing five or six nights a week — to not being able to do any shows and be locked in at my parents’ house. No SoulCycle, no seeing friends, no grabbing coffee or drinks,” she says. “In some ways it was nice to have to figure out different ways of being creative, but I definitely miss stand-up and getting these tiny little pockets where I get to do it just makes me miss it more.” 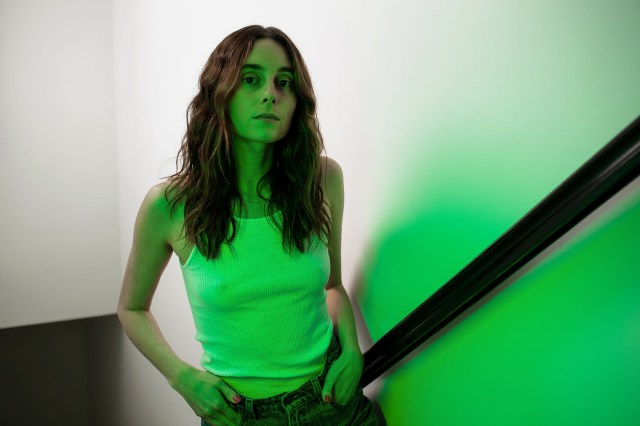 She’s slowly been making her way back into small, outdoor live events and is finding them just as hard as before, with the added pressure of not being able to gauge audiences’ masked reactions.

“People were like, ‘Oh, stand-up will be easier because people are so starved for entertainment,’ but I think it’s just as hard as it’s always been. People aren’t going to laugh if they don’t think it’s funny,” she says. “People are wearing masks so you can’t really see their reactions and then laughs are a little bit muffled, but you just have to go at it with the same level of delusion and confidence that we had before. I think I am having more fun doing it because I miss it so much.…It’s good to really feel like I appreciate it.”

Barone is the youngest of six siblings, which is where she says her desire to entertain comes from.

“Being the youngest, I’ve always just wanted attention. I think that’s what got me to where I am now — that desire,” she says.

Her father had his own trajectory as a stand-up comedian, in New York in the ’70s, before becoming a surgeon.

“I’m sure he would’ve been successful at it, but then again I don’t know if they would’ve had six kids [if he were a comedian], so I’m grateful for the choice that he made,” she deadpans.

She had been living in New York for four years and was working at a start-up when she decided she wanted to have a hobby: improv fit the bill.

“After I did improv classes I was like, ‘you know what, I’m going to try to do stand-up. I’m just going to see how it goes.’ So I went to an open mic and I didn’t tell anyone except for one of my brothers, and I was like ‘if I bomb I’ll never do it again,’” she says. “And it was a two-minute open mic so I was onstage for only 120 seconds. But the minute I got off stage I was like, ‘OK, this is it. This is what I want to do.’” 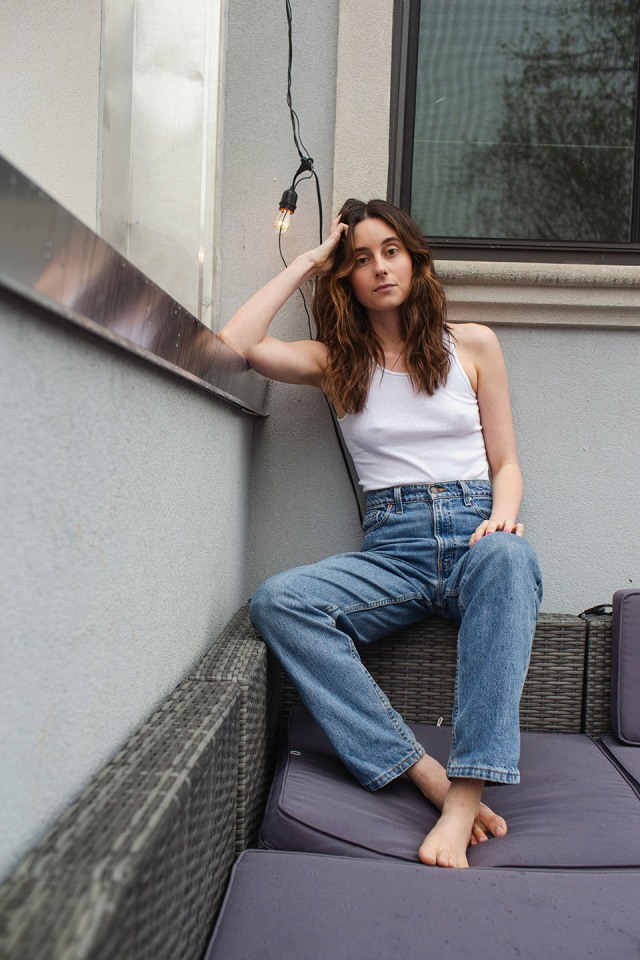 That was in 2015; by the following year she began to pivot her lifestyle to incorporate more comedy, and has been a full-time comedian for almost two years now.

In addition to “Drag His Ass,” Barone is working on an original scripted half-hour comedy series, as well as a few other hush-hush projects. She says it’s both exciting and strange to be having a moment in the midst of the pandemic.

“I’m happy that things are moving forward even though I can’t perform live most of the time and it’s a lot of doing things from home, but it’s definitely something that takes getting used to,” she says. “There was a point where I was like, ‘OK, I’m going to archive all the pictures on my Instagram of my family, and just really make it about me being a comedian.’ I just got weirdly protective of my personal life, which is so contradictory to everything I do onstage because I’m talking about my life in intimate detail. But I think that the parts that I can control I’ve learned to appreciate more. It’s a bit of a balancing act. But it’s amazing. I can’t even really describe — it feels like things are happening.”

Nasim Pedrad on ‘Chad,’ a Teenage Boy Learning His Way