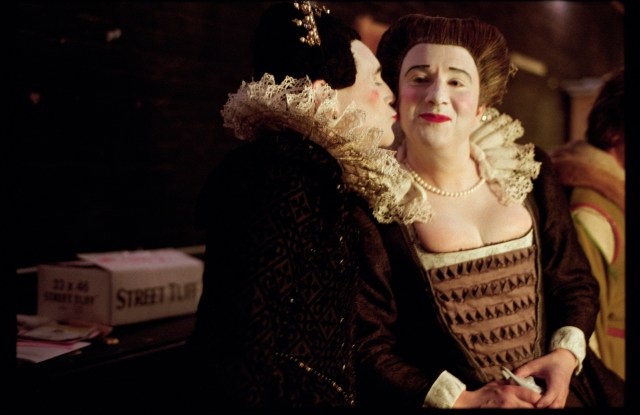 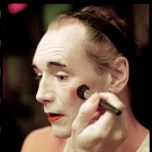 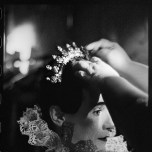 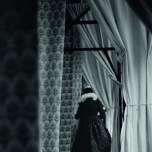 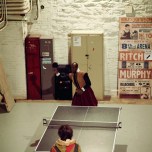 LONDON — Like a good reporter — or therapist — photographer Mary McCartney likes devoting her time to examining sides of her subjects that the public rarely gets to see. She’s whiled away hours with a geisha, documenting her dress and makeup routine from start to finish, spent time with the drag queen Miss Fame, done photo studies backstage at fashion shows and embedded herself with dancers from The Royal Ballet.

“I’m very interested in behind the scenes,” said McCartney, a member of the music clan and an elder sister of Stella McCartney. “I always think, ‘How did someone become an actor? What did they have to give up? What do they look like in their normal, everyday life? How did they transform?’ My mind goes into that,” she said, adding she prefers not to know her subjects: “In a way, that’s part of the energy I put into it, making the connection with someone who I don’t know, it’s quite a challenge.”

Her latest project, “Twelfth Night,” (Heni Publishing) is a behind-the-curtain look at the all-male cast of Shakespeare’s play, starring the Academy and Tony Award winner Mark Rylance — who also wrote the book’s foreword. Her chiaroscuro, painterly images — shot on film with the Leica R from her late mother Linda McCartney — come from one December performance at the Belasco Theatre on West 44th Street in New York. They show the actors painting their faces, strapping on corsets — and playing ping-pong dressed in ruffs, doublets and stockings.

Here, McCartney talks to WWD about her time spent with 17th century gentlemen-turned-ladies, and some private moments backstage.

WWD: What was it like photographing the cast in such an intimate setting and while the play was taking place?

Mary McCartney: It was real pressure, and I was slightly freaked out but equally as excited. I knew how close the ensemble cast was, and I knew no one had photographed them in that way before. So I felt quite responsible to be able to deliver photos historically for them. Nobody knew me, and I hadn’t talked to them about it, but they seemed intrigued and there was a friendly atmosphere. I would say Stephen Fry was the most in his own world — very much in his own head. He needed his space. The photographs were done in very low light, and the conditions were not ideal, but those kinds of challenges actually helped — and it made me like the pictures more.

WWD: Mark Rylance writes in the book about giving “a little prayer of thanks” backstage after each performance, and you captured that. Can you talk about the experience?

M.M.: I really enjoyed that moment because it showed a process that I just didn’t know at all. I hadn’t seen an actor do that before. When he came off the stage, he immediately went into a room and, as he’s changing, he [says a prayer] to decompress and to become himself again and let go of the character that he’s been playing.

WWD: Did your original plan take any unexpected turns?

M.M.: I thought I was going to leave once [Mark] was made up, because that fits in with my own personal work. In my mind, I was going to be there while he put his makeup on and then say thank you and leave him alone to get ready. And then he said, “Do you want to stay?” So it was just that one evening from when he was getting made up to when he undresses. And that felt very special.

WWD: What were some of your favorite shots?

M.M.: There’s a big basement area underneath the dressing room at the Belasco, where the actors had a hangout area — and a ping-pong table. I love the ping-pong ones. There’s one of Mark, a color portrait. It’s in profile and his eyes are a little in shadow and it’s a single image with that white ruff around his neck. There’s a lot of depth in it because he’s having a quiet moment until he goes back on stage.

WWD: You clearly know your way around a backstage, having grown up with performing parents and a fashion designer sister. How does that impact your work?

M.M.: We used to tour with [my parents] as kids, so we grew up with that. It’s made me more aware of what goes on, and what goes into putting on a show like that. So maybe because I’m more aware I can sort of drift off and think about what’s going on.

WWD: What is your next project?

M.M.: It’s a book with Rizzoli, a horse project. It’s for spring 2018, and about a white horse that I ride, an Andalusian stallion, with photographs taken like a diary. Some of them are on my Instagram as well, and that’s kind of where the idea came from. I might also do a book [based on my Instagram portraits] called “#Someone” — people that just really catch my eye on a day-to-day basis. That’s ongoing. And then I’m just generally working on limited-edition prints of things that I love.