He's one of only eight country artists in six years to have his first two singles top the charts.

Matt Stell doesn’t fit the mold of the typical country singer. He grew up listening to alternative rock, played college basketball — he’s 6 feet 7 inches tall — and after a medical mission trip to Haiti, was accepted into a pre-med program at Harvard University’s Extension School.

But the 37-year-old Arkansas native put all that in the rearview mirror in 2014 when he signed a songwriting deal with Wide Open Music.

Since then, Stell has slowly begun making his mark in country music. Now signed to Nashville/Arista records, Stell’s first radio release, “Prayed for You,” hit number one and was certified platinum, and his gold record follow-up, “Everywhere But On,” also hit the top of the charts, making Stell one of only eight debut country artists in the last six years to have their first two singles top the charts. His latest release, “That Ain’t Me No More,” is rapidly becoming a radio and fan favorite.

To say he’s well-spoken and a bit of a brainiac — he’s partial to books on science — is an understatement. But his smarts have served him well as he systematically builds his career in music rather than medicine. And he has no regrets about his decision. “I had gotten a master’s degree in communications and then applied for a pre-medical program. I was excited about it but there was a part of me that knew there was no guarantee I could even do it — and luckily I didn’t have to find out the hard way. I’m happy I didn’t fail out with a bunch of debt,” he said with a laugh. 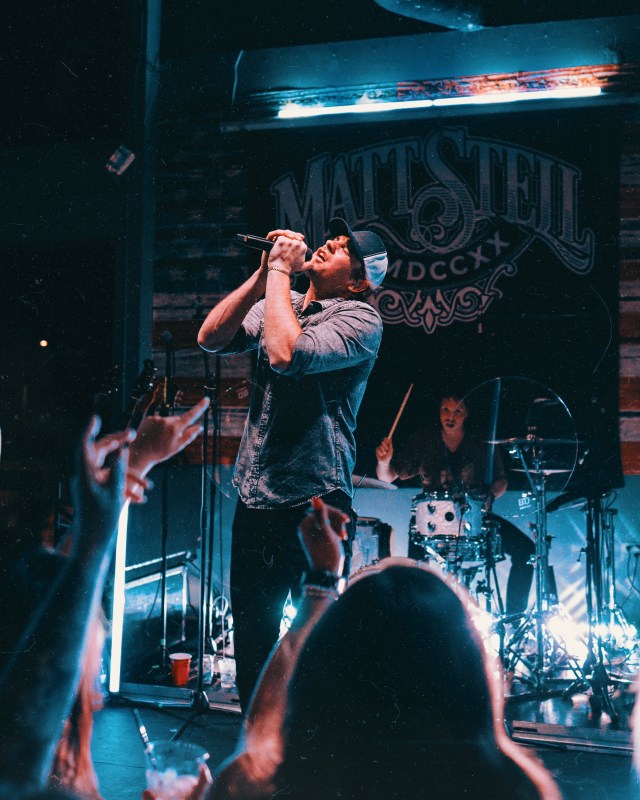 The singer-songwriter has gotten comfortable on center stage.  Midtown Motion

“Prayed for You” with its message about a lonely guy who prayed to find the girl of his dreams certainly connected with listeners and changed Stell’s life. “It definitely knocked all the doors down for us,” he said.

But at its roots, it’s a love song, which is something Stell is not especially comfortable with. “It’s not that I don’t like love songs, it’s that they don’t come as natural to me,” he said. He says he’s “happiest when I’m rocking out,” which he attributes to “being a product of the ’90s and growing up around alternative music. A lot of that stuff had this melancholy, negative vibe but it never made me feel that way. To me, that’s what songs were made of so I find myself in that headspace a lot of times when I’m writing.”

That melancholy is evident in “Everywhere But On,” which tells the tale of a guy trying to escape the memory of a broken relationship by traveling around the country picking up odd jobs. Stell admits that it is “one of my favorite songs I’ve ever written. I grew up listening to all kinds of music, but I have a little bit of an indie streak and it shows in what I write.”

The latest single, “That Ain’t Me No More,” also tells a story about a lost love who has moved on to another guy after being treated poorly by the singer. The song was actually written by Hunter Phelps, Jake Mitchell, Michael Hardy, Nick Donley and Smith Ahnquist and is the first single he’s released that he didn’t write. 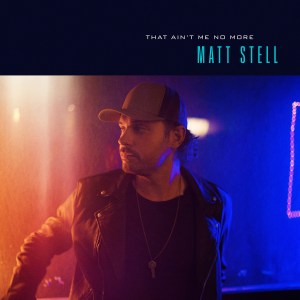 The promotional image for his new single.

“I moved to Nashville to be a songwriter and implicit in that is the idea that the best song wins,” he said. “When we go to record music, I don’t really care whose name is at the top of the page. At the end of the day, I just care about the song.”

To accompany the single, Stell also starred in the video playing a guy on probation trying to turn his life around but still harboring inner anger about how he let the girl slip away. Acting in videos is new to Stell, but something he’s embraced. During the pandemic, he also filmed a tongue-in-cheek video for “If I Was a Bar” where he played 13 different characters.

“I don’t like to let opportunities of any kind go by without at least failing at them,” he said with a smile. “So any time something comes up that’s outside my wheelhouse, whether it’s acting for a music video or reading for a part — I don’t have any background in that so it’s new and uncomfortable, but it’s been my MO to try and chase those things down and see what happens.”

One silver lining of the lockdown was the opportunity it afforded him to concentrate on writing music. “I wrote nearly every day and because of the technology it afforded us, we were able to do that through Zoom,” he said. “It’s not ideal but it certainly beats the alternative of sitting at home and writing by yourself. I still write by myself, but collaborating with people is a lot of where country music comes from now. I think music is going to be better for that time off.”

Even though Stell is now making his mark in front of the microphone, it begs the question: What does he prefer? Writing music or performing?

“I sometimes see myself, even now, as more of a songwriter than an artist,” he said. “But that could just be because I’ve done it every day for the past few years and the artist thing [is newer]. I enjoy aspects of both of them and if you took one away, I probably wouldn’t enjoy the other one as much.”

Right now, it’s his artist persona that is garnering the most attention and it will continue to be the focus now that he’s started touring again.

“We’re back on the road,” he said. “Some of the venues will have capacity rules but in terms of dates on the books, especially now that it’s started to heat up and everything is outside, we’ve been really busy. We did a headlining tour right at the start of everything opening up in the Southeast. And now it’s a lot of fairs and festivals. We’re excited to be out there and be able to do it in a responsible way. I can’t tell you how many years I’ve been playing music and I hadn’t spent that many consecutive days at home as we did during the pandemic. We’ve been chomping at the bit to get back after it.” 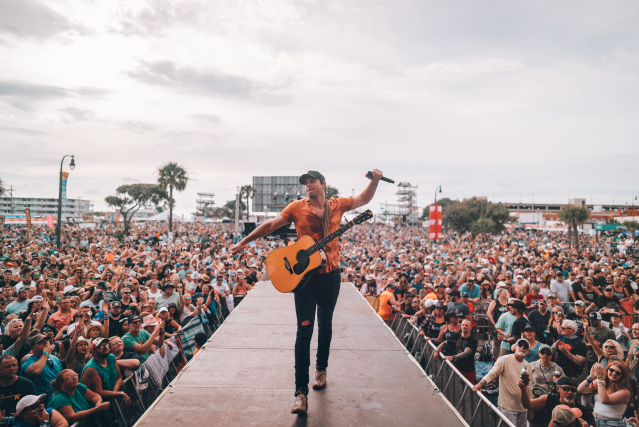 On stage, Stell can also flex his fashion muscle. He works with a stylist, Amanda O’Connor, and is partial to PRPS, Rag & Bone, ML Leddy custom boots and other brands that help him create his country-boy-meets-big-city aesthetic. O’Connor said she selects Ksubi, Purple, Frame, Nudie and is growing his collection of All Saints leather jackets and Jordan sneakers, no surprise with his basketball history.

“I come from nowhere, Arkansas, which I love and am proud of, but I’ve learned since I’ve been in this business how important a cohesive look is to your art. That visual representation of what you’re doing is so much more immediate than giving somebody four minutes to listen to a song.”

So with his vision and his path set, where does Stell see himself in the future?

“It really helps me to set goals that are executable, that I have complete control over,” he said. “Like writing X amount of songs in a certain time period. In a perfect world, I want to play music I care about to people it matters to, and I want to do that on as big a scale as possible.”