The filmmaker collaborated with Dior's Maria Grazia Chiuri for the second time on a short movie showcasing her haute couture collection. 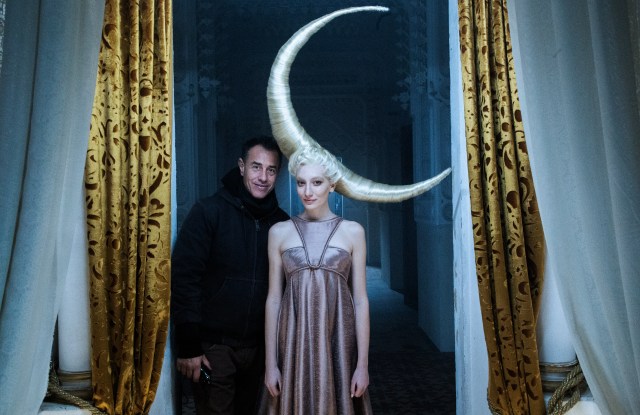 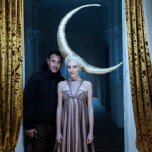 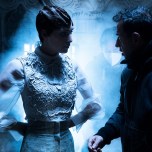 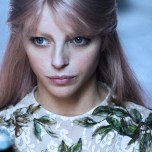 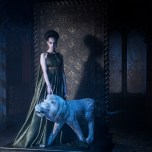 PARIS — A filmmaker known for his brutal portrayal of the Mafia may not seem like a natural choice for a fashion film, but Italian director Matteo Garrone has two facets.

On the one hand, he delivers biting social commentary with films like “Gomorrah,” “Reality” and “Dogman.” On the other, he creates painterly fantasy worlds in movies such as “Tale of Tales” and “Pinocchio,” his most recent release.

“Le Château du Tarot,” released online on Monday on the opening day of Paris Couture Week, is his second short film developed in collaboration with Maria Grazia Chiuri, creative director of women’s collections at Dior, in response to the restrictions imposed by the coronavirus pandemic.

Both projects showcase haute couture, the apex of fashion design with made-to-measure creations that harness specialized techniques handed down from generation to generation. Garrone started out as an artist, and it shows: His take on Dior’s spring couture collection is like an Old Masters painting come to life.

The storyline is inspired by a 15th-century deck of tarot cards created for the Duke of Milan, and features a young woman — who switches appearance between a feminine and a masculine guise — having to overcome various tests in order to achieve self knowledge.

Garrone and Chiuri were criticized last July for featuring an all-white cast in their first collaboration. This time around, they selected a more diverse group to play the characters, inspired by tarot figures like The Empress, The Devil and Justice. Franco-Italian actress Agnese Claisse holds the main role.

Shooting took place at the castle of Sammezzano near Florence. Built in the Moorish Revival style, it has provided the backdrop for several films since the 1970s, including Pier Paolo Pasolini’s “Arabian Nights” and Garrone’s “Tale of Tales.”

In an interview with WWD, Garrone talked about crossing over into the fashion world, telling a story without words, and why he’s not ready to give up his Moon Boots just yet.

WWD: Your cinematic output seems to be two very distinct universes, one that is grounded in realism and social commentary, and then the other in fantasy and imaginary universes. What do they have in common?

Matteo Garrone: It’s difficult to talk about my work, because probably you have more distance than me, but all my movies that start from a contemporary story, I try always to bring them in a dimension that is a dimension of fairy tales, more fantastical, and I do the same when I make a movie from fairy tales — I try to bring the story to the ground, to a realism.

WWD: When you make your own films, you’re in sole creative control of the whole project. How does working with a brand like Dior change your process?

M.G.: I like very much to work with Maria Grazia and with Dior. First of all, they chose me for my movies, and then they leave me free to make stories that I can recognize at the end, stories that are really personal. And at the same time, of course, I know that I’m working for Dior, so I try to do my best to show also the work of Maria Grazia in the story. So it’s a sort of wedding between us. She tried to create her work thinking of the characters of my movie, and I tried to show her work in my movie in a way that is all organic. And I think that is quite rare. But for me it’s also an opportunity to explore new territory.

There is always in my work a fantastical aspect, also in the stories that seem to be more realistic, like “Dogman” or “Reality.”

So I feel comfortable on these projects with Maria Grazia because we can easily create a world that is surreal, metaphysical, abstract, and at the same time it’s also realistic. 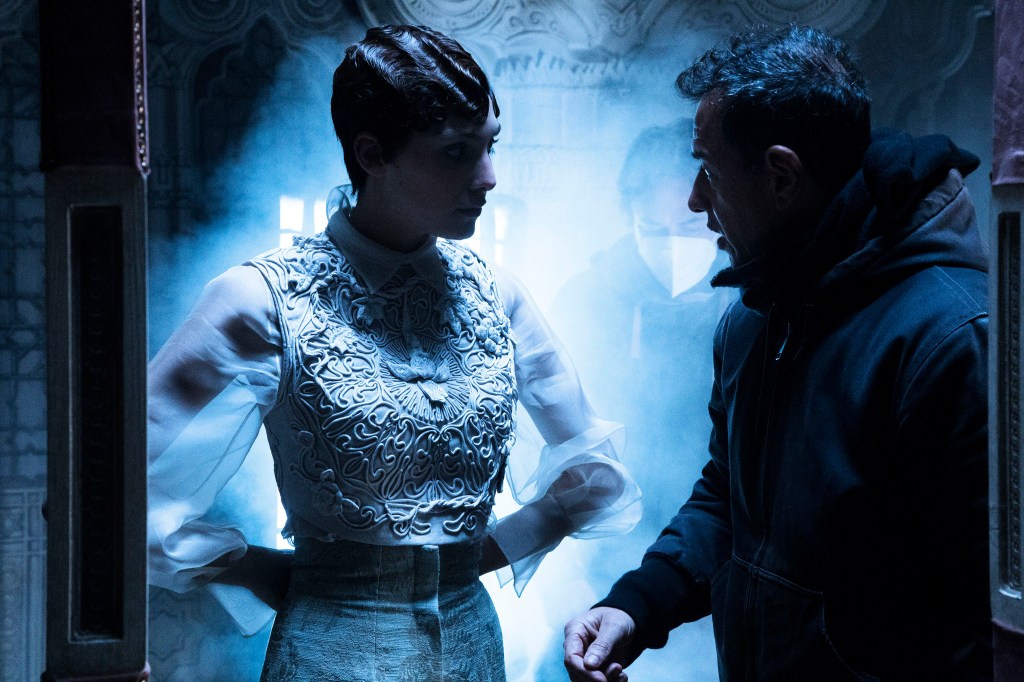 Director Matteo Garrone talks to a model on the set of his short film for Dior.  Courtesy of Dior

WWD: How do you feel about working in a short format?

M.G.: Well, it’s a very good exercise for a filmmaker, first of all because we tell stories — also the new one — without words. You have to tell a story just with images, so you go back to the root of cinema, to the origin of cinema: the silent movie. So it’s a pure cinema, and for me, it’s the most noble part of cinema, when you can tell a story just visually, so it’s always a very interesting challenge. When Maria Grazia approached me about making this second movie, I was really worried. Because the first one came out so well in such a short time, I was afraid to tempt fate.

But then I loved the idea to explore the world of tarot. I was a painter before becoming a filmmaker, so I felt immediately a relationship with this world, and the idea of exploring an esoteric, mysterious world, and also to travel inside of the unconscious of a person trying to look for herself.

WWD: Tell me about the location where you filmed.

M.G.: It’s a very familiar location, because it’s a castle in Tuscany where I shot a part of “Tale of Tales” six years ago. I went back because it was a very esoteric and magical castle, and at the same time also with a part that could be a labyrinth. In our mind, there was this idea of the labyrinth of the mind of the girl, so a place where you can lose yourself. It was the ideal location for this story, so we went back and fortunately we found the castle as we left it six years before.

WWD: So you were comfortable with the environment.

M.G.: It was very cold, to be honest, but yes. I was shooting with Moon Boots, which was not very Dior, but it was too cold.

WWD: I imagine the models were cold as well.

M.G.: Yes, they suffered a lot. We tried to put everything to make it warmer, but the castle was so big, and it was almost snowing, because it was on the top of a hill in Tuscany around Christmas. 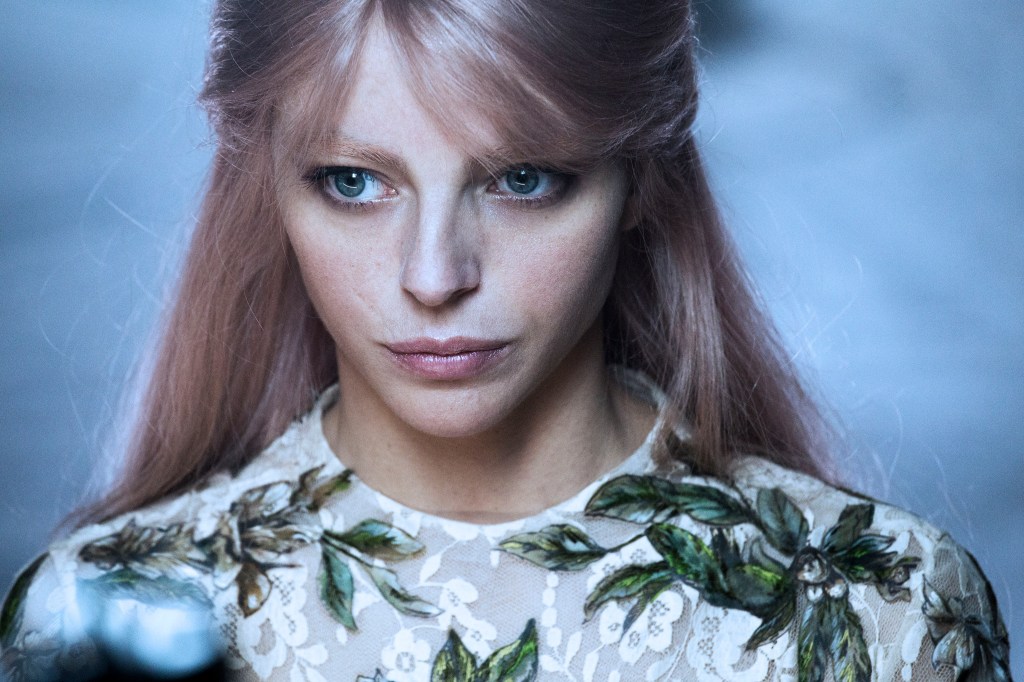 WWD: How did you develop the storyline?

M.G.: For me, it’s an opportunity to make cinema and trying to put my way of telling stories at the service of fashion, and at the same time, Maria Grazia designed her collection also thinking about our story and cinema, so there is a sort of fusion, similar in a way to the fusion of the story that’s between the masculine and feminine parts of this person.

The main character is played by Agnese Claisse, who is an actress and a musician. I cast also actors and not just models, because we wanted to make a short movie like cinema.

We worked with Andrea Farri for the music. We created an original score for this story, trying to be mysterious, but at the same time light, because it’s like a game. This character has to overcome many challenges to succeed in finding herself.

She’s a sort of modern “Alice in Wonderland,” so it was important to keep the atmosphere of the story light — something fresh and sensual like in a dream.

WWD: What projects do you have lined up next?

M.G.: I would like to find a new project, but unfortunately at the moment I don’t have any ideas.

I’m reading and waiting for a new adventure.