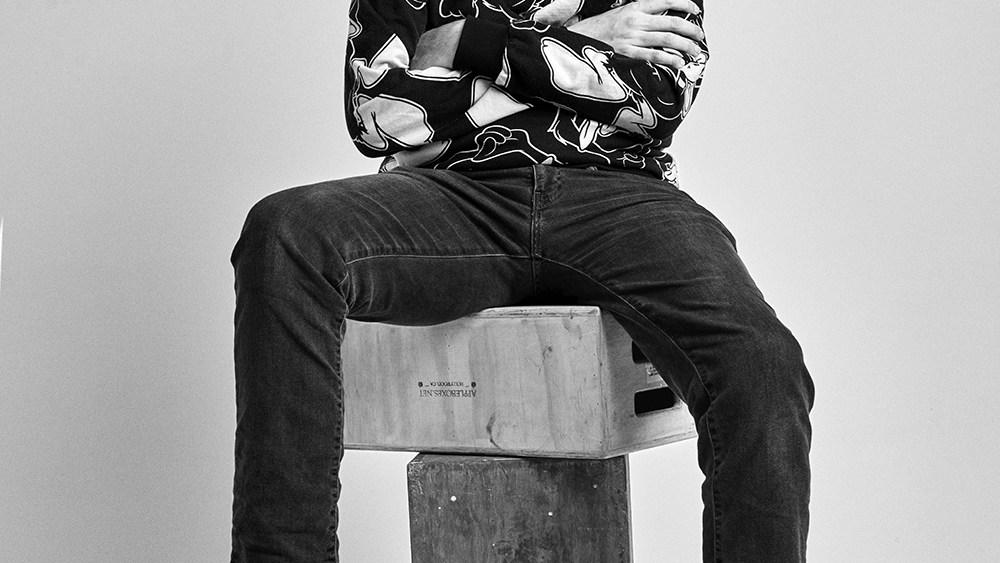 If the art of acting had 10 commandments, perhaps the first would be “Know thyself.” Matty Cardarople has this down pat. In fact, he can identify the type of role he’s best suited for without hesitation: “I’m, like, born to play the clerk role, you know?”

“That’s me — the awkward clerk at a store,” Cardarople continues over the phone from Los Angeles, where he lives. “I love playing roles like that.” And so he seeks them out — the bartender in “20th Century Women,” for example, or the gyrosphere operator in “Jurassic World,” which he says was one of Steven Spielberg’s favorite characters in that film. His latest role is in Netflix’s “Lemony Snicket” series as the henchperson of indeterminate gender. He originally auditioned as the hook-handed man, but says director Barry Sonnenfeld, whom he refers to as “the ultimate maestro,” felt he would be better suited for Orlando, the henchperson.

Cardarople was bullied growing up, and his parents’ divorce when he was still young left him “traumatized.” He drew upon these experiences for his “Lemony Snicket” role, which hit home for him. “People like that feel like outsiders and I’ve always felt kind of like an outsider,” he said. “That’s where I fit in…I’ve always been an oddball, but I feel like that’s who I am.”

He credits Jim Carrey in the “Ace Ventura” movies with inspiring him to act, and even built a Carrey shrine in his room. “I was just obsessed with Jim Carrey,” he says. “I’ve just always worshipped him. I got to work with him on ‘Dumb and Dumber To’ a few years ago and that was incredible. Meeting him was so magical, to be able to shake his hand. [It’s] just one of those things that you’ll never forget.” He purposely didn’t tell Carrey about the shrine.

After graduating from the New York Film Academy in Los Angeles, Cardarople became a personal assistant for Luke Wilson. “I got to travel quite a bit with him and that kind of taught me the ropes of the film industry and how to act and what to do,” he says. “It was a really great learning experience, being able to work for him. I think it molded me into the actor I am today.”

Outside of acting, Cardarople loves to draw, paint and eat pizza, which he does almost every day. Google his name and one of the first pictures that comes up is of him eating a slice on a red carpet. “Well, I’m just trying to brand myself, I guess,” he says of the photo. “I’m a big kid at heart. Just for marketing purposes, I thought that’d be funny to do. And also just kind of take away from the ‘Oh, I’m an actor, I’m on a red carpet’ and make it fun.” He prefers pepperoni pizza. He’s a “classic guy,” after all.

“Lemony Snicket” allowed Cardarople to work alongside actors like Neil Patrick Harris and Usman Ally. He describes Harris in particular as a “master at his craft” who has a good attitude. “The first big scene that I had with [Harris], he came up to me and gave me a big hug and made me feel very welcomed,” he recalls. “There’s a disguise he’s in for one of his parts where he has to have a wooden leg. He had his leg strapped up for like, 12 hours a day and he didn’t complain about it….He was amazing not to complain about something like that because most actors might.”

Cardarople is in six of the series’ eight episodes, which are each about 50 minutes long. He declines to talk about it further, revealing it’s under wraps.

Outside of “Lemony Snicket,” he’s working on a movie that he wrote, “Pet Clerks,” about “people that work at a pet shop.” He also has a role as a character named Stu in an upcoming film called “The Big Sick,” which will premiere at Sundance. In it, he plays a fast-food employee.

“Lemony Snicket’s A Series of Unfortunate Events” premieres on Netflix on Friday, Jan. 13.